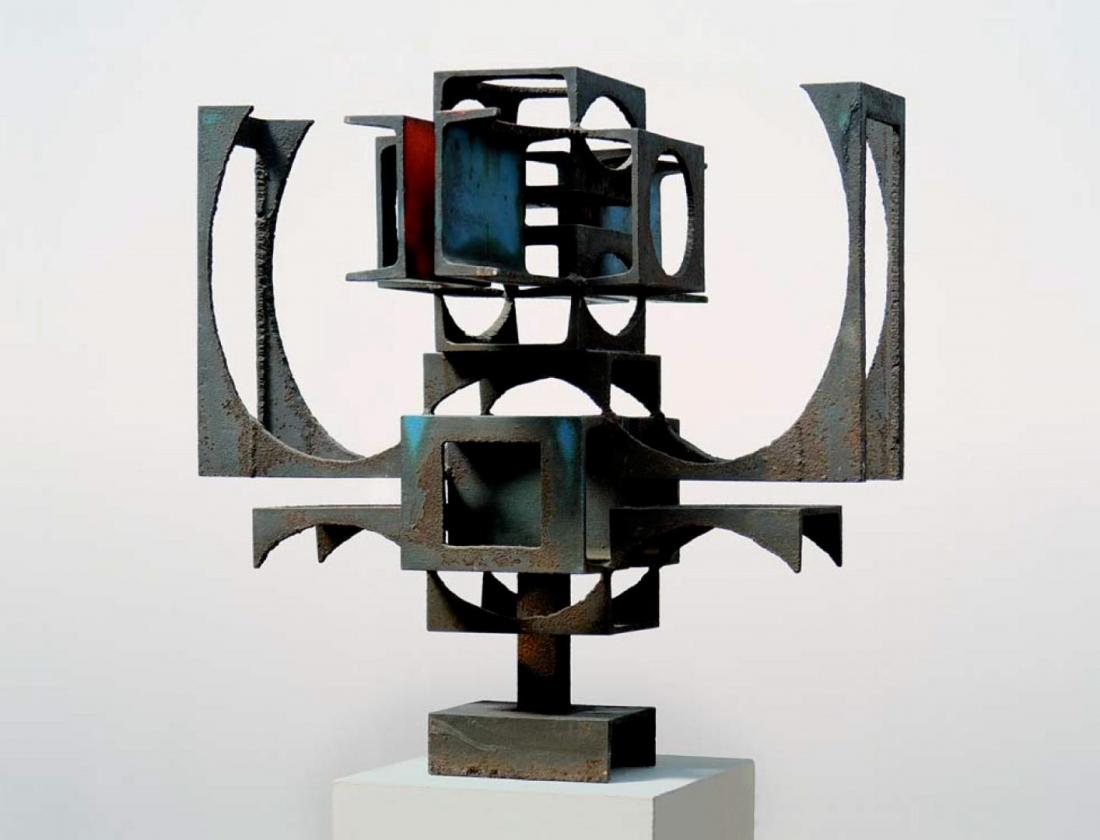 In 1970 Rudolf Valenta emigrated to London and he has lived and worked in Berlin since 1974, where he has successfully established himself and has realised several major monumental works in other German cities, in addition to his uncommissioned works. Since 1989 he has once more started to work with colour, which supports the spatial imagination. His work of the past two decades represents a constructivist summation of thoughtful composition, and a sense of order and harmony.

Rudolf Valenta started in 1963 with welded sculptures constructed out of machine parts found in dumps. The 1960s, which he spent in the Ostrava region surrounded by steelworks and pithead machinery, were a decisive period when he acquired a lifelong relationship with used materials. He gradually broke free of the existential mood and around 1965 he started to concentrate on a more systematic mathematical organisation and geometrical structure of his works. The basic elements —— square, circle and triangle —— would mutually balance each other in the conviction that the work thereby acquires its own movement, story and content. Work with abstract forms is related to Valenta’s ongoing interest in architecture and its development, and particularly its elementary morphology. He played a key role in the organisation of the International Symposia of Spatial Forms in 1967 and 1969, which were held in Ostrava and were attended by leading figures of international sculpture including Nicola Carrino, Jo Oda, Barna von Sartory and Yves Trudeau. His monumental sculpture in welded steel was one of the few that survived the deliberate destruction of most of his works. In about 1974 it was transferred to the grounds of the swimming pool at Frýdlant nad Ostravicí. Twenty years later it was reconstructed, returned to Ostrava and placed in the Milada Horáková Park. The work presented at this exhibition is a model of that work and measures 390 cm.