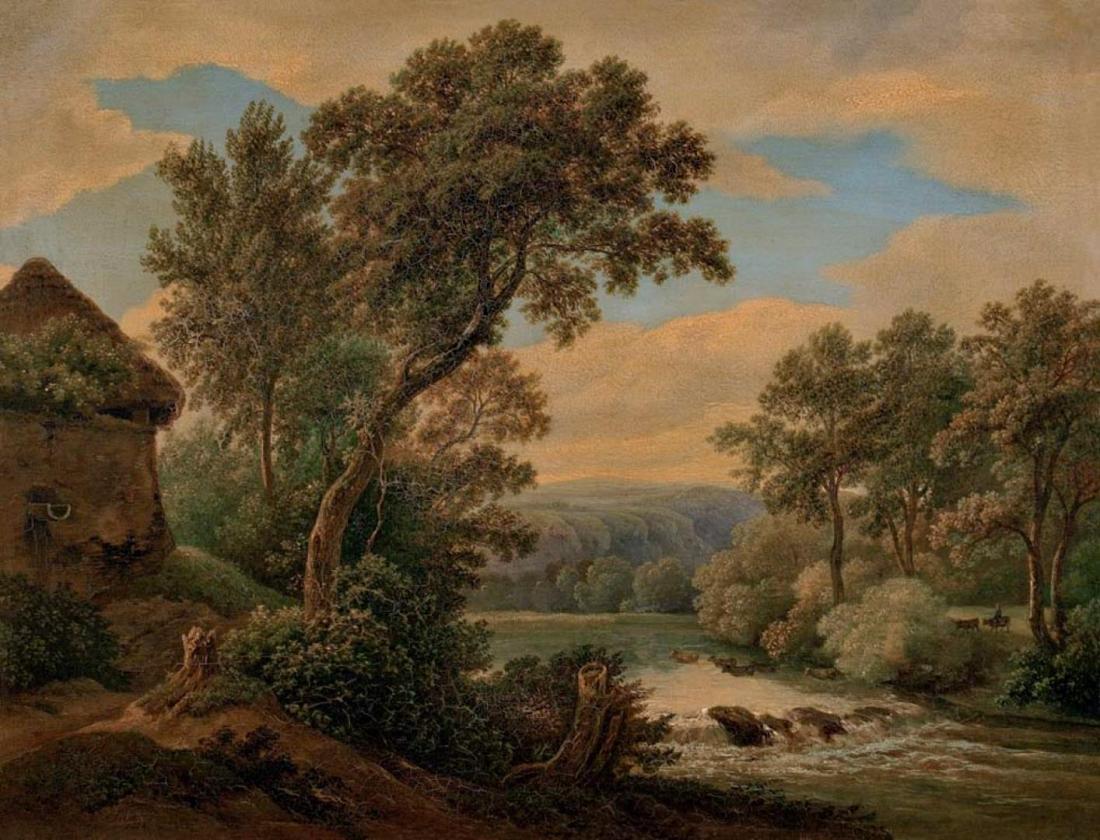 Mánes’s oeuvre was situated between Classicism and Romanticism. His landscapes were modelled on Claude Lorraine and Nicolas Poussin and he strove to depict the landscape with utmost fidelity, an approach that would later influence his pupils when he himself was professor of landscape painting in the years 1836−1843. Influences of German Romanticism were also evident in his oeuvre and they introduced a new element, namely paintings of a specific country in place of exotic or composed landscapes. Nevertheless Mánes continued to focus on ideal scenery such as mountain ranges and views of ravines or mountain lakes. He introduced into his works a lyrical note and sense of reality that was influenced by his knowledge of 17th century Dutch painting. Lyricism and realism and freer brushwork were elements that laid the basis of Czech landscape painting. Straitened circumstances meant that he spent much of his life teaching art. He would spend the summer months in various aristocratic homes of his pupils and thereby got to know a large part of the Czech lands, which would lend his landscapes a vividness and reality. While there he would paint studies from nature and place within them artefacts, such as ruins, or ordinary people, in various atmospheric changes, such as storms, or sunrises and sunsets. These plein air studies helped him capture a particular location and achieve realistic colouring. Airiness, intimacy and discretion are also evident in the painting Landscape with River.

Due to lack of financial means Mánes taught himself to draw and it was not until 1806 that he was able to enrol in the school of landscape painting of the Academy of Fine Art in Prague, where his teacher was Karl Postl, whose concept of idealised landscape compositions would have an influence on him.