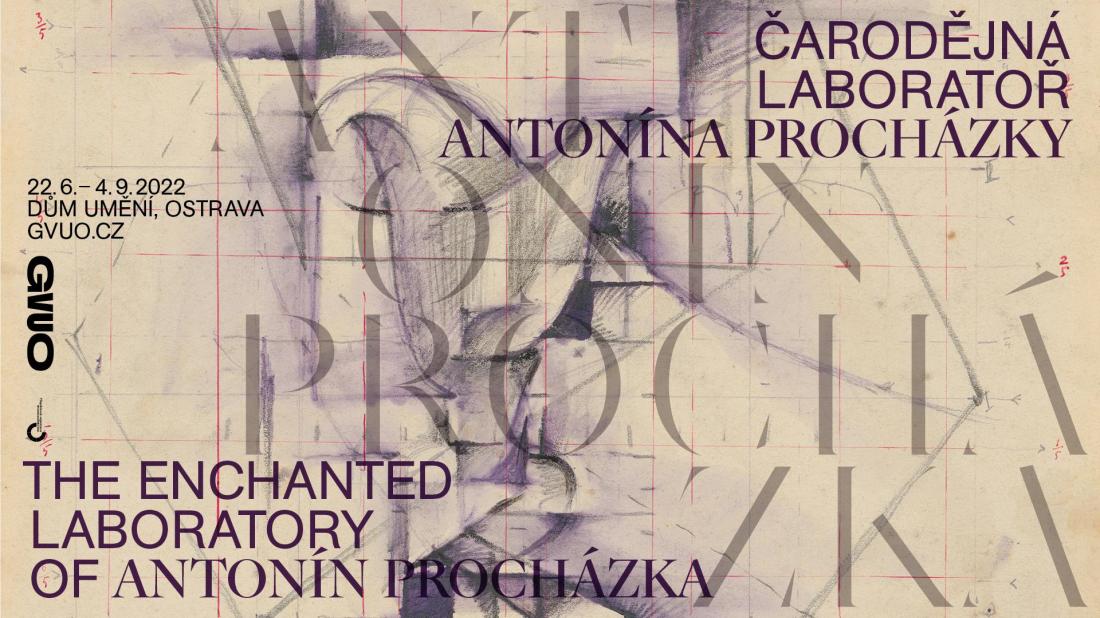 Guided tours with curators will take place on 12 July and 16 August 2022 v 17 h, booking advance is necessary HERE. Only in Czech,

Antonín Procházka (1882–1945) is considered one of the founders of Czech modern art – not only for his talent and inventiveness, but also for his distinctive personality and the originality of his work. Procházka’s art always embodied his unique vision, whether he was influenced by Cubism, Orphism, or Neo-Classicism. He played with shapes, colours, materials and subjects to create his own artistic language as well as a powerful sensory experience.

This exhibition presents Procházka’s works from the collection of the Gallery of Fine Arts in Ostrava. The value of these works lies mainly in their comprehensive representation of Procházka’s artistic career, allowing for a high-quality retrospective of his entire oeuvre. One example from the collection is the painting Fruit and a jug (1907), which is considered one of the first Czech works to explore the language of Cubism. Between 1905 and 1909, Antonín Procházka also painted a number of self-portraits. The gallery’s collection includes his Self-portrait dating from 1908, showing the face of a young man with a hint of a smile – a feature that appears in numerous other works by Procházka. His Cubist period – characterized by his highly distinctive approach to shape and colour – is represented by the painting Concert (1912), which he painted during his time living in Ostrava. In the 1920s Procházka returned to the Classicist tendencies of contemporary Civilism. His painting Beyond the city (1926) presents a lyrical vision with a naïve diction in its monumentally composed combination of figural and natural motifs. The decision to acquire some of Procházka’s works for the gallery’s collections was taken because the artist lived and worked in Ostrava for more than a decade. During his candidacy for a professorship, his financial situation was so bleak that in 1910 he had to take up a position as a substitute teacher of draughtsmanship, geometry and drawing at a provincial college in Ostrava, where he remained until 1921. Many of Procházka’s seminal works were thus produced while he was living in the city.