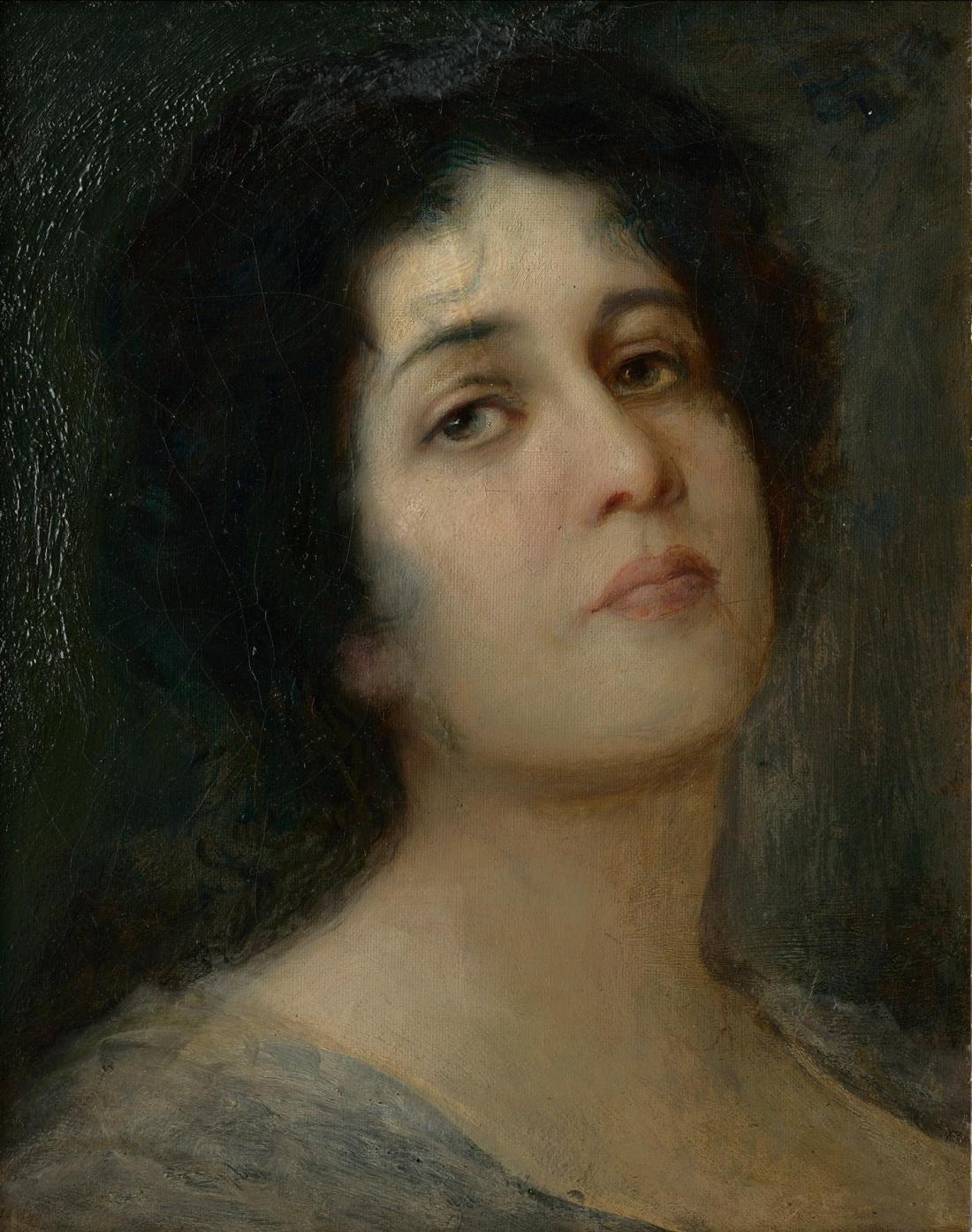 Veith, Eduard / Portrait of a woman

Veith, Eduard / Portrait of a woman

This is the first work by Eduard Veith (a representative of the traditionalist school of realist painting who was active around the end of the 19th century) that the gallery has acquired for its collection. It shows a dark-haired woman in three-quarter profile against a dark background, reflecting the artist’s close links with the world of the theatre and the chiaroscuro techniques that were typical of theatrical art. The light initially draws our attention to the woman’s face and her hair falling loosely across her forehead. This small detail represents an entirely deliberate disruption of the monolithic incarnation of the face with its highly elaborate depiction of the woman’s eyes. Another interesting feature is the motif of the relatively large ear-ring in the woman’s right ear, which is merely hinted at in transparent form. Veith’s artistic idiom is mature and free-flowing, as can be seen particularly in the lower part of the painting, depicting the woman’s clothing. Veith’s work drew on the historicist and symbolist tradition represented by Hans Makart and Anselm Feuerbach.

(1856–1925), a native of Nový Jičín, developed a love of painting thanks to his father, who was an interior decorator. He studied in Vienna under Professor Ferdinand Laufberger at the School of Decorative Arts. As a painter he specialized mainly in figural images, theatre curtains and decorative murals for major public buildings – such as the Vienna Opera, the Maria Theresa hall in the city’s Hofburg, as well as theatres in Brno, Berlin and Ostrava (now the Antonín Dvořák Theatre). Veith’s work is well represented in the collections from the Žerotín chateau that are now held at the Nový Jičín Regional Museum, which also has an unfinished self-portrait of the artist. In his home town, Veith is known mainly for his works at the villas formerly owned by the Hückel family (who were prominent factory-owners); he painted portraits for the family as well as creating allegorical scenes – a popular genre at the time.