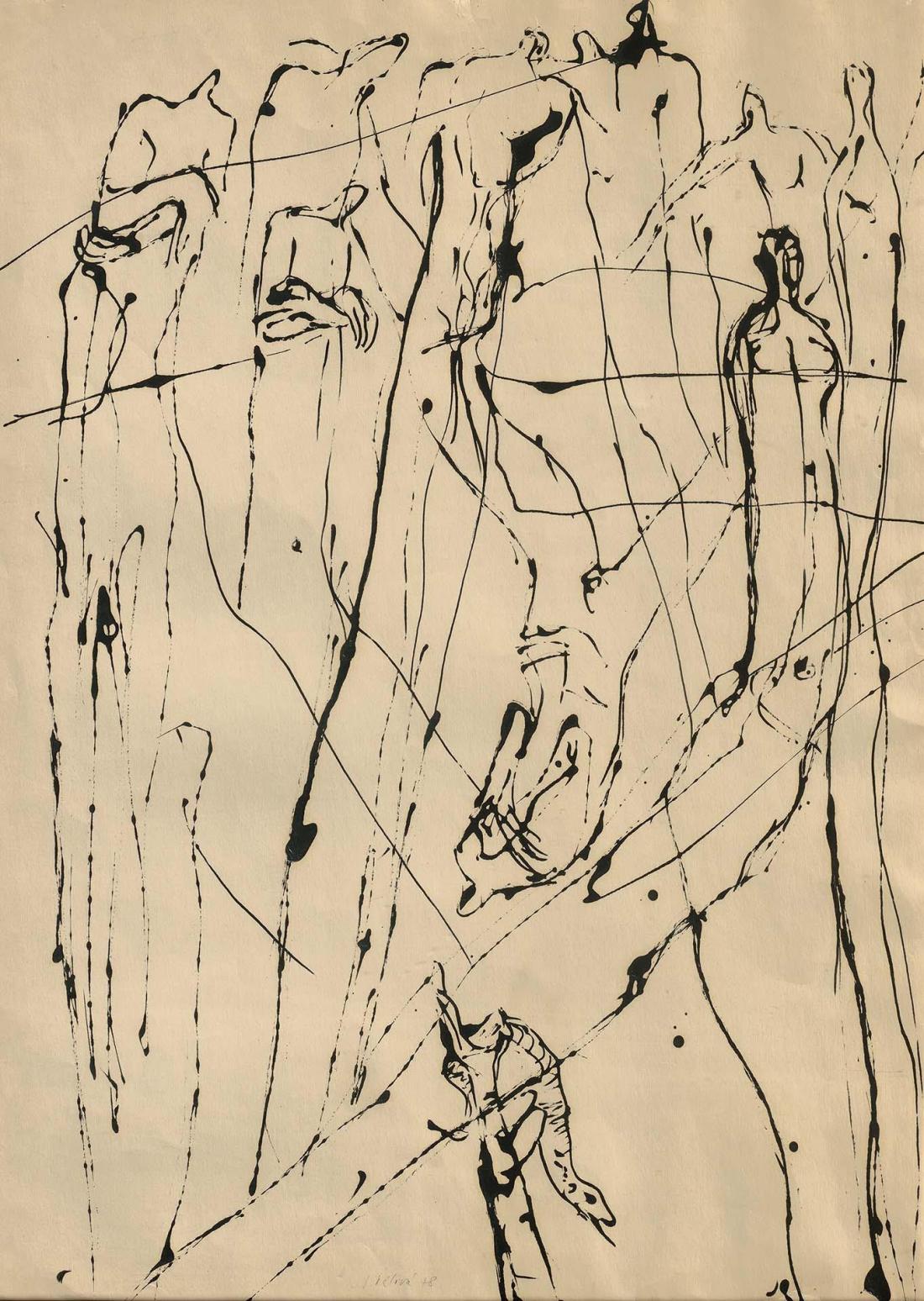 This poured ink drawing from 1978 displays a typical feature of Jitka Valová’s later work. Unlike the dynamic figures of manual workers she depicted during the 1950s, with strong contours surrounding a more saturated inner space, her later figures were more fragile and subtle, moving on the very boundaries of abstract signs. This important work bears Valová’s distinctively personal signature, using poured ink to express her existential interpretation of the figure as a fragile, vulnerable and volatile sign imbued with tension. She also used poured ink to create subtle shape structures in her later creative period, as in Three Figures (2009) or Antonín Dvořák, Piano Concerto – Symphony no. 8 (2007).

(1922, Kladno – 2011, Kladno) Painter, graphic artist. Her work is closely connected with the work of her twin sister Květa Valová. From 1945 to 1950 Jitka Valová studied under Professor Emil Filla at the Prague Academy of Arts, Architecture and Design. Her early works focused on glass-engraving – a technique she learned at the glassmaking college in Železný Brod. She was a core member of the Trasa 54 (“Route 65”) group, and in 1990 she joined the Umělecká Beseda artists’ association. Her work from the 1960s belongs to the New Figuration movement; her focus was purely on monochromatic drawings, paintings and graphic works depicting the human figure in motion, which acts as a dynamic artistic sign. Valová’s entire career was closely linked to her native town of Kladno, whose industrial atmosphere provided a powerful source of inspiration for her. She projected the toil of the workers into her bent, deformed figures. Her work symbolically expresses people’s struggle against the harsh times they lived in, expressing a stance of strong disagreement and opposition. Besides the deformed and bent figures mentioned above, Valová’s work was also inspired by the existential motif of Calvary. From the 1960s onwards both sisters produced poured drawings, which embodied musical melodies that they listened to. Both Jitka and Květa Valová were active on the unofficial art scene. In 1983 they held a joint exhibition in Cheb, which marked a turning-point in their careers. After the collapse of the communist regime in 1989, they presented their works together at exhibitions abroad, and in 1994 they were awarded the Herder Prize in Vienna. In 2010 the Prague Academy of Arts, Architecture and Design awarded Jitka Valová an honorary doctorate. 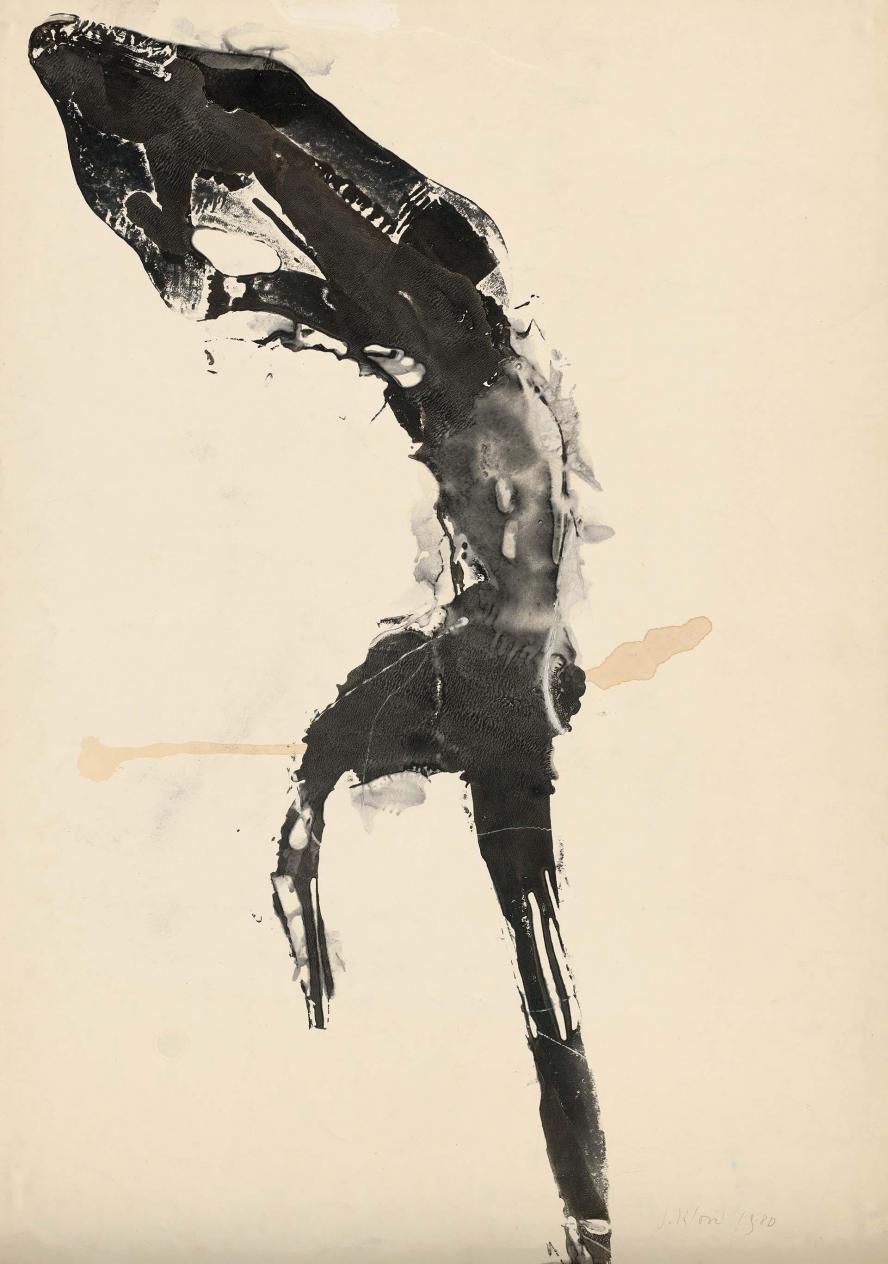