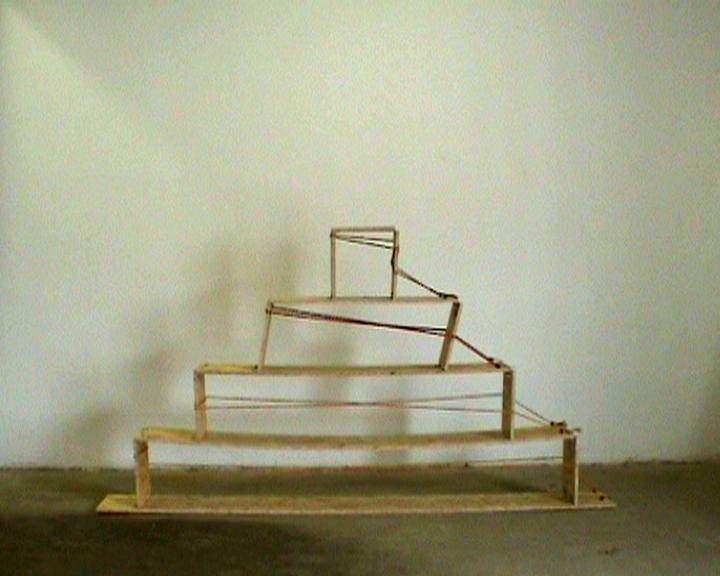 This video sculpture represents another aspect of Pavla Sceranková’s work – kinetic motion, transience, and sculptural construction. The moving object Up!, formally depicting the stepped platform on which prize-winners or medal-winners stand, originated as an institutional criticism of the Jindřich Chalupecký Prize. The gesture of destruction – or aligning all the steps on the same level – expresses the artist’s criticism of attempts to categorize one “artistic performance” ahead of or behind another. Up! is one of Sceranková’s puzzle-like sculptures, based on a repetitive rhythm comprising the disappearance and reappearance of a solid structure. This oscillation between destruction and construction can be read on a broader level as a comment on existential transience in the context of the material world, as well as an allusion to the rhythm of human life, in which we constantly oscillate between stable and unstable positions, the collapse of worldly constructs and the discovery of new perspectives.

(*1980, Košice, Slovakia) Multi-genre artist. From 2000 to 2006 studied at the Academy of Fine Arts in Prague (Miloš Šejn, Milan Knížák), completing her studies with her dissertation in 2011. Between 2002 and 2010 she travelled abroad for study stays in Stuttgart, Berlin, Aberdeen, Quebec and Budapest. She has won a range of prizes, including the Josef Hlávka Prize (2002), the Rector’s Prize from the Prague Academy of Fine Arts (2006) and the Václav Chad Prize (2009). She has exhibited individually since 2006 and as part of group exhibitions since 2004. Sceranková’s works incorporate both traditional sculptural techniques and novel ready-made approaches as well as elements of performance art. She re-contextualizes everyday objects, altering them by changing their materials, dimensions and shapes – which in turn creates altered effects. She often explores the possibilities of kinetic movement and the principles of levitation, as well as destruction and destabilization. Her work also includes interventions into architecture, e.g. Umzug (2007) and Go Away – Come Back (2009) – a unique set of monumentalized mechanical objects functioning as a kind of puzzle. 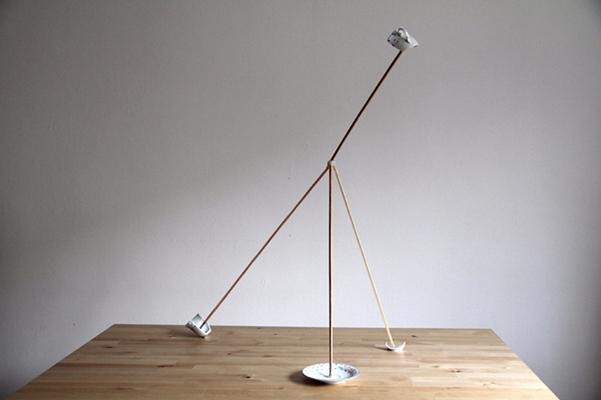 Sceranková, Pavla / Picture from the Kitchen 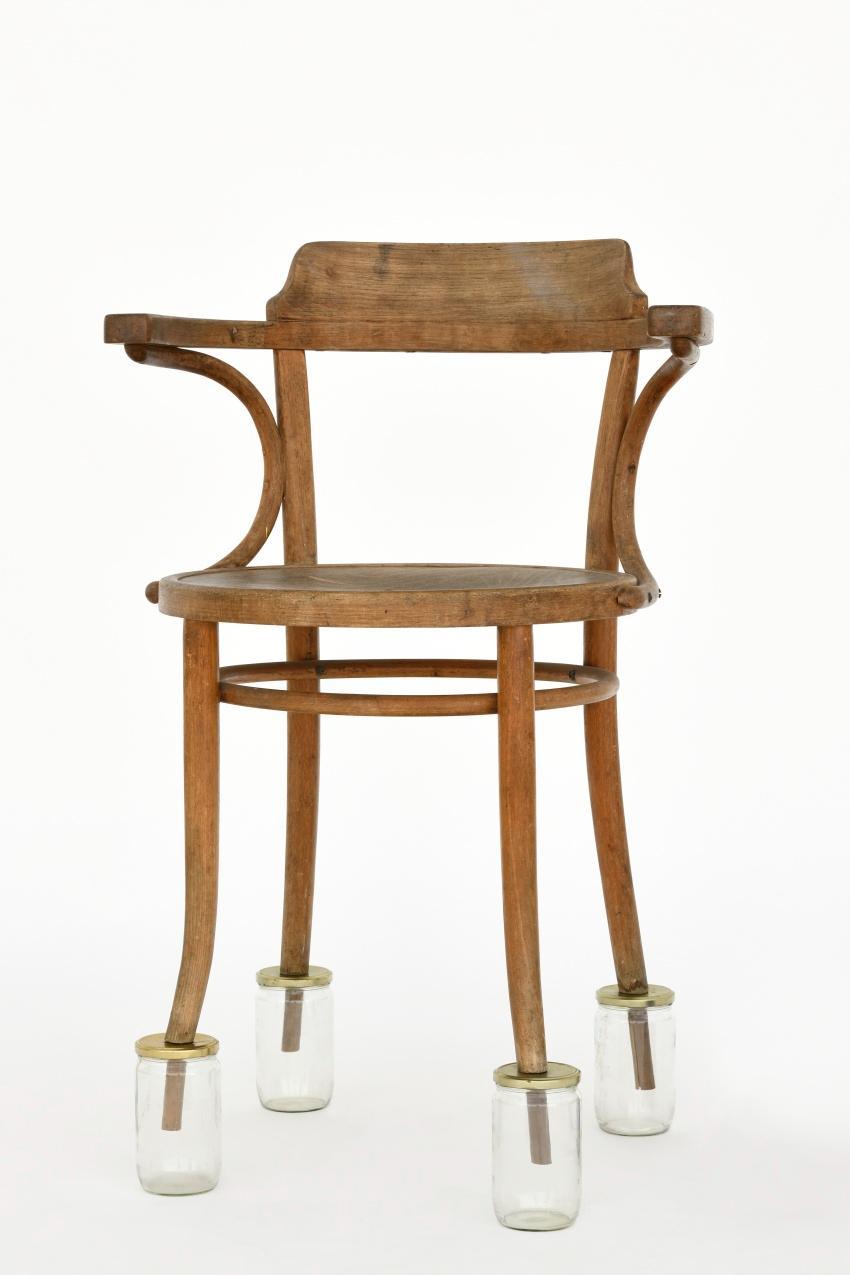