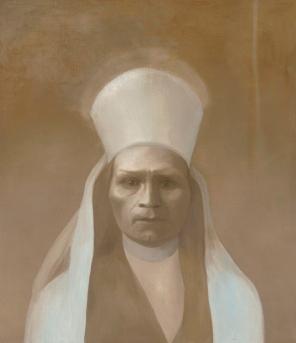 The painting Eyes of an Indian forms part of a series of portraits dating from the late 1990s and depicting Native Americans. It represents a phase of Nikl’s career in which he explored the reciprocal links and boundaries between photography and painting, manifested in “photographic realism” or illusory paintings depicting photographic negatives. This fascination can be seen in the painting’s smoothness and somewhat veiled atmosphere.

(*8. 11. 1960, Zlín) A multi-genre artist whose work spans painting, sculpture, installations, performance, illustration, drawing, music and photography. He is also a curator and theatre director. After attending art school in Uherské Hradiště (1976–1980), he began his studies at the Prague Academy of Fine Arts in 1981. He emerged onto the art scene in the 1980s as part of the now-renowned unofficial “Confrontations” series of exhibitions. At the end of the decade he was invited to participate in international group exhibitions throughout the world (Russia, USA, Switzerland and more). In 1995 he was awarded the Jindřich Chalupecký Prize. He has also received several prestigious awards for his illustrations, including the Ministry of Culture’s Prize for the Most Beautiful Book. He has conceived the interactive exhibitions Nest of Games and Landscape of Fantasy and Music (EXPO 2005, Aichi), Orbis Pictus and Labyrinth of the World. Nikl is a co-founder of the ‘Obstinates’ (Tvrdohlaví) group, and his works are represented in numerous important collections including the National Gallery (Prague) and the Moravian Gallery (Brno). His early works reflect a certain disguised vulnerability (as in the series Hatching). His painting has developed from monumental forms with striking colours to visual experiments and monochromatic canvases. An integral part of his approach to art is his playfulness – reflected not only in his performances, but also in his puppet theatre, photography and installations, which reach into the territory of surrealism and Dada. Besides traditional painting, Nikl also works experimentally with unintentional and automatic techniques; the art is not created by the artist’s hand, but for example by gravity, crawling insects, or various insect-like mechanical gadgets. Here Nikl pushes his art not only beyond its own boundaries, but also beyond the boundaries of the human world. 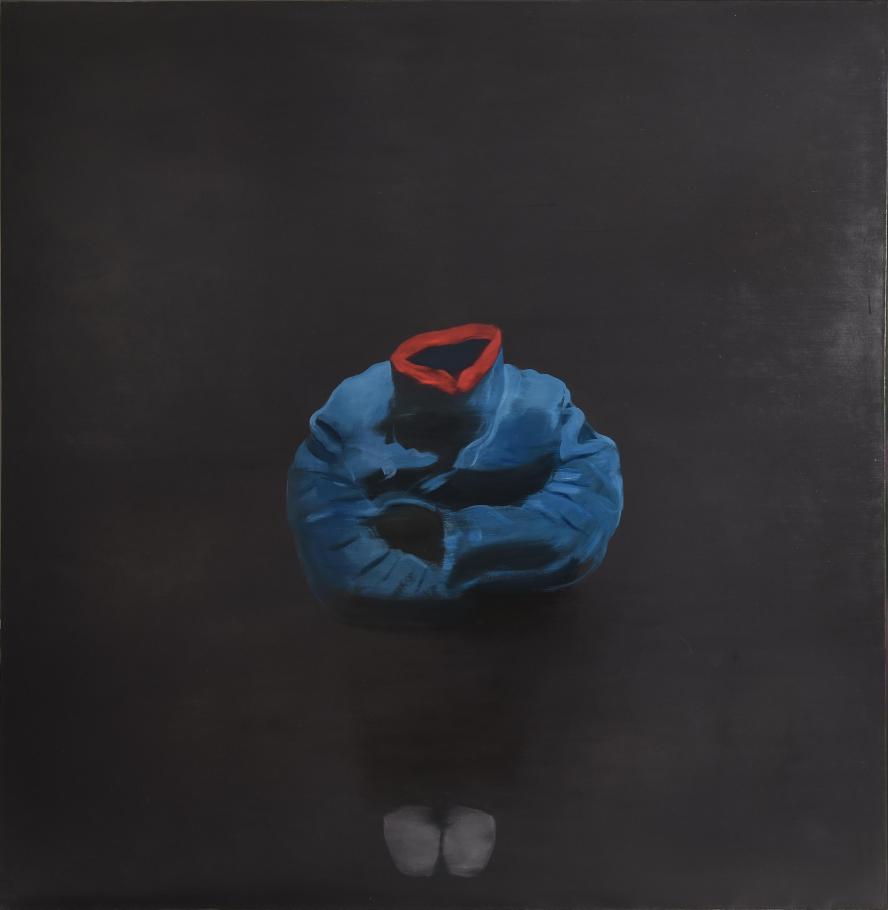