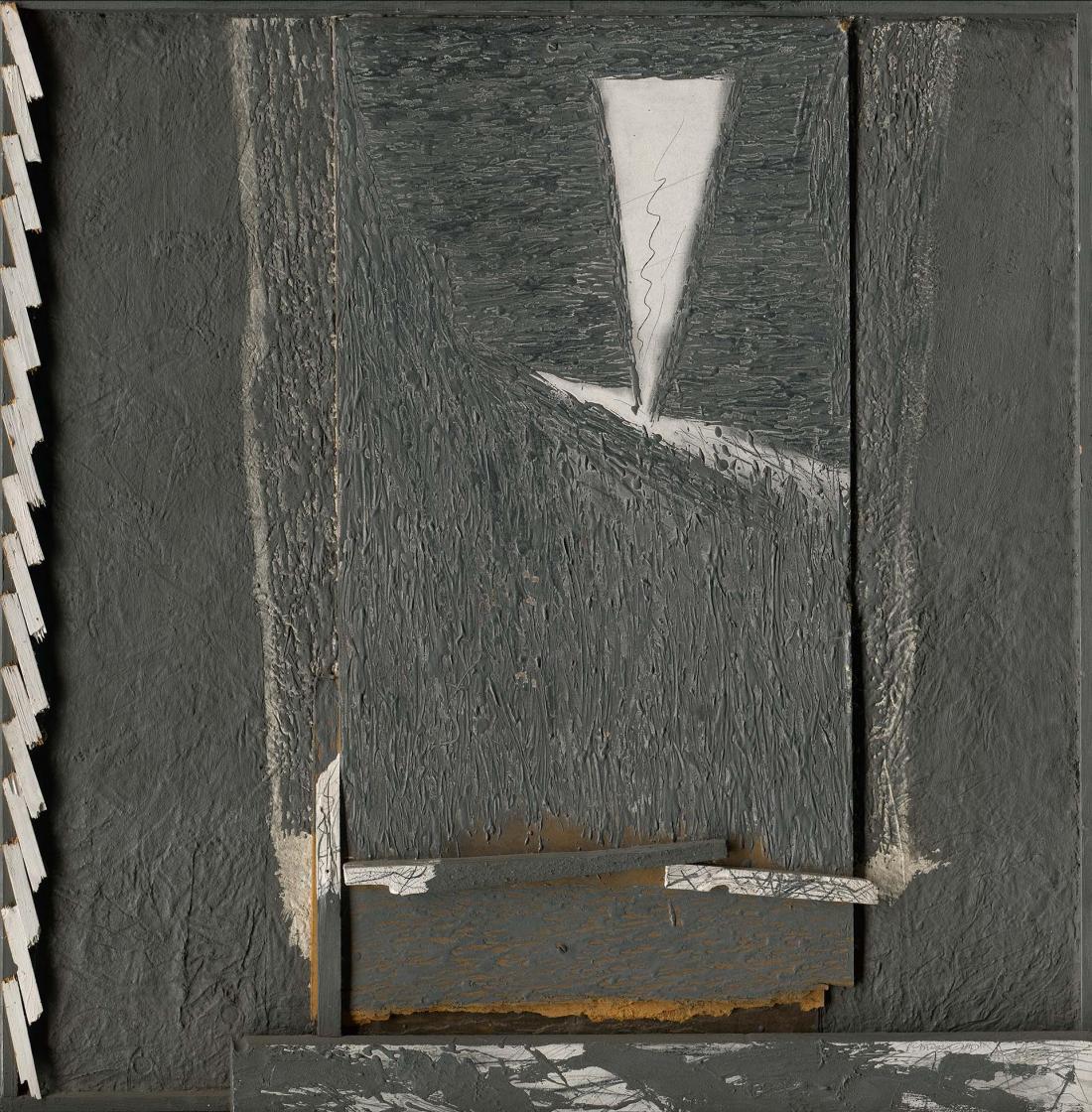 This assemblage dates from Merta’s early period, and it still bears traces of inspiration from informel. The work was produced during a period of political repression, a year after Merta had graduated from the Prague Academy of Fine Arts; there he had studied under the painter Oldřich Oplt, who represented the officially approved stream in Czech art. Viewed in this context, the self-portrait is a progressive work. It hints at the open thinking style that would later characterize Merta’s art, encompassing a broad spectrum of possibilities and thinking beyond the boundaries of individual media as the artist turned away from the strictures of his academic training. Merta later became an important action artist, a creator of objects and an ambassador for new media and environment art in his role as a teacher at the Art Faculty of Brno Technical University.

(1957, Frýdek-Místek) Painter, sculptor, installation artist. From 1977 to 1983 he studied under Professor Oldřich Oplt at the Prague Academy of Fine Arts. Merta was a prominent figure on the action art scene during the 1980s. From 1998 to 2011 he headed the environment studio at the Art Faculty of Brno Technical University, before moving to the University of West Bohemia in Plzeň, where he took charge of the new media studio at the Institute of Art and Design. His early creative period, in the 1980s, is associated with land-art installations. Later he began to explore paintings and installations in which he combined natural and artificial materials – such as the object Public Geometry (1991), which combines a wooden gallows with a TV screen. In 2002 he created an action entitled Immigrant, with a tree floating upstream along a river to a riverside museum in central Prague to commemorate the floods that had hit the city. Merta’s exhibition at the Critics’ Gallery in 2009, entitled ErRors, presented a cycle of large-scale works combining painting techniques and media perception in the form of “faulty” TV images. The grainy, blurred and pointillistic quality of the images is based on the optical perception of sources emitting light from behind the TV screen, which also gives rise to the media vision. After an analytical exploration of this world, Merta transferred his visual and technical discoveries to canvas – using brushstrokes as well as splattering the surface with paint using large brushes – and installed these paintings as the screens of TV sets in public spaces. In 2010, as a reminiscence of his 1980s Wind Drawings, Merta created a set of abstract paintings using acrylic paint splatters from a brush that was attached to a metal holder and moved at random around the canvas, carried by the motion of the wind.