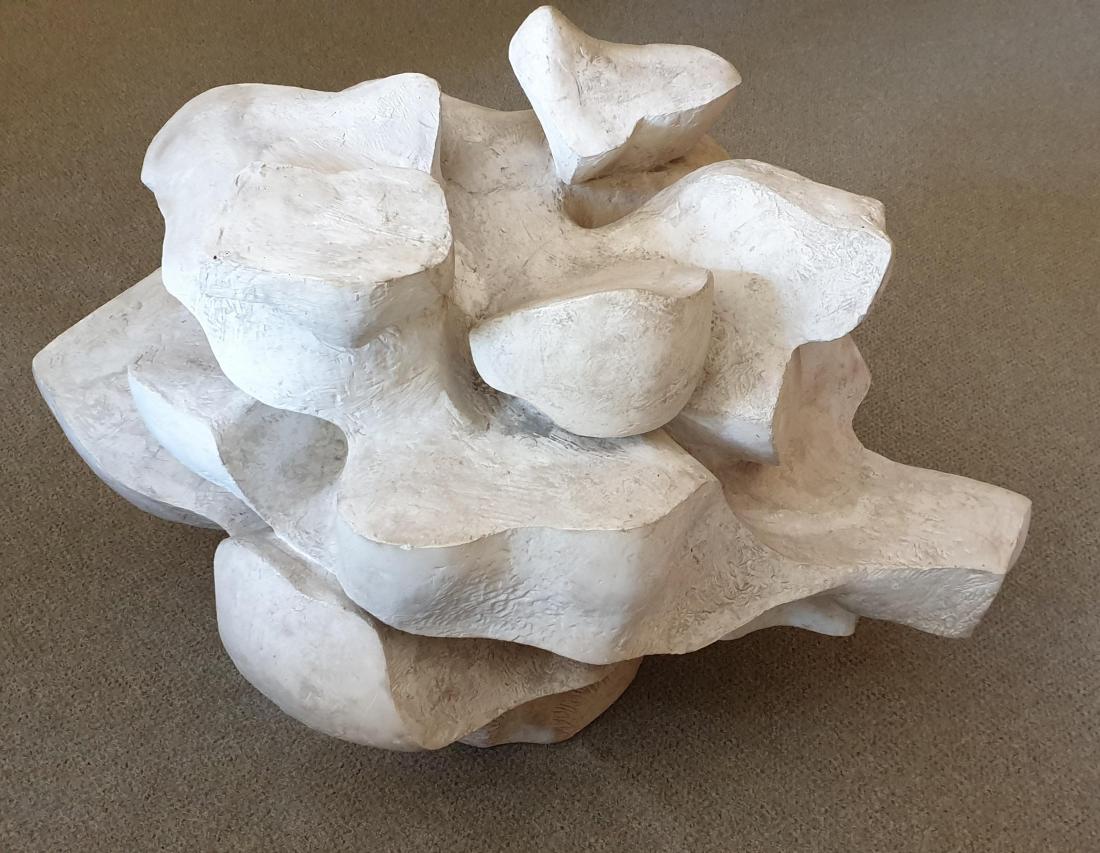 This plaster model originally formed part of a public fountain outside Ostrava’s main railway station. It was removed during reconstruction work, and it has now been installed at an architectural water feature. The sculpture was created in the 1970s to a commission; at the time, there was substantial demand for Lacinová’s architectural sculptures. This piece reflects one of the characteristic features of her work – her fondness for stylizations with an abstract dimension. Lacinová systematically developed this aspect of her sculpture from the early 1960s, and examples of it can be found at numerous outdoor locations in the Czech Republic (such as the 1970 memorial to the liberation of Opava). This sculpture of a flower manifests the neutral quality that predominated in Czech sculpture during the 1970s (under a hardline regime that imposed a political crackdown in response to the 1968 Prague Spring); sculptural works from this era typically featured floral motifs or other elements from the natural world.

(1923, Brno – 20. 1. 2019, Brno) While at secondary school in Brno, Sylva Lacinová attended evening courses in drawing and modelling at the city’s decorative arts school. She was also a private student of the sculptor František Hořava and the wood-carver and restorer Heřman Kotrba. She later studied at the Zlín art school under Vincenc Makovský before graduating in sculpture from the Prague Academy of Fine Arts (under Professor Karel Pokorný). In 1950 she began her professional career in the studio run by her mentor Karel Pokorný, before going on to work as a freelance sculptor. After marrying Jan Jílek in 1948, she began using the double surname Lacinová-Jílková. However, she never gave up her birth surname entirely, and in art publications she is always listed either as Lacinová or as Lacinová-Jílková.