Home  /  Acquisitions  /  Kotzmannová, Alena / Somebody Is Calling You 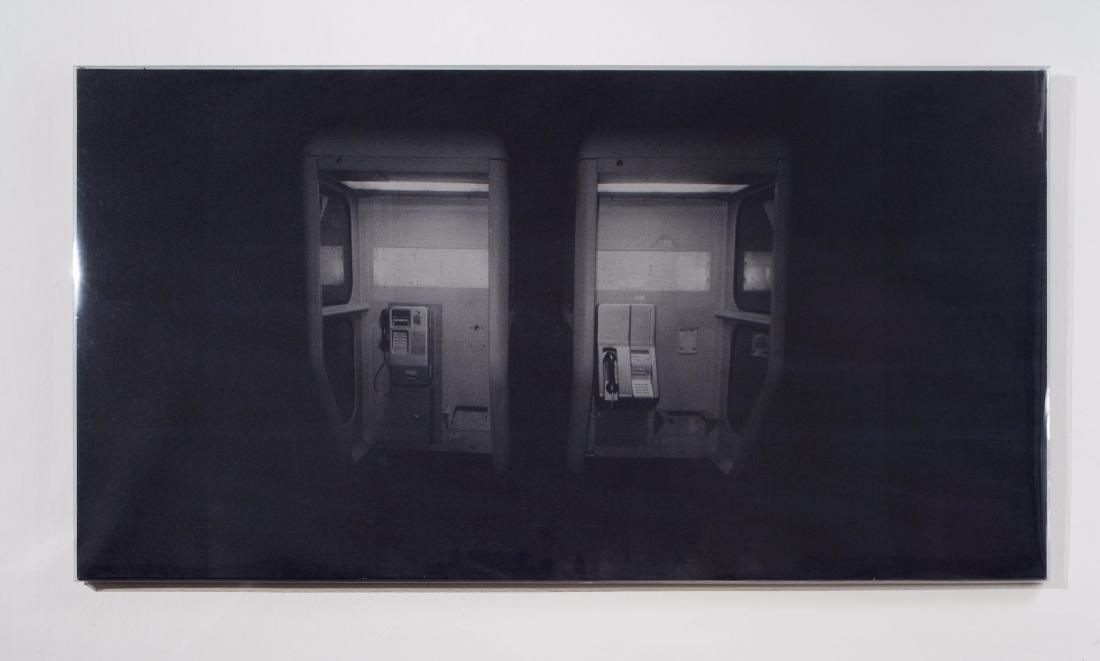 Kotzmannová, Alena / Somebody Is Calling You

Kotzmannová, Alena / Somebody Is Calling You

In this photograph, the doubling of the phone boxes is not the result of deliberate software manipulation, but a photographic imprint of an autonomous local situation. The photograph was presented as part of a video projection, combined with the soundtrack of a telephone ringing and the steps of passers-by. The phone boxes – lit up and “calling” into the darkness – stand like solitary lighthouses, urging us to communicate, even though nobody is interested in such communication. The motif of the phone boxes also carries another strong layer of meaning; in the contemporary world, the depiction of these objects can be perceived as a form of visual archeology. In 2000, when the photograph was taken, phone boxes of this type were still a normal part of public space. Today they are present in the streets only sporadically, so the passing of time has imbued them with an urgent sense of loneliness and abandonment which is captured in the photograph. Although relatively little time has elapsed since the photograph was taken, we already view it as a symbol of a past that has since been superseded. The photograph thus not only contains its own autonomous atmosphere and expression; it also reaches out to serve as evidence of an increasingly accelerated world in which things grow old very quickly. The mobile phones which replaced land lines and phone boxes were expected to make human communication more intensive, more accessible, and better overall. However, alongside the internet (another tool which was presented as a facilitator of communication), mobile phones have in fact arguably contributed to an increase in human isolation and depersonalization.

Alena Kotzmannová (*1974, Prague) Photographer. From 1988 to 1992 she studied at Václav Hollar’s art school in Prague, and in 1992─1998 she continued her studies at the Prague Academy of Arts, Architecture and Design (in Adéla Matasová’s conceptual and intermedia studio and Pavel Štecha’s photography studio). In 2009 she was awarded a doctorate in art education from the Faculty of Education at Charles University, Prague. From 1997 to 2012 she took part in eight study stays in the Czech Republic and abroad, including the Schiele Art Centre in Český Krumlov, the Norwich School of Art and Design or the Centro de la Imagen in Mexico City. In 2005 and 2009 she was shortlisted for the Jindřich Chalupecký Prize. She has exhibited individually since 1998, and she has participated in group exhibitions since 1994. Besides photographs, Kotzmannová’s portfolio also includes videos and installations. As well as exploring everyday themes, she carries out formal experiments with the medium of photography – by integrating photography and video, enlarging photographs to fit on outsize canvases which are then mounted on frames, or applying surface layers of shiny plastic sheeting. Alena Kotzmannová’s photographs acquired by the gallery represent important examples of conceptual art which steps beyond the boundaries of the photographic medium – a typical tendency during the 1980s and 90s.