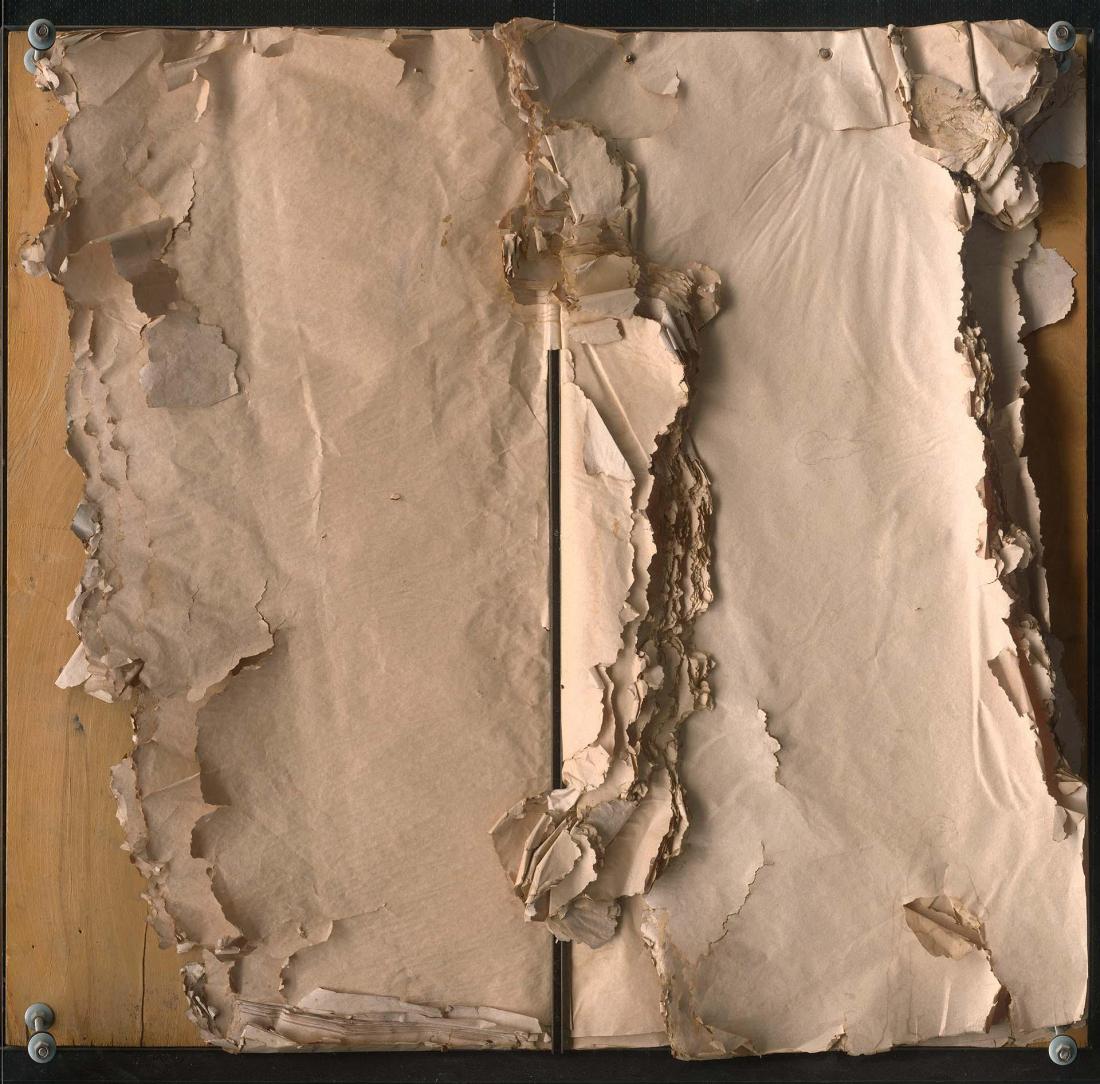 This assemblage draws on Kafka’s works from the late 1970s, when he created the cycle Connecting Two Things – a series of collages consisting of scraps of paper, cloth or found materials arranged into symmetrical two-dimensional compositions and held in place with clips, threads or other connecting devices. The fragmentary structure, which then becomes connected, can be read as an existential demonstration of the “shreds” of our soul which together form our personality, as well as a more general reflection on history as “shreds” of events and phenomena that can be integrated into a holistic interpretation of an era. The motif of tearing and connecting can also be viewed as a commentary on the frustration and alienation of people during the political repression of the 1970s, when people longed for connections and integrations.

(1922, Jihlava – 1988, Praha) Graphic artist, painter. From 1940 to 1945 he attended the Baťa School of Art in Zlín. In 1946 he was admitted to study at the Prague Academy of Arts, Architecture and Design under Professor Emil Filla. It was there that he encountered cubism, constructivism and suprematism. He was a founding member of the Trasa 54 (“Route 54”) group. In the early phase of his career, Kafka’s paintings were influenced by cubist models. His works from the early 1960s typically depicted urban landscapes and abstract figures. His paintings then evolved towards geometrical abstraction (e.g. in a series of monotypes from the 1960s). Rational elements were gradually replaced by visual games involving patches of colour grouped at random and incorporating real objects (sand, plaster, clay, etc.). This creative trajectory culminated in the 1970s, when Kafka produced a series of assemblages (collages) in which joining and stitching together are central motifs. At the end of the 1970s he painted a series of works symbolizing the timelessness of the repressive political situation during that decade (White Field, Large White Landscape). In the 1980s his work reflected his personal experiences of visiting Japan (1970), including the atmosphere he found in Zen gardens. During the final phase of his career Kafka created assemblages entitled “Substances”, laying roots, grass, leaves or ash on a cotton-wool base and enclosing them in glass cases.