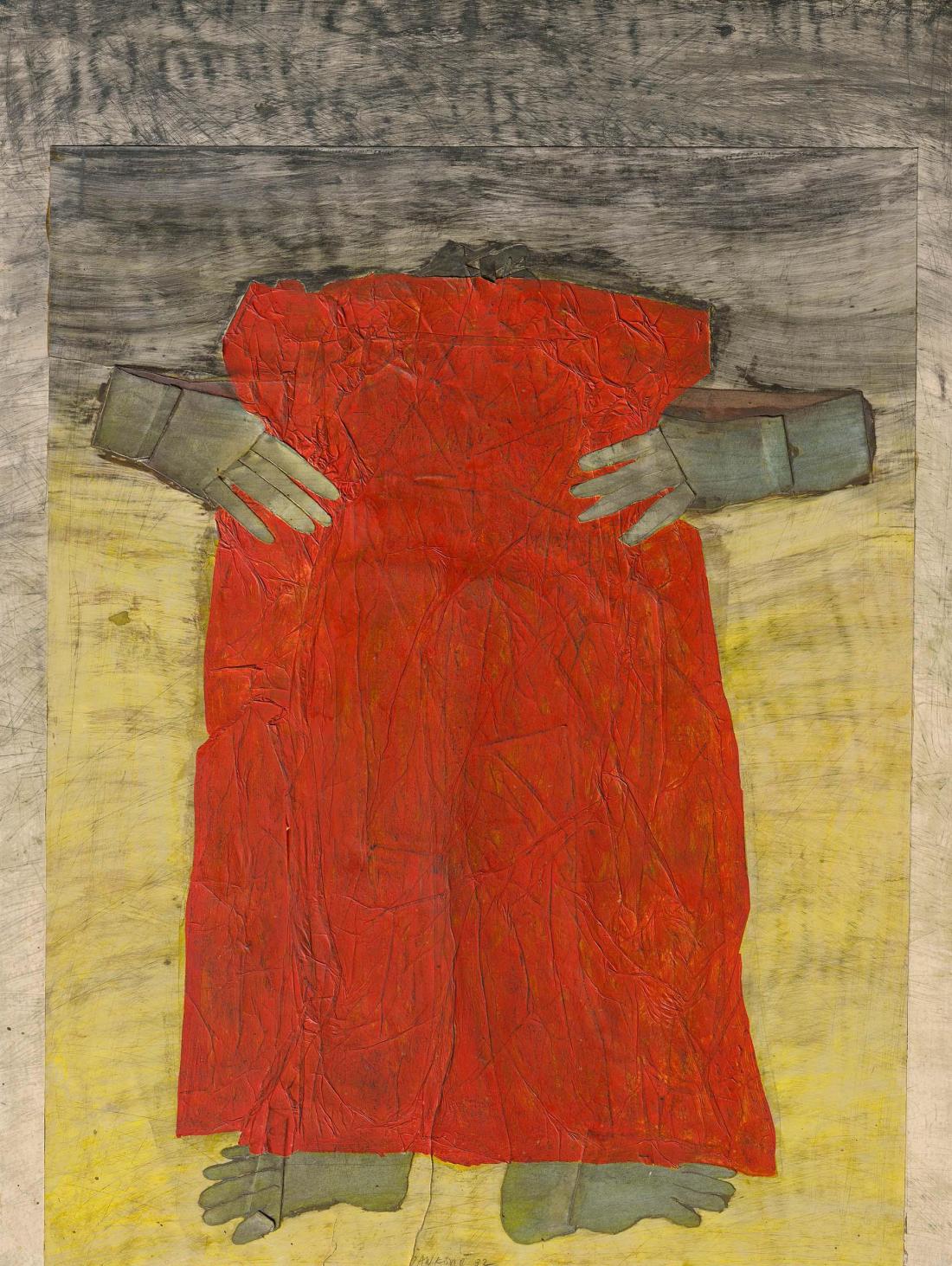 This image characterizes Jankovič’s work from the 1970s and 80s, when he explored figures as grotesque, often fragmentized carriers of meaning. During this period, his existential approach, imbued with mystery, was shifting towards satire and anecdote. This work also features the striking colours that are typical of this phase in his career. The three-dimensional assemblage of materials other than paint evokes the tradition of the 1960s, when Jankovič first arrived on the art scene. The work can be symbolically read as a paraphrase of life under communism; a person’s “true face” is concealed under the veil of totalitarian power.

(1937, Bratislava – 2017, Bratislava) Painter, sculptor, graphic artist. Jankovič studied at the Bratislava Academy of Fine Arts (1956–1962, Jozef Kostka). He first appeared on the art scene during the 1960s. His sculptural and graphic works synthesize inspirations from pop-art, new sculpture and new realism. Since the 1960s he has won widespread renown on the international scene; his awards include a Grand Prix from the Danuvius Biennale in Bratislava as well as a prize at the 1969 Paris Youth Biennale. During the political crackdown that followed the Prague Spring and continued through the 1970s and 80s (known as the “normalization” era), Jankovič was blacklisted by the regime and could not exhibit officially. After the 1989 revolution, he taught at the Bratislava Academy of Fine Arts, where he was the Rector from 1990 to 1994. A permanent motif in Jankovič’s sculptures is the human figure – which he views either in its entirety or in fragmented form. This figure-person experiences its individual fate, which is determined by the often-absurd course of society’s development. Jankovič’s figures are not heroes, yet neither are they entirely passive; they attempt (albeit not very successfully) to defy their fate. The existential element in his work blends with grotesque absurdity, and the expressive motion of his sculptural figures is made even more powerful by a striking use of colour. These characteristic features of Jankovič’s sculptures also typify his two-dimensional works (paintings and graphic art). Some of his graphic cycles are in fact sculptural and architectural projects, or they incorporate unexpected elements of these types. Jankovič was one of the first Czechoslovak artists to experiment with computer graphics. 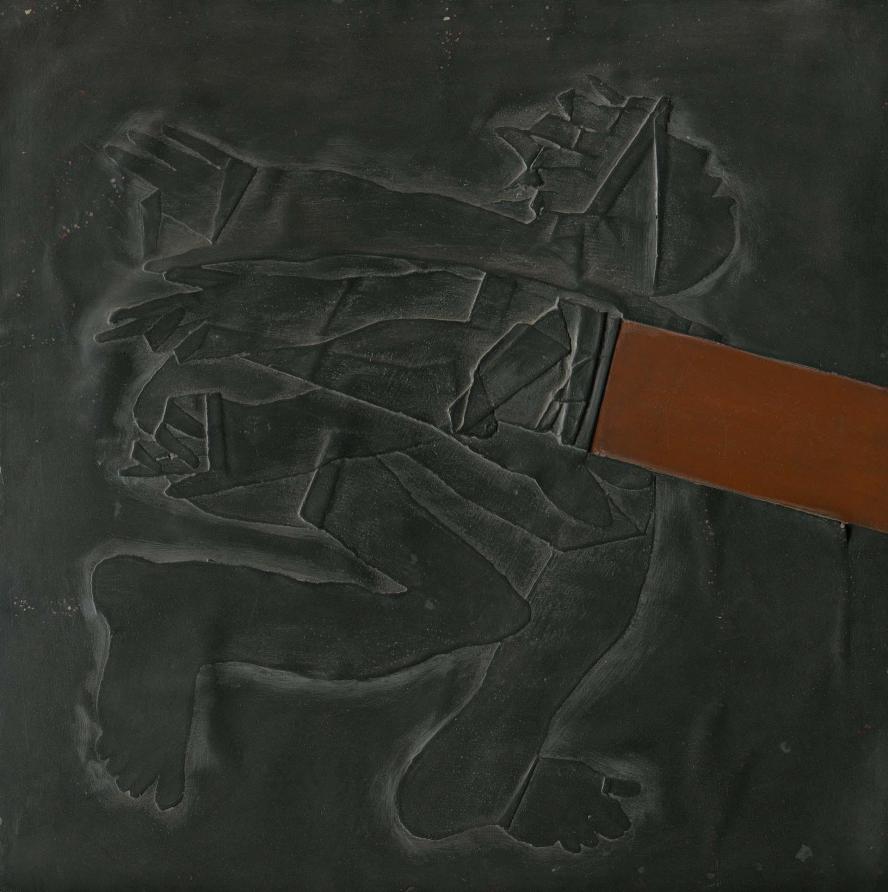