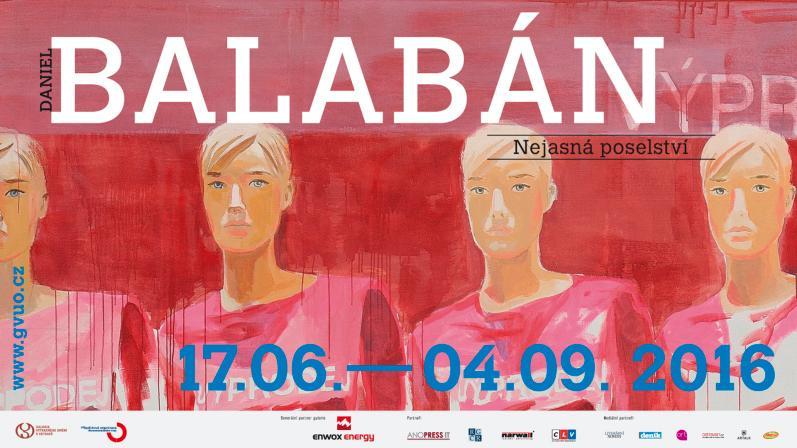 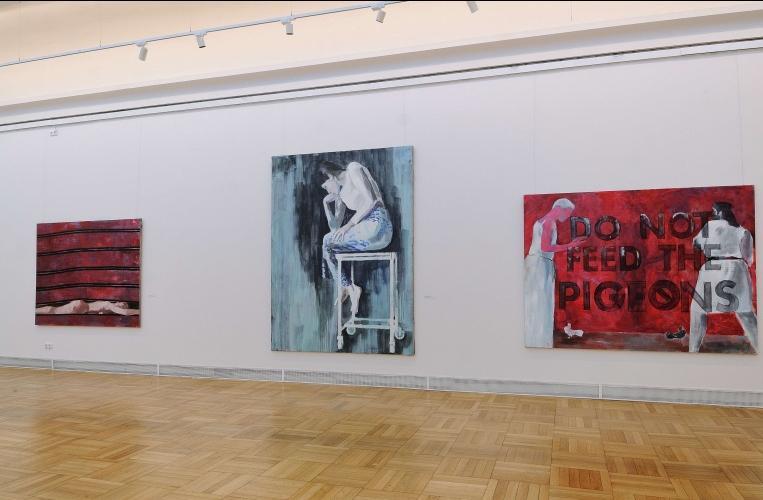 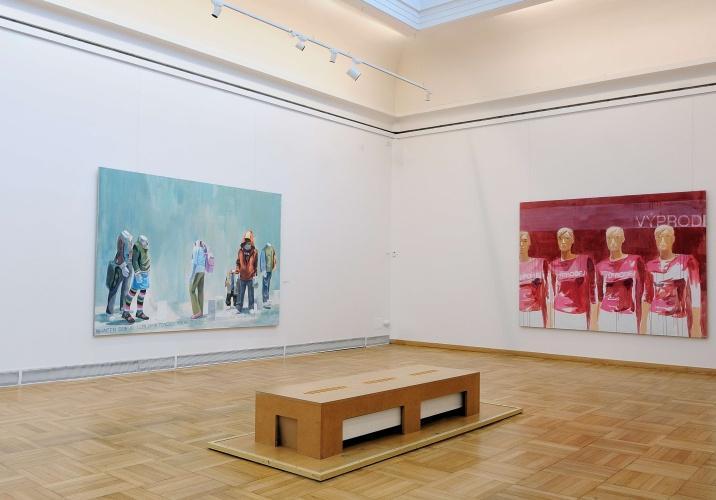 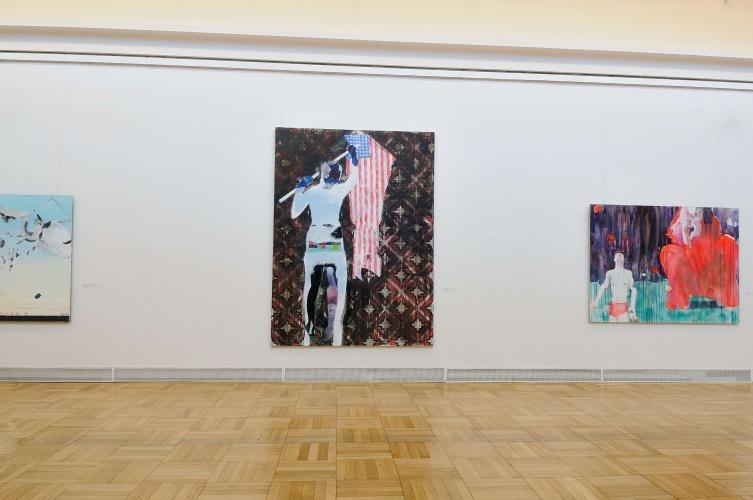 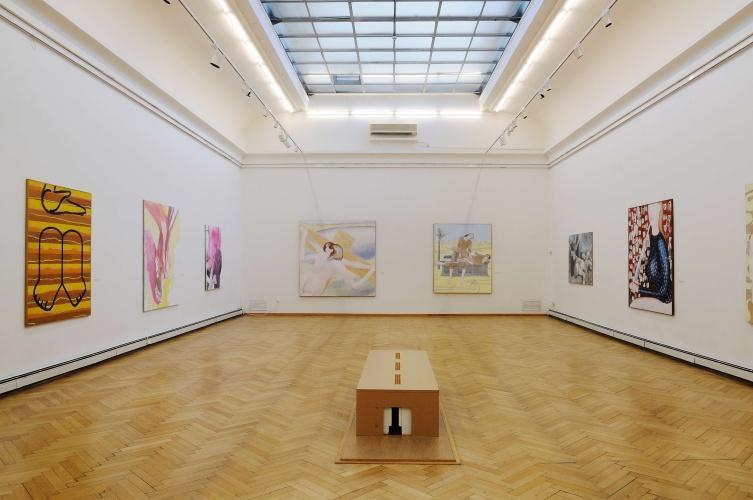 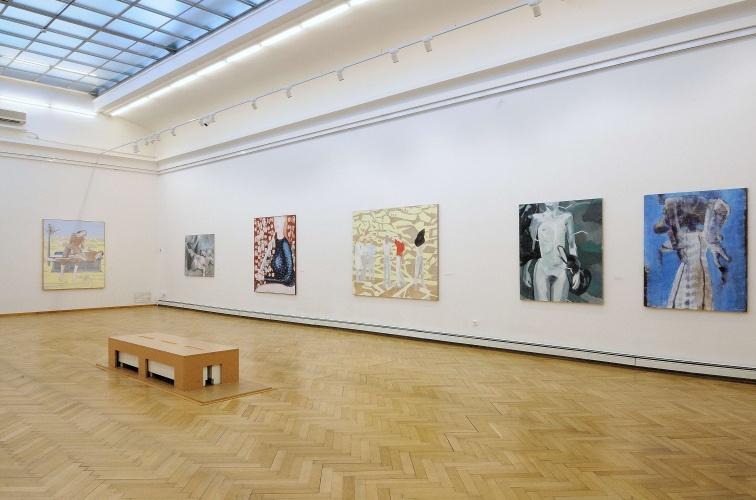 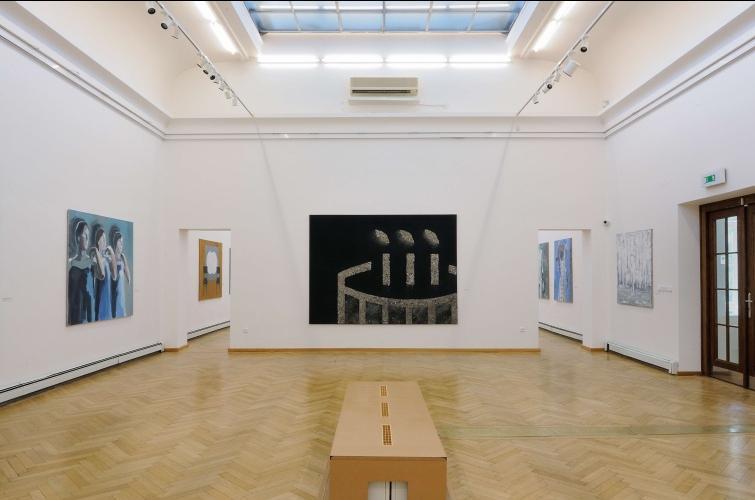 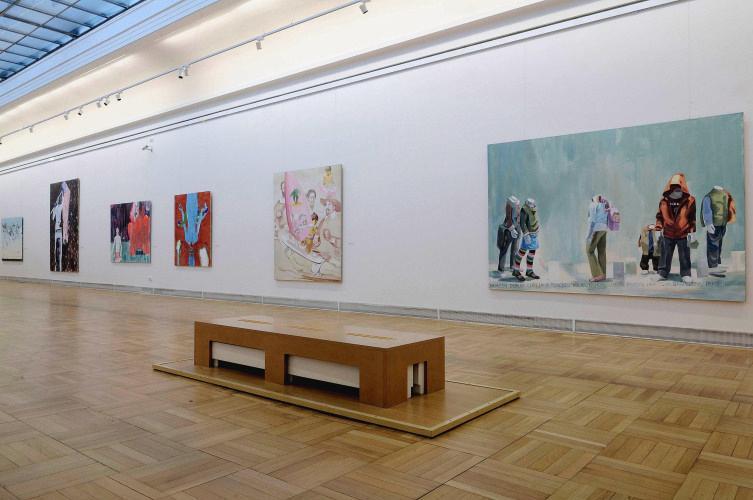 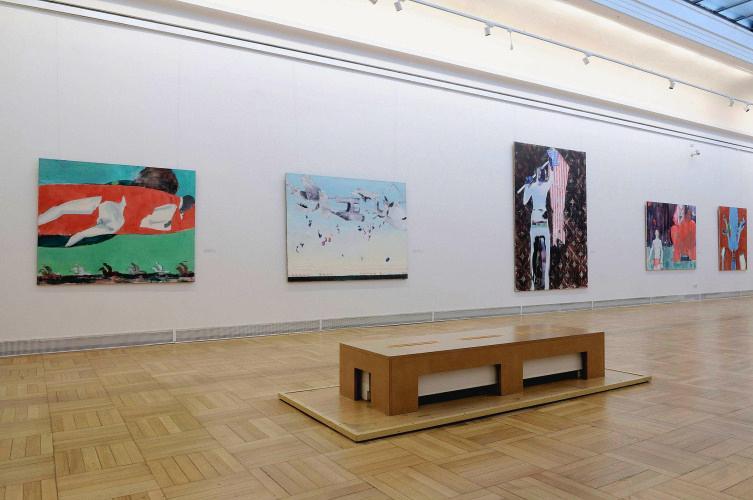 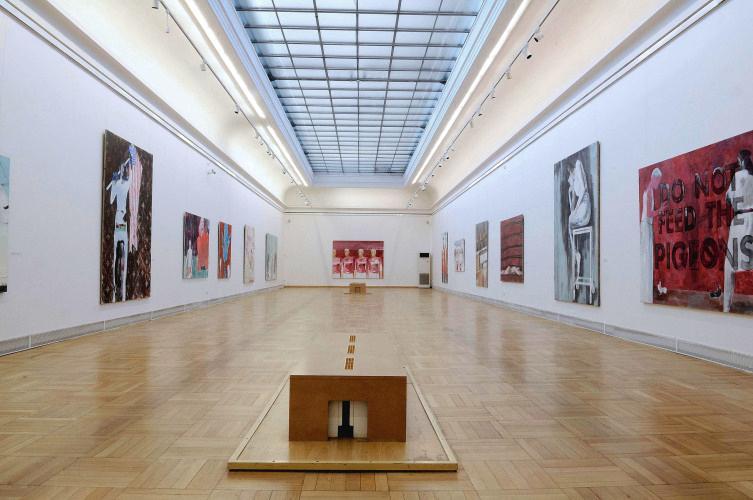 Daniel Balaban is one of the key figures of the Czech art scene, which he entered in the mid-eighties. The exhibition presents the artist's work, where reflection of Ostrava, as a vague leitmotif, permeates in contrast to the sacral and social issues and interpersonal relationships. They are often complemented by allegoric escapes from reality and by encrypted puns that have been essential for his whole work to this day.

The seventies and eighties of the last century are a period of stagnation and the problematics of disturbed interpersonal relationships. Especially in the field of artistic creation it was not possible to speak out against the established system. Efforts to pursue an artistic career with the family genealogy such as the one of Daniel Balaban seemed impossible. Yet it was perhaps his strong evangelical faith which made him to keep creating and which contributed to the specificity of his creation, in the form of imaginative figuration, sign, and eclecticism that he approaches in quite a specific way. The topics, which Balaban perhaps might not escape from, are religious motifs mostly in monumental concepts, which are due to the author's knowledge of Christian theology subjected to a difficult test. In a quite peculiar way, he deals with holiness and martyrdom, which disguise and remove humanity, while it is not determinative how the man lived, but how he died. Balabán's "passiones martyrum" are distinctive, whether it is the St. Catherine, 1993, which tries the tip of the sword with almost masochistic curiosity, or androgynous Saint Sebastian, 2000.  The sensual Pink Cross, 2003, evokes erotic pleasure. Most of the works do not have a clear meaning. There is always subjectivity of the author included, which the perceiver can find irritating because he usually wants to know a clear answer. Although he is strict to empty idols, many pieces have lyrical touch.

Another big theme is the human relationships - relationships between children and parents, generational statement, search for the specifics of men and women. One part of the work is a reflection of personal memories, which are intertwined by children's games of his sons, Lego - Holiday 1994, with memories of his own childhood, Summer 1969, 2014, where he demonstrates his typical irony and seeming dehonestation of a memory. In this case, in a form of unidentified characters of the author, his brother, and father, who are hidden in the reeds, and capturing fleeting memories of a boring summer by water with his parents, which was actually nice. An unexpected punch and playing with purely personal vision of his loved ones in a banal moment, he melts to more complex vain philosophizing in the painting called The Dance of Life, 2007. We could accuse the author of indifference or even cruelty in case of the Red Cavalry, 2014 and the Scenery - Red Cavalry, 2014 works, which are a reflection of downed plane over Ukraine. The emotionality of the work is further increased by wild colours and the abstract form, not very typical for the author. Balaban does not laugh at tragedy - on the contrary, he is aware of the duality because in a tragedy, there is often something tragicomic and also harshly incomprehensible for those who are not direct participants. Typical is the ambiguity of the content as well as sensory, direct relationship to the world of today, where the desire for a sensation may evoke broadside ballads and murder ballads that were so popular part of the fairground productions and which are now substituted by  tabloid newspapers, because people like unbelievable news about the life and death of others. The same irony and charm of the unwanted, which shows the everyday life, is captured in the Children, 2006 and the Clearance, 2008. Balaban's creation is constantly balancing between reality and order, chaos and anarchy. In his work, a painter, poet, educator, commentator of life, and many other personalities meet. Their conflict creates a very distinctive, shy, eccentric, humble and controversial art.