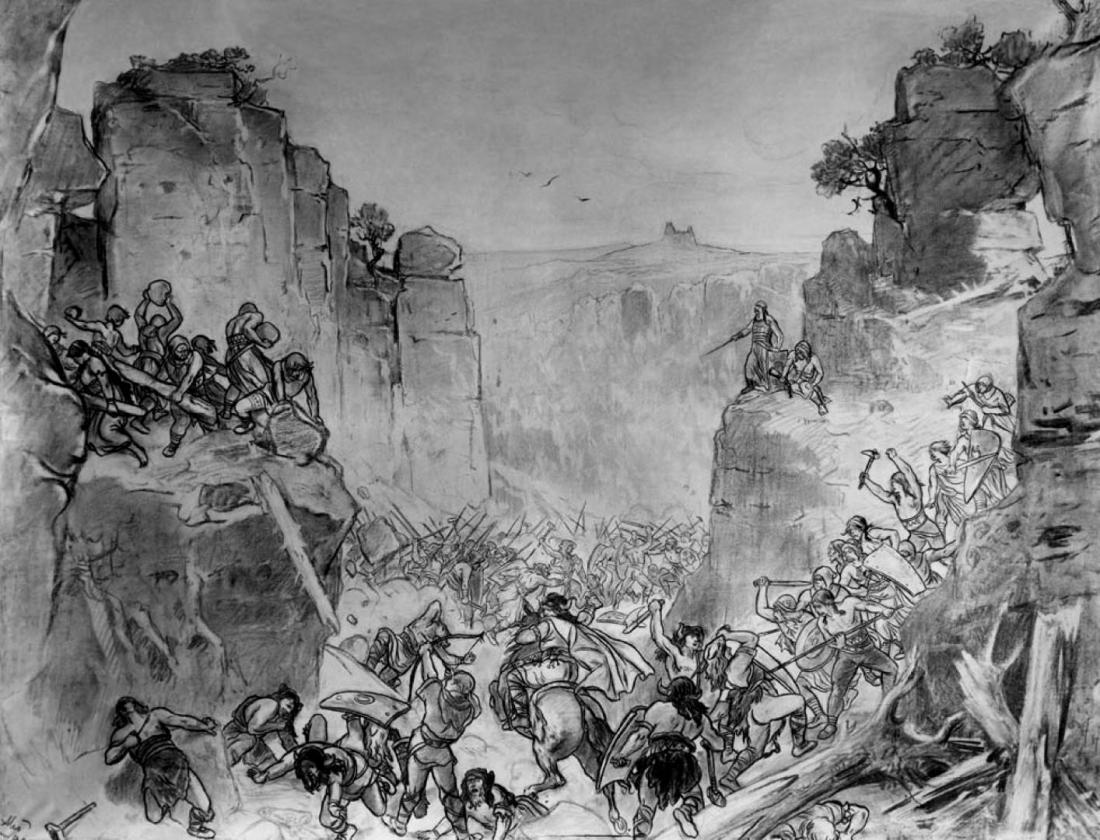 Mikoláš Aleš / The Massacre of the Saxons beneath Hrubá Skála

Mikoláš Aleš / The Massacre of the Saxons beneath Hrubá Skála

An example of this is the charcoal drawing The Massacre of the Saxons beneath Hrubá Skála. It demonstrates how precise Aleš was in his portrayal of historical details. It depicts a historical scene described in the Dvůr Králové Manuscript concerning the battle between Margrave Siegfried of Meissen and the Czech feudal lord Beneš, which took place during the reign of Přemysl Otakar I at the beginning of the 13th century. A picture based on the drawing and with the same title was painted the following year for the Czechoslavic Ethnographic Exhibition in Prague by Aleš in collaboration with three other artists. Its dimensions are a respectable 10 × 8.5 m. The canvas is now housed in the Museum of the Bohemian Paradise in Turnov.

One of the most important painters, graphic artists and illustrators of the 19th century, Aleš studied at the Academy of Fine Arts in Prague, where his professors were Josef Matyáš Trenk- wald and Jan Swerts. By then he was already earning money by teaching drawing and from small illustrations. His style evolved in the spirit of Romanticism and eventually his approach was close to Art Nouveau. Mikoláš Aleš is regarded as one of the leading figures of the National Theatre generation. In 1879 he and František Ženíšek jointly took part in a competition for decoration of the foyer of the National Theatre, which was won by Aleš’s design of a series of fourteen paintings entitled The Homeland. The concept was entirely Aleš’s, Ženíšek simply assisted in executing the designs in their final dimensions. Nevertheless the jury selected Ženíšek and several other artists to help complete the work, to which Aleš took great offence. From then on he painted only occasionally, devoting himself chiefly to drawing, for which he had already achieved a considerable reputation.