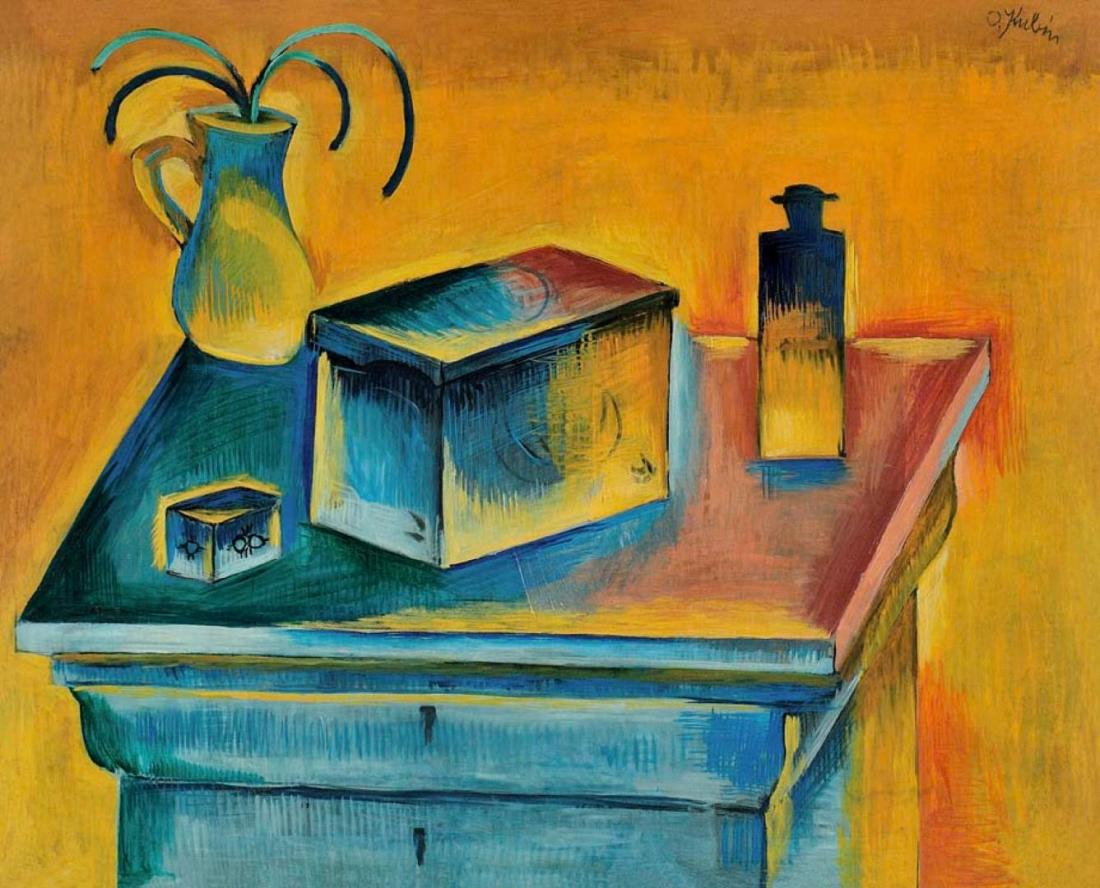 Kubín’s oeuvre initially developed along the lines of cubo-expressionism but later elements of neo-classicism asserted themselves. The leitmotif of Kubin’s paintings was landscape painting, in which the artist sought to capture the atmosphere and mood of a given place. Still lifes also feature quite frequently in his oeuvre as witness the present Still Life with a Box. It was painted shortly before Kubín departed for France and it largely sympathises with cubo-expressionism, which was typical for the artists of the Osma group.

Native of Boskovice, Kubín was not only a successful artist on the Czech art scene, he is also regarded as a major figure of modern French painting. He received a very broad art education, studying at the Sculpture and Stonemasonry School in Hořice and then at the Academy of Fine Arts in Prague where he was a pupil of the sculpture studio of Josef Václav Myslbek and subsequently studied with Václav Brožík, Vojtěch Hynais and Hanuš Schwaiger. He was a member of the Osma group, whose members —— Bohumil Kubišta, Emil Filla, Antonín Procházka, Linka Procházková, Václav Špála, Max Horb, Bedřich Feigl and Emil Artur Pitter- man–Longen —— played a major role in the development of Czech modern art. Kubín left for France in 1912 and started to sign his paintings Othon Coubine. He would become one of the leading representatives of the so-called Paris School. Kubín maintained his links with Czechoslovakia and in 1952 he returned home for twelve years. However he was put off by the situation in the then socialist Czechoslovakia and finally decided to return to Provence, where he eventually died.