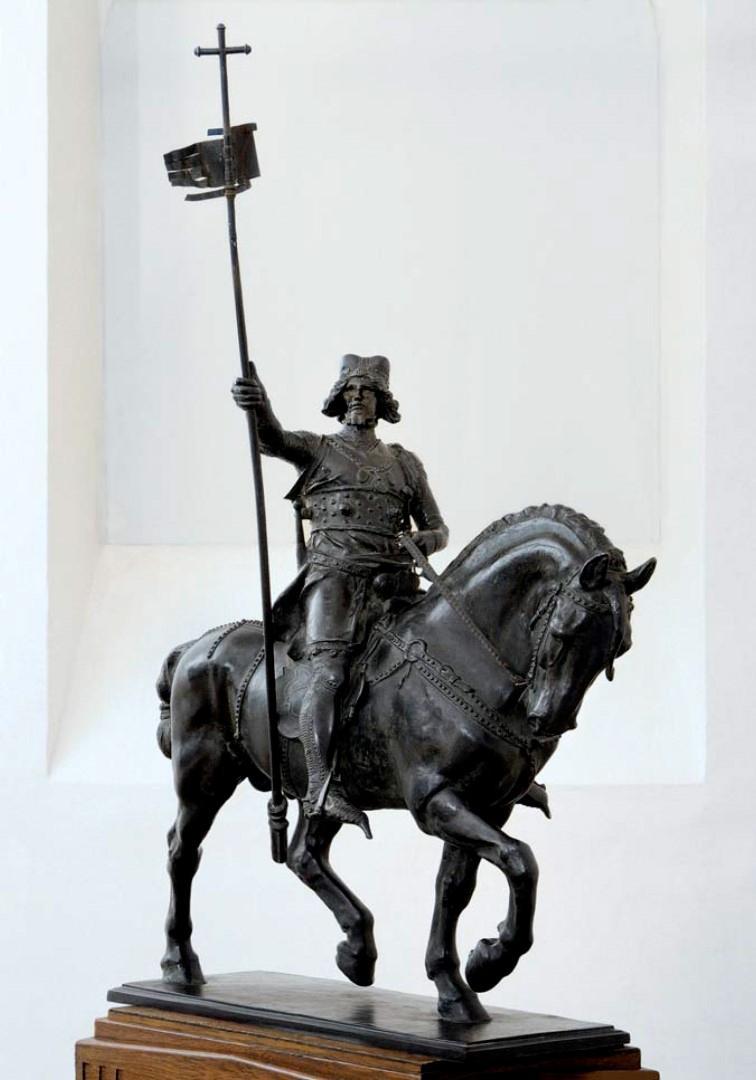 His 1890 bronze Crucifix for the tomb of Baron Ringhoffer at Kamenice, a cast of which is placed above one of the altars of the Sacré-Coeur basilica in Paris, is a timeless work. In 1888 the Ministry of Religion and Public Education commissioned an equestrian statue of St Wenceslas, which would become Myslbek’s cardinal work and a modern symbol of Czech statehood. He created a series of drawings, studies and proposals for the statue, which was completed a year after his death. It is a combination of classicist and realistic form and reality confronts the legends and stories of fabled Slavonic heroes. Myslbek’s ability to celebrate pagan slavdom using modern means of expression lends his oeuvre a timeless dimension.

Myslbek started his career in various sculptural workshops and he worked until 1866 under Tomáš Seidan. In the years 1868−1872 he studied painting with Josef Matyáš Trenkwald. His first independent works, such as Šárka (1871) and Apotheosis (1873) reflect the work of Josef Mánes and his Slavic types. His first monumental works include the Jan Žižka of Trocnov monument for the town of Tábor (the statue from 1877 was subsequently demolished because faulty material was used) and the Jan Žižka of Trocnov monument at Čáslav (1881), for which he adopted a new concept of the warrior’s figure, which would inspire other artists. In 1881 he won a competition for a sculptural group for Palacký Bridge in Prague, which was relocated to Vyšehrad after World War II. It is a synthesis of Romantic sensibility and neo- Renaissance expression. His proposals for Lumír and Song were awarded a silver state medal in Vienna in 1888. In 1900 he was awarded a gold medal at the Paris Exposition Universelle for his Monument to Cardinal Schwarzenberg.

Drawings from the collection of františek Jureček

Swap-shop for house and garden plants

The Literary Thursday will be streamed live on Facebook and the gallery’s YouTube channel.
The House of Art
30. 6. 2021 16:30