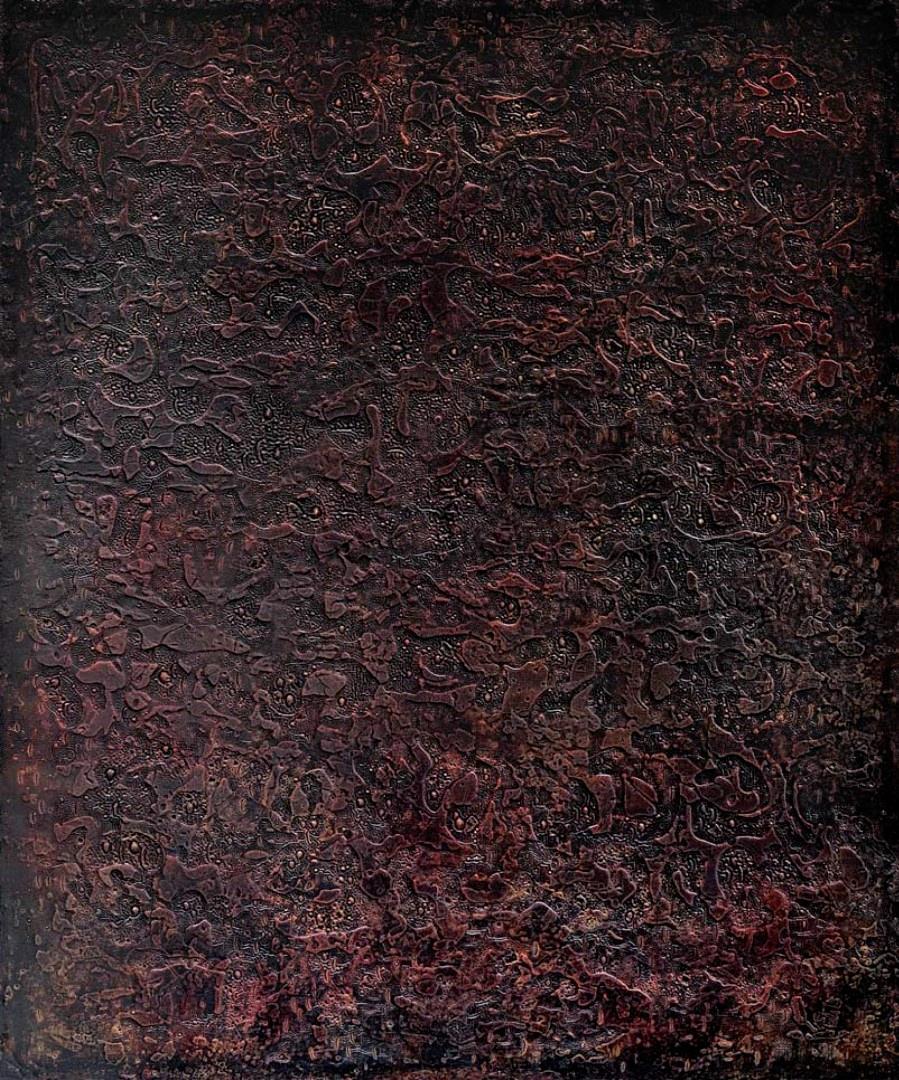 In the 1950s his work featured very distinctive figurative art —— huge archetypal figures from elsewhere. Typical of that period was a spiritual dimension and religious themes into which he introduced his own notions, experiences and visions. In the 1960s he started to create a series of structural paintings inspired by Jewish traditions, such as Gehenna, a Mythical Valley in Jerusalem —— a place of suffering and cleansing, a place of spiritual purification after which there follows the Absolute.

The painter Robert Piesen came from a Jewish family on his father’s side. In the years 1938−1939 he attended the School of Arts and Crafts in Brno, where his teacher was František Václav Süsser. During the Nazi occupation he tried to avoid deportation to concentration camp. He managed to obtain false papers but in 1942 was sent as forced labour to Berlin, where he worked at the Deutsche Verlag publishing house. He was obliged to help clear the ruins left after allied bombings, and that experience would affect him for the rest of his life. After the war he worked at Jiří Trnka’s animated film studio and later as an illustrator for Melantrich publishers. He was a member of the Máj 57 group of artists with whom he exhibited in the period 1957−1958. In 1962 his works were shown at the confrontational exhibition Argumenty I at the Galeria Krzywe Koło in Warsaw together with works by Jiří Balcar, Vladimír Boudník, Josef Koblasa, Mikuláš Medek and Aleš Veselý. In the 1960s he had exhibitions in Vienna and chiefly Israel. In January 1965 he travelled to Zurich to take part in an international exhibition at the Bürdecke Gallery and never returned to Czechoslovakia. He went first to Vienna and then Israel, where he lived in the Ein Hod artists’ colony.