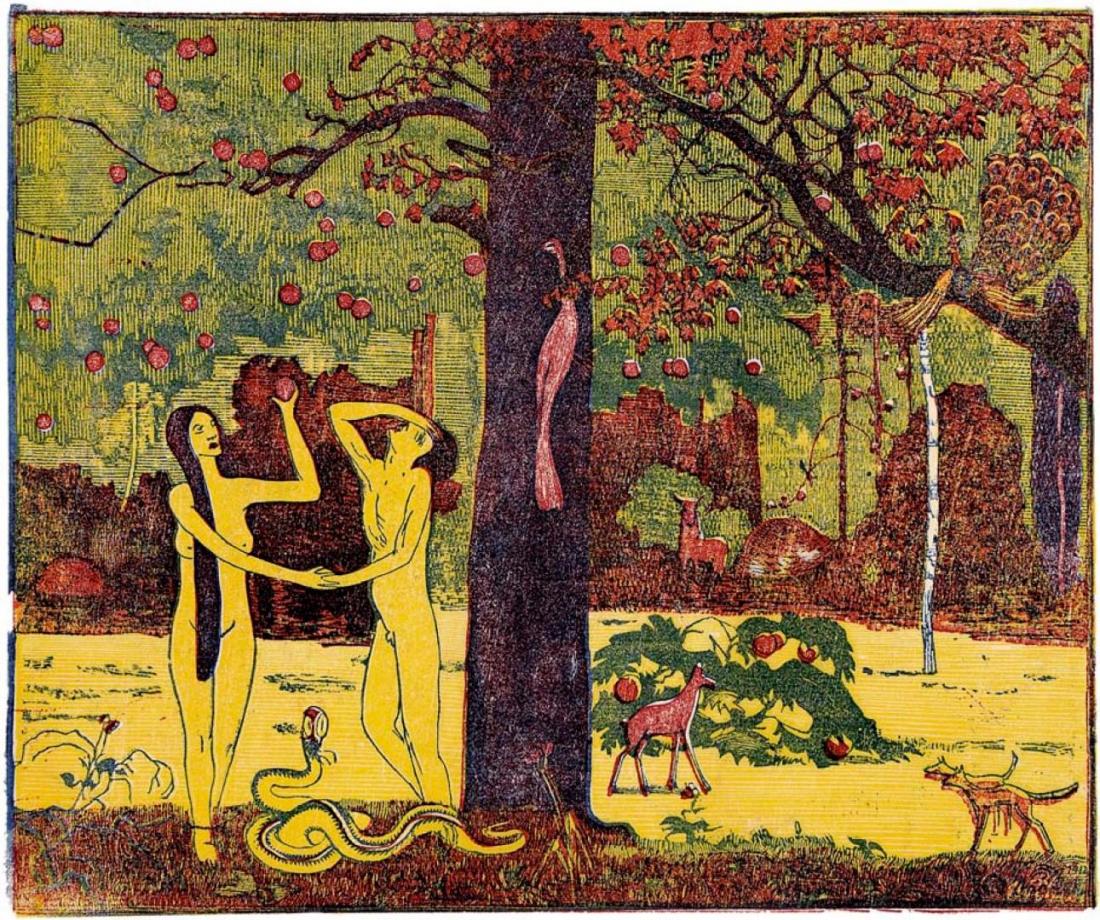 His highly distinctive artistic style and his subject matter were derived from a no less original perception of the world and his inner visions, as witness the wood- cut Paradise. Initially he collaborated with Catholic modernists before rejecting the Christian faith and drawing inspiration from occultism. He subsequently rejected humanism also, which might have been the result of his active participation in the battles of World War I. In the thirties he once more reconciled with theosophy and Christian spirituality. His fantasy and artistic invention are also confirmed in the décor he created for his friend Josef Portman’s house in Litomyšl.

In 1898 Váchal moved to Prague where his father apprenticed him to the bookbinder Jindřich Waitzmann. In 1902 he completed his apprenticeship and in 1904 he was employed briefly in a bookbinder’s at Bělá pod Bezdězem. On his return to Prague he studied at the private painting and graphic school of Alois Kalvoda (1904−1905). In 1910 he formed the artists’ group Sursum and helped found the review Veraikon. He was a painter, graphic artist and bibliophile, who bound books himself and published them in small print runs with his own woodcuts. His cycles of woodcuts Mystics and Visionaries (1913), The Front (1919), Dream about the Land (1919), Painter at the Front (1929) among others, are well known. The best known of the books are Penny Dreadful (1924) or The Plague at Korčula of 1927 with 52 coloured woodcuts printed using his own personal technique with several colours from a single board and with his own texts set with letters etched by hand into lead. His graphic oeuvre consists of over 2000 black and white and coloured woodcuts, 17 graphic cycles and over 100 original books.