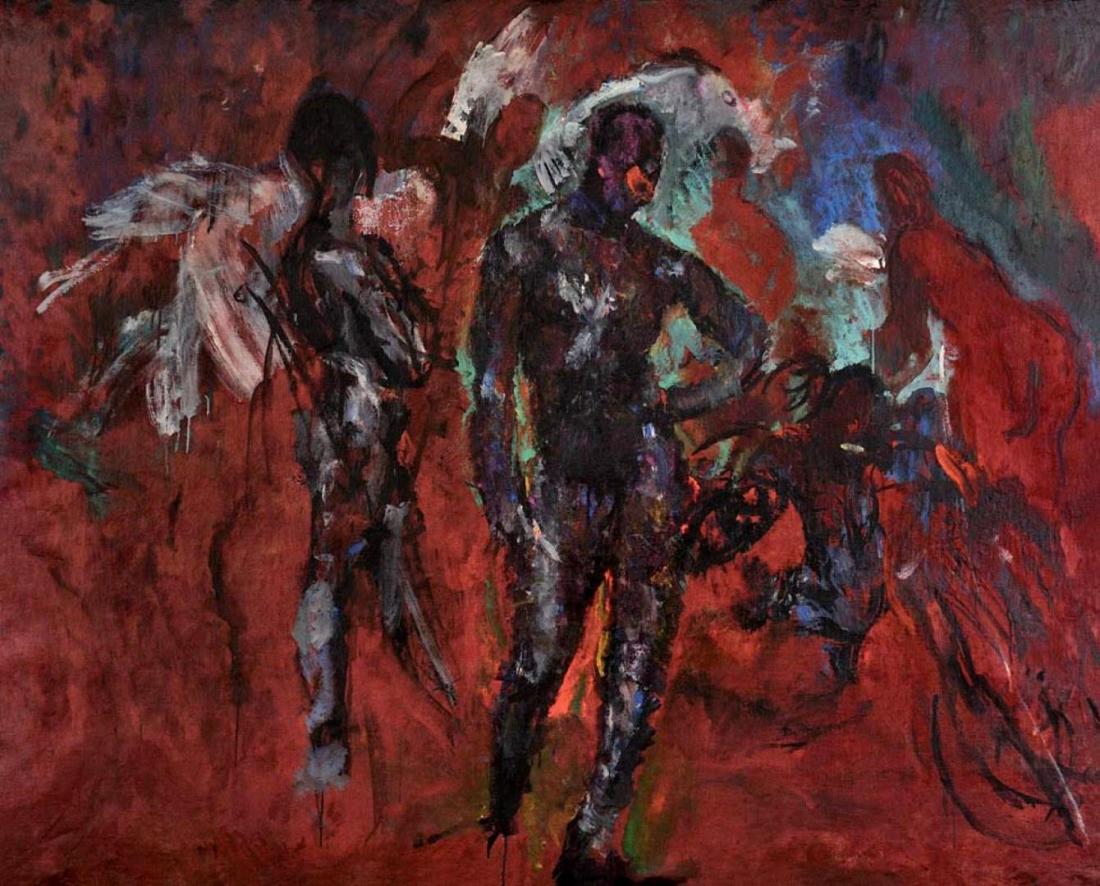 The Ostrava gallery’s painting Negroes belongs to the final phase of the artist’s development (1908−1911) and since it is clearly unfinished it may be regarded as among his last. The work itself may be regarded as evidence of a breakthrough in his output. Kahler himself also considered the canvas significant as its dimensions considerably exceed any of his previous works. As he suffered from TB it was recommended that he spend time in desert surroundings, and as he came from a wealthy background he was able to afford several trips to Africa, from where the subject-matter of the painting came, but also sojourns in the art centres of Europe (Paris, Brussels, Berlin, Munich). That also explains German and French influences in Kahler’s oeuvre and particularly a trend towards Expressionism with elements of Fauvist treatment of coloured surface. The eminent Wassily Kandinsky reacted to the painter’s untimely death with an emotional and admiring obituary that was published in the first almanac of the progressive Munich grouping Der Blaue Reiter, to whose exhibitions Kahler contributed as a guest on two occasions.

Eugen von Kahler is one of the most interesting artists with a German-Jewish cultural back- ground to have appeared on the Czech art scene. His prematurely completed oeuvre showed enormous future promise and was received very positively by internationally renowned exponents of modern art.