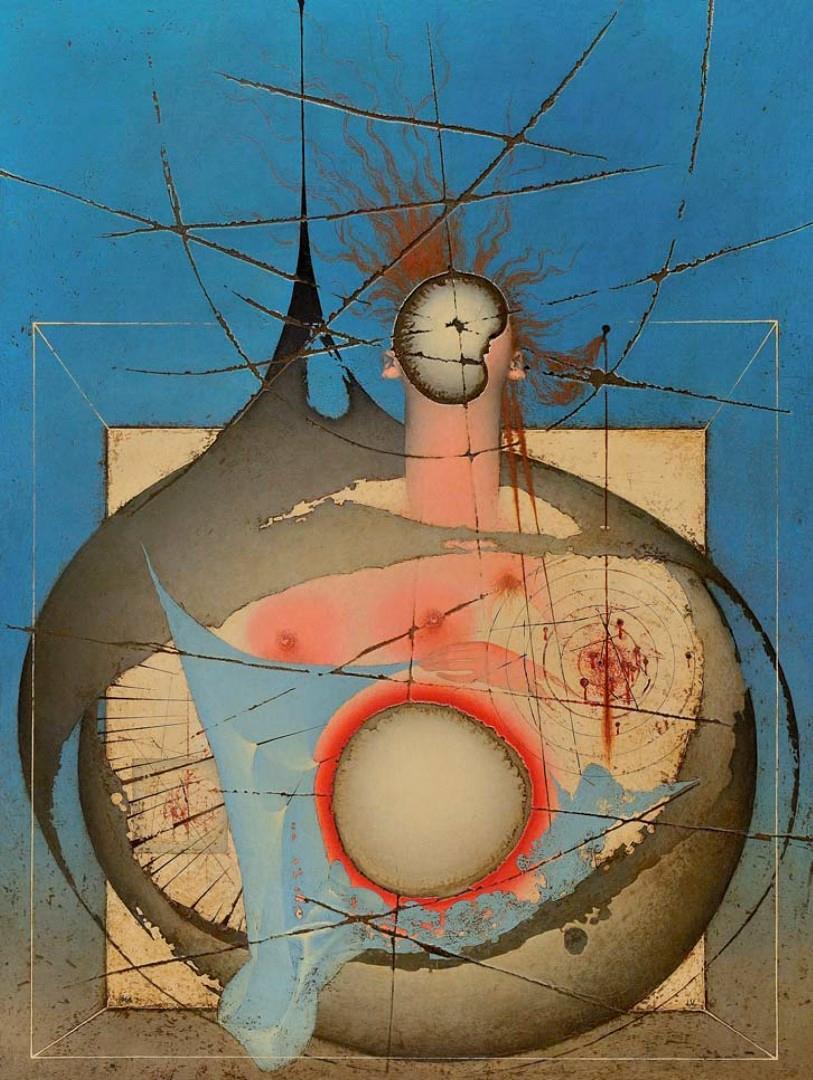 Jiří Valenta / Portrait of the Annunciation

Jiří Valenta / Portrait of the Annunciation

He created Portrait of the Annunciation in 1966 before he emigrated. Of large proportions, the work depicts a female figure on a blue background that almost looks infinite. It is a typical example of Valenta’s oeuvre at that time. The female figure is placed inside a kind of egg, which has powerful surreally poetic connotations. Another shining egg is placed beneath the female body, whose energy draws attention inwards. Next to it is placed an archery target. This entire curious structure of powerful symbolism and technical mastery presents Jiří Valenta as an outstanding artist on the Czech art scene in the second half of the 20th century.

Soon after completing a course at the Academy of Arts, Architecture, and Design in Prague, Jiří Valenta continues his studies at the Prague Academy of Fine Arts under Professors Miloslav Holý and Karel Souček. After graduating he joined the Confrontations group of mostly abstract artists. In 1968 he emigrated to Germany, settling permanently in Cologne. In 1971 he was awarded the prestigious Emil Nolde annual scholarship. In 1975 he abandoned painting in favour of photography. From the early 1960s his oeuvre consisted of representations of the human body. He would deconstruct the body and transform it into symbols and signs. He would paint on solid and robust foundations that would allow him to apply multiple layers of paint and create various structures. From the mid-1960s he became one of the leading exponents of Czech structural abstraction alongside Jan Koblasa and Mikuláš Medek.