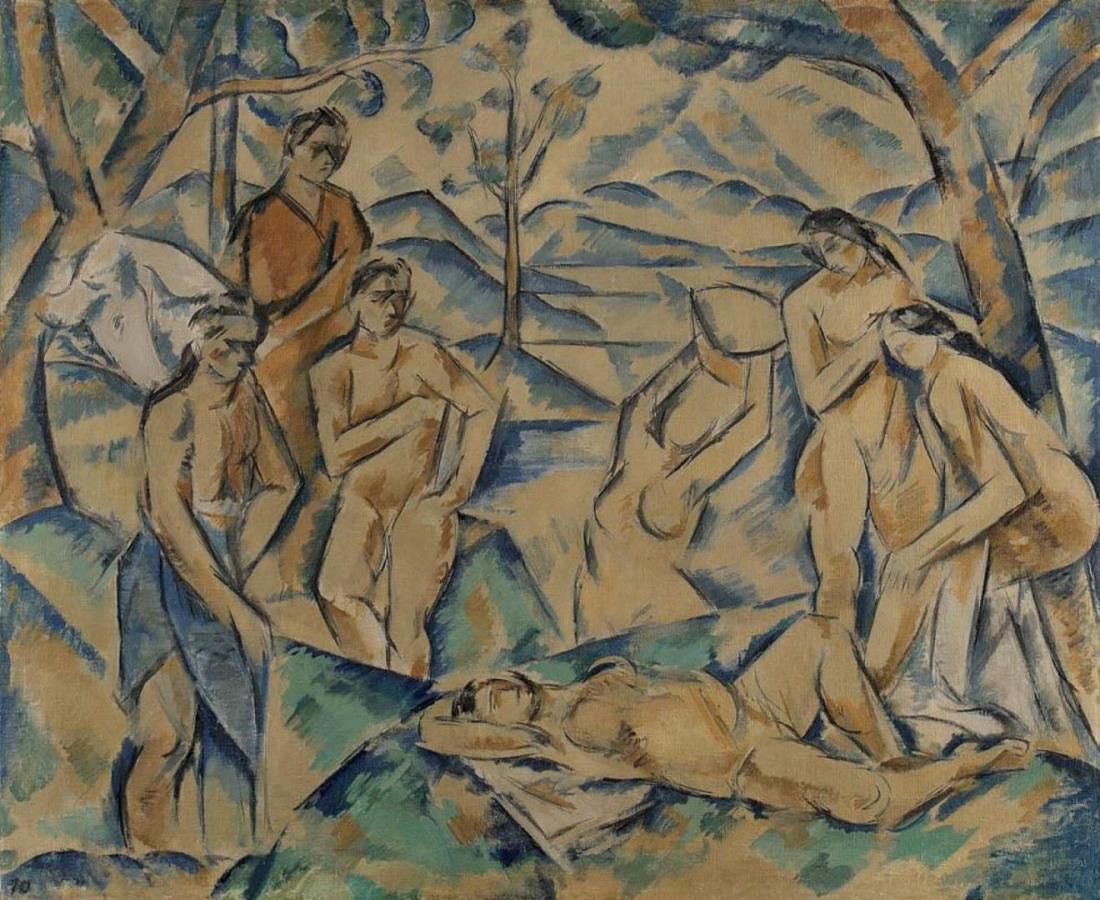 The painting Idyll is a large-scale, and in many ways unusual example of Beneš’s typical Cubist period which applied even before 1912 when he started to paint in the spirit of analytical Cubism. There is reduced use of colour in the painting, in which form predominates along with an unusually rich composition. Beneš treats symbolically and almost ritually the theme of bathing that recurred frequently in Czech art from the beginning of the century until the mid-1920s. Seven figures are depicted in the centre of the canvas: three men, almost ossified, observe four women bathing. It all takes place in a harmonious and, at first sight, idealised landscape of an almost religious character.

Beneš studied at the School of Applied Arts in Prague under Professors Emanuel Dítě and Emanuel Krescenc Liška (1902−1904) and subsequently at the Academy of Fine Arts in Prague under Professors Vlaho Bukovac and Rudolf Ottenfeld (1904−1908). He was a member of the Mánes artists’ association (1909–1911 and 1917–1949). Membership of the Osma group represented an important phase in Beneš‘s artistic career. In 1933 he became a member of the Czech Academy of Sciences and the Arts. He authored several significant theoretical studies in which re-assessed the role of leading figures of European painting. Before World Word I his style was chiefly influenced by Cubism, but after 1918 he tended towards modern landscape painting and later also to neo-Classicism. He also achieved recognition abroad, in Italy, France, England and Poland. but chiefly in the USA, where he organised several exhibitions, including in Pittsburgh, Philadelphia and Chicago.