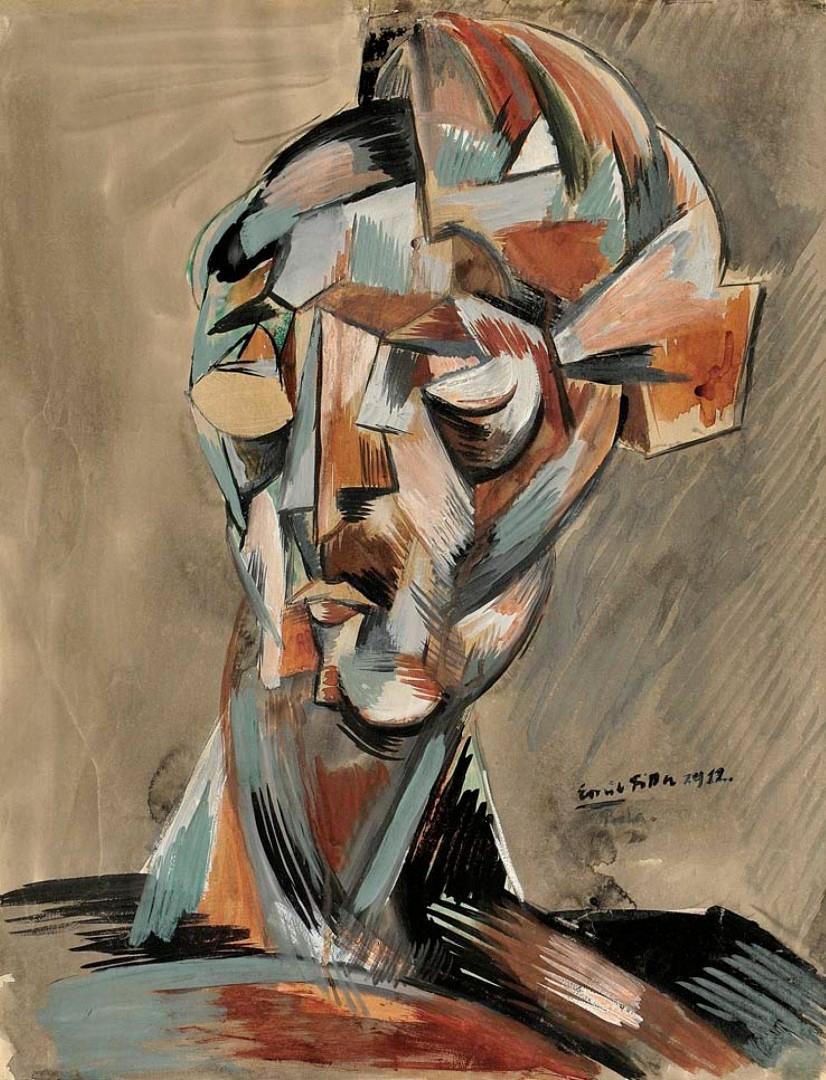 Filla’s works in the Ostrava Gallery of Fine Art include a gouache with the title Head, which is one of the most significant proofs of the extent to which Cubism put down roots in Czech art. With its strongly geometric stylisation and the drawn architecture of the anatomical structure that respects the Cubist rule of reducing colour to grey-blue and ochre shades, the painting is well-known thanks to dozens of major exhibitions in Europe and overseas. The uncompromising application of analytical Cubist principles turns this colour of study of modest proportions into a fundamental act of the early phase of Cubist painting.

A leading figure of Czech avant-garde, Filla studied at the Academy of Fine Arts in Prague under professors František Thiele and Vlaho Bukovac (1903−1906) and was a member of the Osma and SVU groups. From 1909 until his death he was a member of the Mánes artists association, although he left it briefly in 1911 to help found the SVU group. He was an editor of Volné směry and Prameny art periodicals. In the years 1914−1919 he lived in Holland where, in addition to painting he talk part in the Czech movement of opposition to Austro-Hungarian rule. In the early days of World War II he was arrested with the Nazis along with Josef Čapek and interned in concentration camps. On his return from the camps he was appointed professor at the Academy of Arts, Architecture and Design in Prague. His early works were influenced by the Expressionism of the Norwegian Edvard Munch, an exhibition of whose works was held in Prague in 1905. Works shown by Filla at exhibitions of the Osma group in 1907 and 1908 displayed expressionist tendencies. He subsequently sided with Picasso and Braque. In the following phase of his oeuvre he adopted synthetic Cubism with marked plasticity and with contour lines. From the mid-1930s his works were predominantly expressive which is intensified by deformations and a heightened element of fantasy.