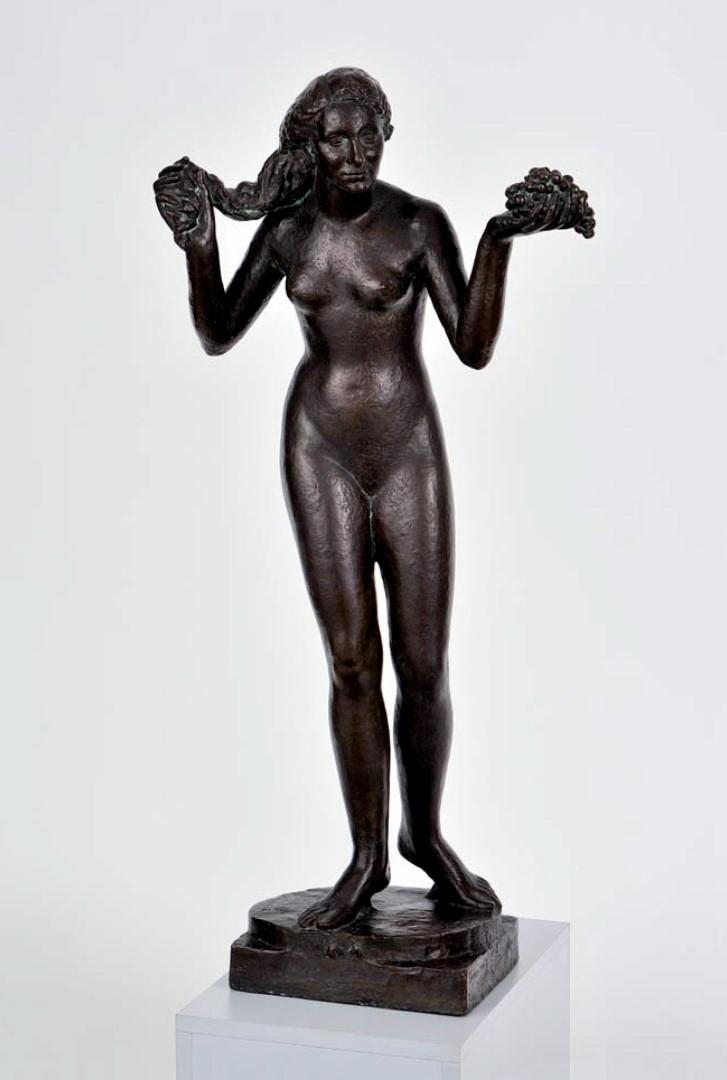 His sculpture The Wounded, inspired by the death of young soldier who was shot in the head would become a classic of the genre. A oeuvre was also marked by his enchantment with womanhood and he returned to the theme soon after the war. In 1918 he created the sculpture Gifts of Heaven and Earth, which is sometimes described as the “sister” of The Wounded. Whereas in the latter work he depicted a dying youth in free fall, in which can be felt the weight and lightness of human being, in the later work he captures, by contrast, the slender, delicate and tender body of a girl, her arms held out in the gesture of an orant ingenuously offering the gifts of heaven and earth and glorifying youth. Štursa‘s post-war works marked a return to more classical form. Among his last monumental works was The Fall of Icarus (1920), which was a reaction to the tragic death of Milan Rastislav Štefánik.

Štursa studied at the School of Sculpture and Stonemasonry at Hořice (1894−1898) and at the Prague Academy of Art in the studio of Josef Václav Myslbek (1899−1903). His first major sculpture was his course work At a Spa (1903). In his early years, between 1905 and 1907, he created a number of works, including Puberty and Melancholic Girl that were markedly Symbolist in character. In the pre-war period he produced a number of monumental works, including sculpture for Hlávka Bridge in Prague (1911−1913) and the allegorical Mind and Matter for the chateau at Ratboř. After the outbreak of World War I he served in Jihlava and then on the Galician front. Wounded, he returned to Jihlava. In 1917 he was appointed professor at the Prague Academy of Art (AVU), whereby he was also exempted from military service. In the subsequent period he reacted to his experiences of war. His war memorial Burial in the Carpathians (1921) is an austere depiction of leave-taking with a fallen comrade.