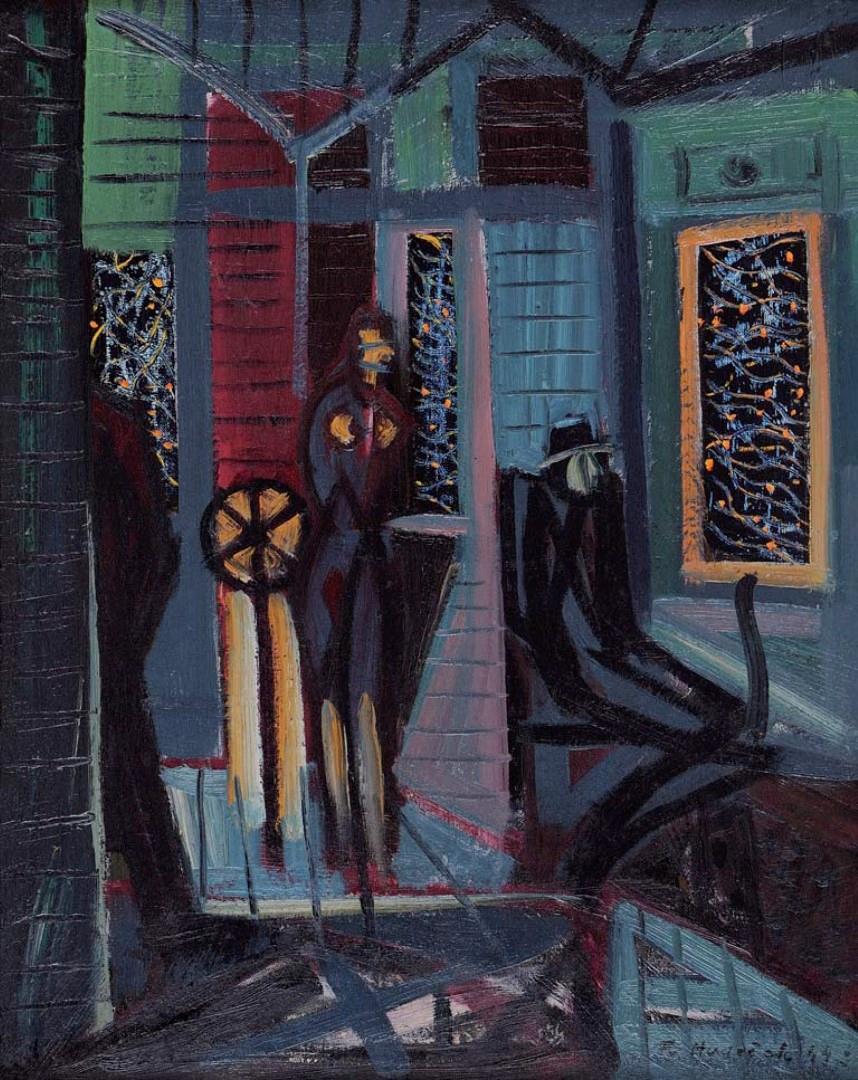 František Hudeček / Night in a Train

František Hudeček / Night in a Train

His work Night in a Train dates from 1944 and like many of the artist’s works it conceals a certain negative and sceptical attitude towards life, which is even more intense here due to the difficult and oppressive conditions of the war years. The picture is dominated by two dark fi gures —— a seated man and a standing woman —— gazing into the night out of a train window: lonely and alienated beings in a train going from nowhere to nowhere. The sombreness of the scene and its atmosphere of distrust is heightened by the green, blue and wine red areas of colour simulating the wooden walls of the railway carriage and evoking cold and hopelessness. A striking element of the painting’s optical centre is the hand brake of the carriage. František Hudeček gradually moved in the direction of geometrical arrangement and abstraction. During the 1960s he devoted himself to op-art. Most of his works derive from his distinctive awareness of surfaces, space and colour relationships based on his knowledge of descriptive geometry, biology and physics. Most sought-after are his works from the period of Group 42.

Painter, graphic artist and illustrator, Hudeček entered the School of Applied Arts in Prague in 1931 in the studio of František Kysela, but terminated his studies before the end of the course. In the 1930s he associated with the leading members of the then avant-garde including Toyen, Jindřich Štyrský and Emil František Burian, holding a number of exhibitions in the latter’s theatre in the years 1937−1941. In the early 1930s he was influenced by Surrealism, which he interpreted in an individual way, and his works also fl uctuated between Poetism and abstraction. While his oeuvre focused typically on the existential dimension of city life, he also drew on a whole range of subject-matter.He was a prominent member of Group 42 that operated in the years 1942−1948.