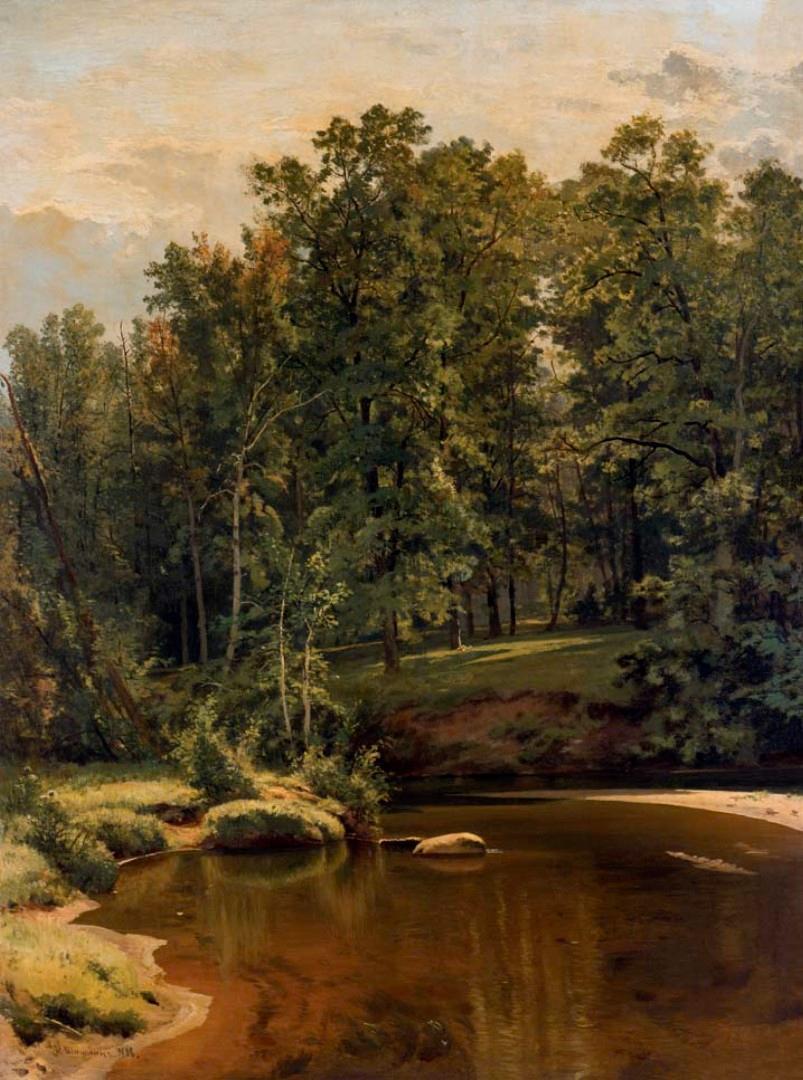 Shishkin’s landscape works initially consisted of monumental paintings that aspired to set the rules for a national school of landscape painting. Not until the 1880s did his pictures acquire a more intimate character. He gradually shifted from Romanticism to a more realistic approach. He preferred those of his works in which his chief concern was capturing the interior of forests in the minutest detail and with optical precision to those which expressed the mood of the landscape. His painting Forest with a Stream is certainly one of those. The painting’s surface is divided into several spatial planes, while the main emphasis is on the surface of the water, which becomes the epicentre of light reflections and the focus of the artist’s attention. It employs a whole range of shades, capturing the finest nuances of colour. Shishkin employed a different approach for representing the sky, which was of secondary interest for him; this is related to his quite distinct approach to painting.

One of the most important Russian landscape painters of the second half of the 19th century, Shishkin studied at the Moscow School of Painting, Sculpture and Architecture (1852−1856) and later spent some time in Munich, Zurich and Düsseldorf. In 1865 he returned to Russia and settled in St Petersburg. Five years later he became a founder member of the Society for Travelling Art Exhibits “Peredvizhniki“, which was set up in protest against the classicist painting taught at the academies of the day. The output of Peredvizhniki was based on realist depiction of the life in Russia, including objective portrayals of the social and political conditions. The association’s members included Ilya Repin, Isaac Ilyich Levitan, Vasily Ivanovich Surikov and Vasily Perov.