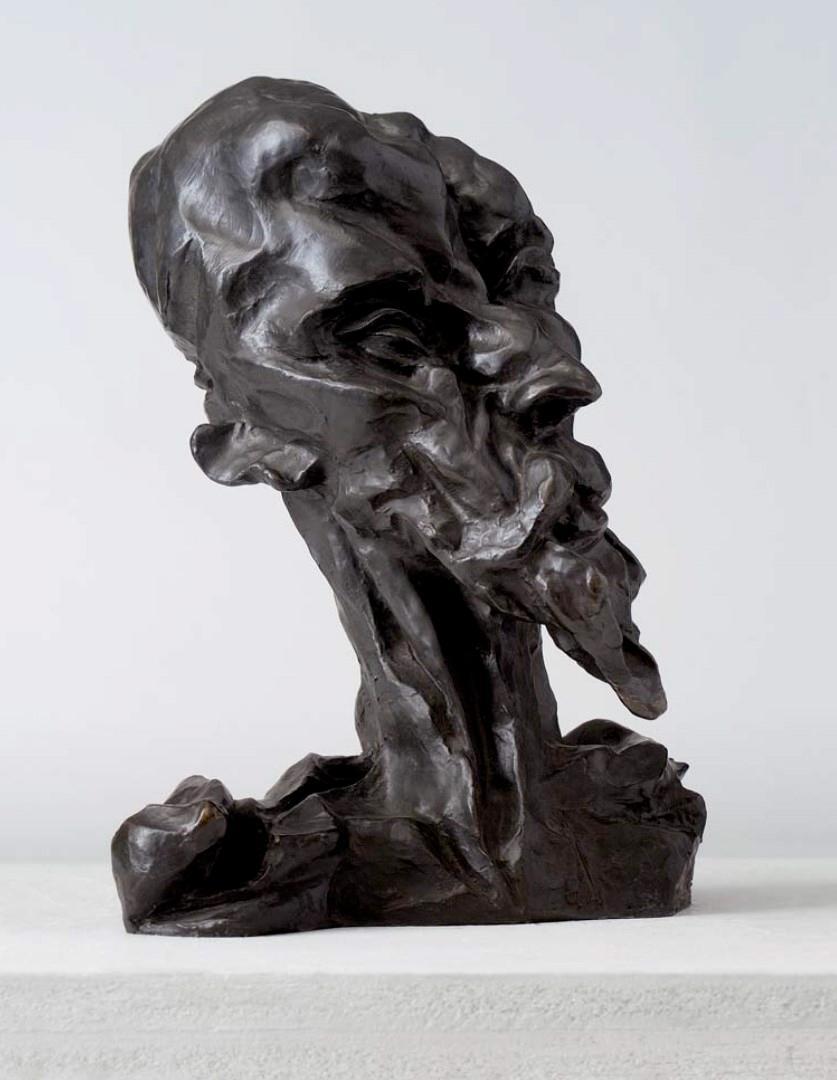 As for many other artists, he was to be inspired by his encounter with the work of Picasso, whose sculpture Head of a Woman (Fernande) from 1909 he saw in Prague. That influence is evident in the work Don Quijote (1911), in which he tackled the problem of the relationship of surface to volume in a distinctive way. Apart from his independently produced sculpture he created a monumental relief The Return of the Legions (1922−1923) for the Legio- banka in Prague. Similarly well known is his monument to “The Grandmother” of Božena Němcová Grandmother with Children (1922). In the 1920s he created a number of civilist terracotta sculptures on the theme of everyday life, including Girl with a Dog, Industry and Trade. Otto Gutfreund is an outstanding figure of Czech sculpture in spite of his brief career.

Gutfreund studied at the school of ceramics at Bechyně (1903−1906) and at the School of Applied Arts in Prague (1906−1909). In 1911–1912 he lived in Paris, where he worked in the studio of Antoine Bourdelle. He returned to Prague, where he joined the Artists’ Group (Skupina výtvarných umělců — SVU) and exhibited his sculpture Anxiety in which he applied the principles of analytical Cubism to sculpture. In 1914 he left for France, where he was when the First World War broke out. Gutfreund joined the Foreign Legion in 1915 but his application to enlist in the French army was rejected. He was interned at the Saint–Michel–de–Frigolet camp in the département of the Bouches–du–Rhône. After the war he lived in Paris before returning to Czechoslovakia in 1920. His oeuvre, particularly in its early period, displays a fusion of elements of his native sculptural tradition and Gothic sculpture with a knowledge of contemporary French art, German Expres- sionism and Cubism. His key works between 1911 and 1913 include Hamlet, The Violoncellist and Head of Viki.