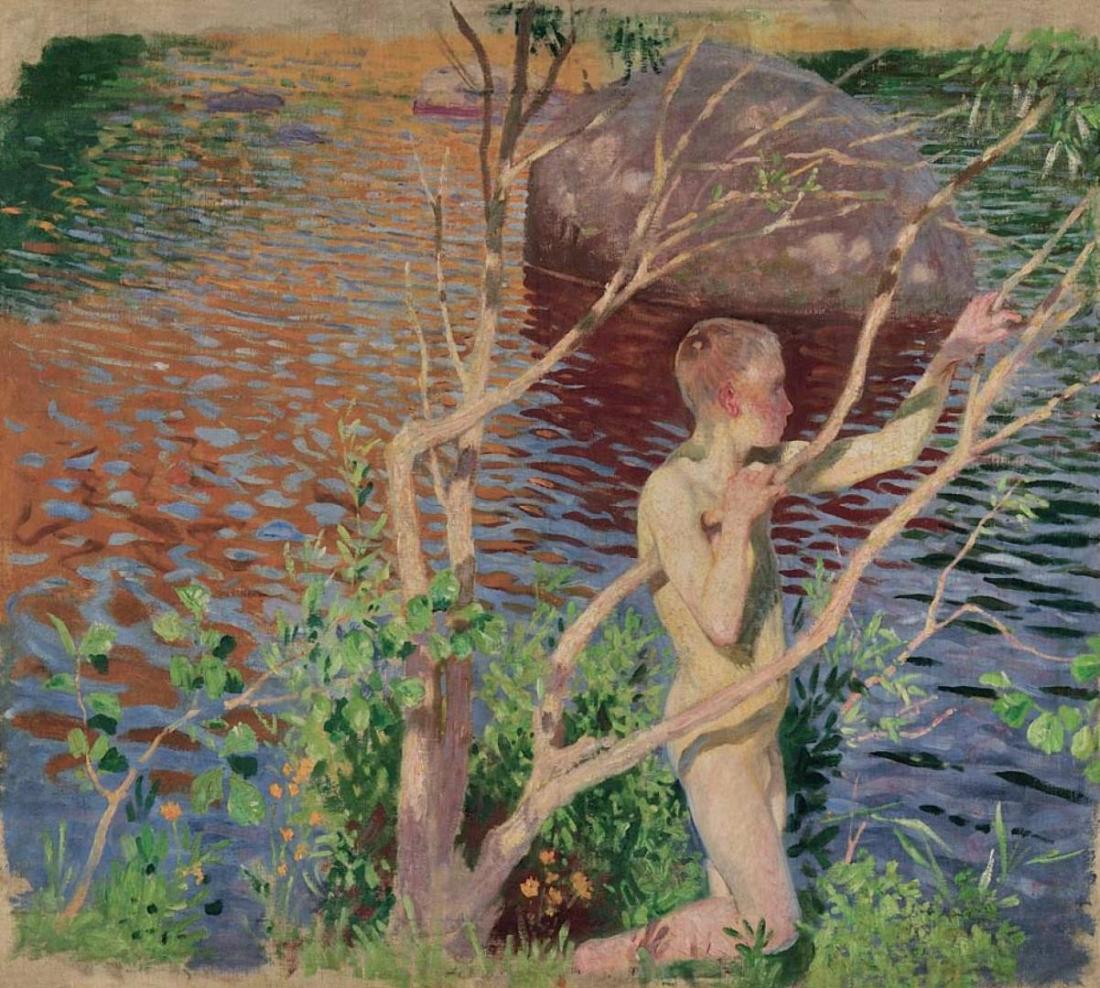 Jiránek’s oeuvre is largely influenced by Impressionism, and the play of light and shade at different times of day typifies his works. Characteristically he depicted figures in landscape settings. His favourite localities were the Mělník area, Detva and Polana in Slovakia, and also Moravian Slovakia where he would visit the painter Joža Úprka. He is also known for paintings of secluded areas of Prague from the Villa Lumbe where he resided with his family. Jiránek’s painting Bathing is an example of his impressionist landscape scenes with human figures. The figure of the naked boy at the waterside is here an allegory of the transience of human life relative to eternal nature. Unbroken colours laid on with separate brush strokes enhance the impressionist character of the entire scene.

Miloš Jiránek is one of the leading personalities of the founding generation of Czech modern art that irrupted into the art world in the course of the 1890s with demands for creative free- dom and the independence of artistic expression. He studied at the Arts Faculty of Charles University and in the years 1894−1899 at the Academy of Fine Arts in Prague in the studios of Maxmilián Pirner and Vojtěch Hynais, although he was obliged to abandon his studies because of his public criticism of Václav Brožík and František Ženíšek. From 1909 he was editor–in–chief of the art monthly Volné směry and together with F.X. Šalda created its modern appearance. He played a major role in the organisational activity of the Mánes arts association and in preparations for the exhibitions in Prague of Auguste Rodin (1902) and Edvard Munch (1905).