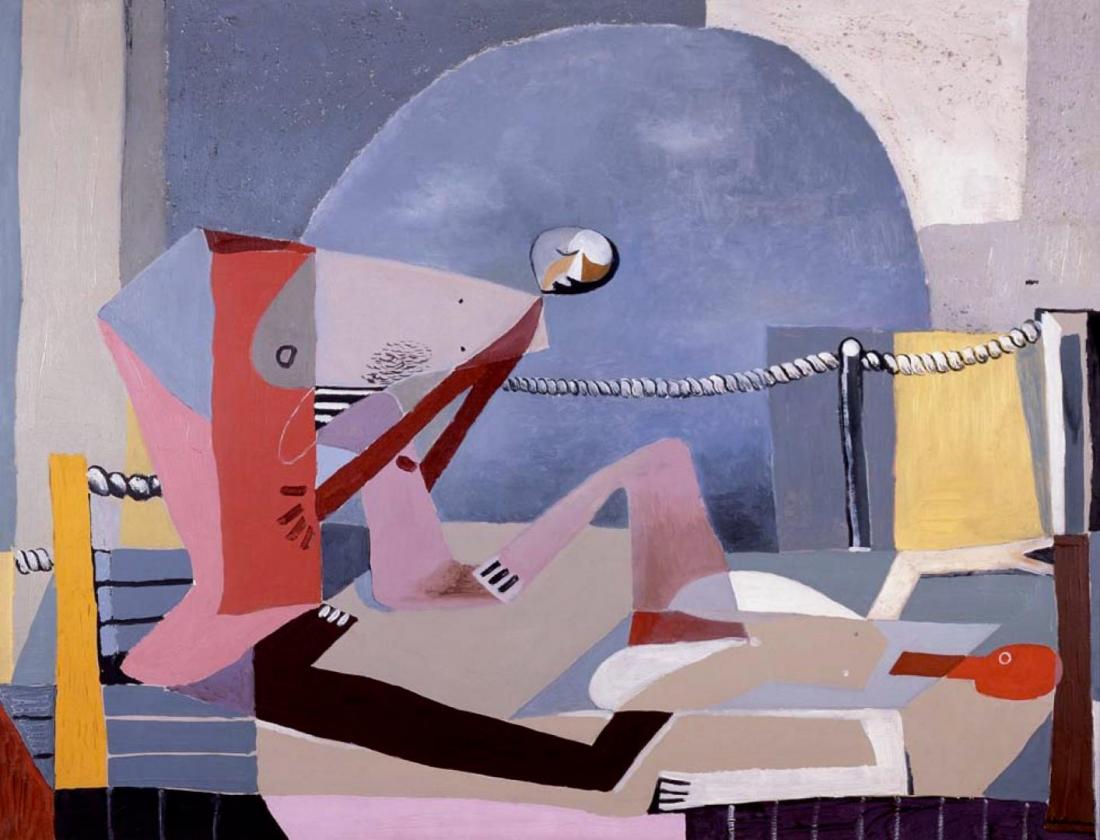 The figures of the wrestlers are flat and essentially bereft of physicality. At the same time that are powerful figures of non-anatomic proportions, which dominate the scene. One of the wrestlers lies defeated while the other leans over his defeated rival with his hands resting almost ostentatiously on his knees. Although the scene is dramatic, the artist depicts it with a certain degree of overstatement that lightens the atmosphere. What also eases the tension overall is a freshness of the colour that is untypical for this kind of scene. The work seems to reflect a happy and positive period in the artist’s life during the first half of the 1930s.
Wrestlers is a sought-after example of the artist’s work from the early 1930s and has been exhibited at numerous thematic exhibitions.

Alois Wachsman was an outstanding figure on the Czech art scene in the first half of the 20th century. He studied architecture at the Czech Technical University (1917−1922), continuing his architectural studies at the Academy of Fine Arts, where he was a pupil of Josef Gočár (1925−1928). In addition to painting and architecture who also engaged in stage design. The twenties were very productive years for Wachsman. Apart from his own independent creative activity he worked in the studio of Josef Gočár as a designer. He was also active in the Devětsil group, which he helped to set up. Initially his work was influenced by the wave of French Cubism and later by Surrealism; in the early 1930s a distinct influence of Pablo Picasso was evident in his work. The painting Wrestlers of 1932 is an excellent example of the crowning period of Wachsman’s oeuvre. That same year he exhibited at the commemorative and in many ways unique exhibition. Poezie 32, at which were shown works of Czech and foreign artists, including Paul Klee or Max Ernst. In this work Wachsman depicts a wrestling match between geometrised figures.