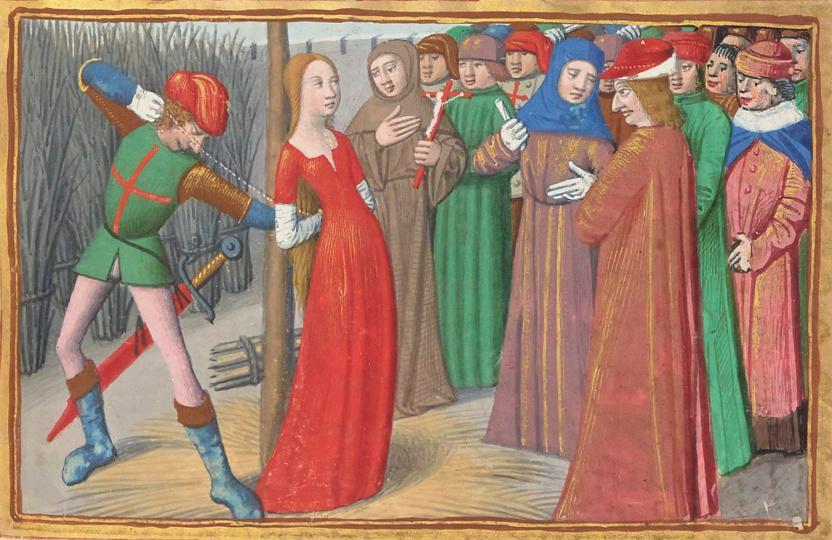 Joan of Arc – the Maid of Orléans

Joan of Arc – the Maid of Orléans

This year marks 590 years since one of the key events in the Hundred Years’ War between France and England. The French forces, led by Joan of Arc (1412-1431), captured the city of Orléans. Joan is one of the best-documented female historical figures of her time. She was not a poor, simple girl or a puppet in the hands of powerful men; she had her own political convictions, and she backed the cause of the Dauphin Charles, who was eventually crowned King in Reims. She was a strong young woman who considered herself to have prophetic powers and stood up for her own convictions – indeed, she was prepared to die for them. She gradually adapted her body to her new role; she cultivated typically male behaviour, and she wore male garments when leading her soldiers into battle. This lecture explores Joan of Arc’s life and personality, paying particular attention to her “second life” – connected with her posthumous legal rehabilitation in 1456, when her death sentence for heresy (which led to her being burned at the stake) was officially revoked.

Only in czech, free entrance.