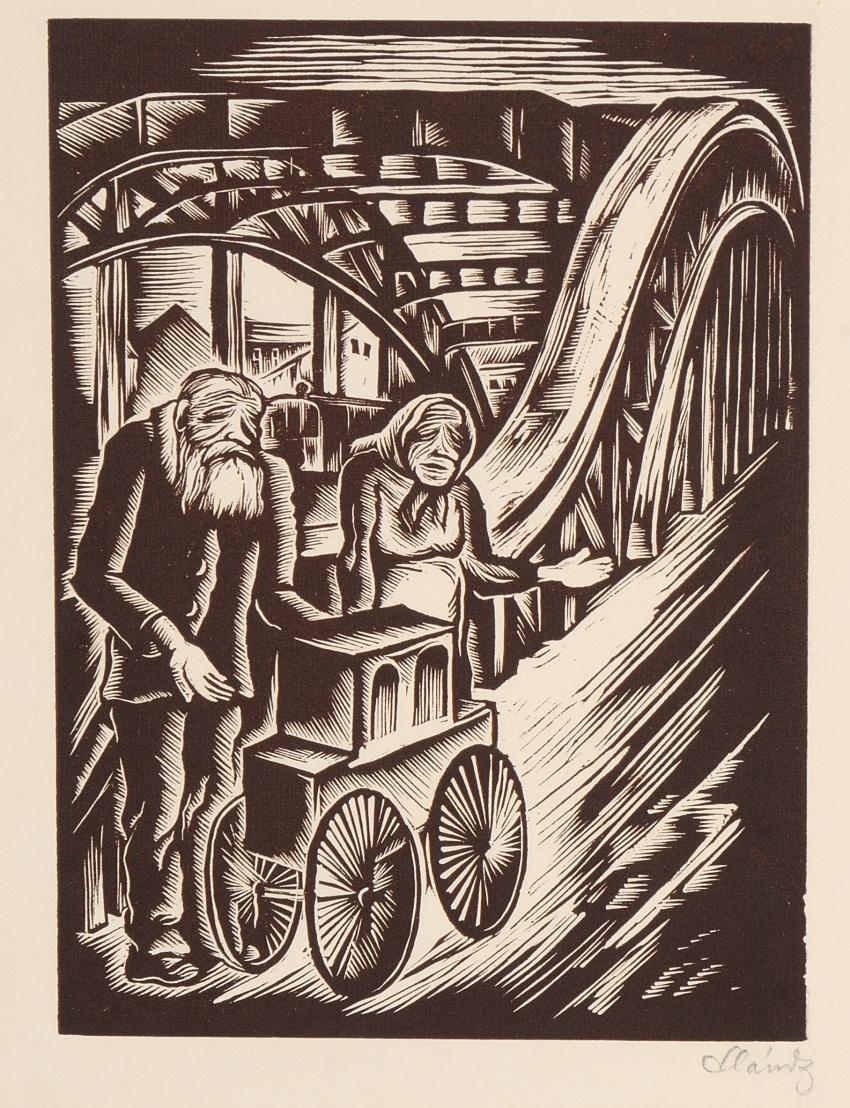 Jan Sládek (1906–1982), a native of Ostrava’s Kunčičky district, had a wide range of creative interests. He attended a business academy in his home city (1921–1925) and learned the basics of painting as a private student of Patrik Ungermann. In the 1920s he burst onto Ostrava’s art scene and soon became an active participant in the city’s cultural life. For many years he was a member of the Moravian-Silesian Association of Fine Artists and the Mánes Artists’ Association. In 1930 he launched a successful career as a scenographer at the Moravian-Silesian National Theatre, and he was soon commissioned to design sets for theatres in Brno and Prague – including the Vinohrady Theatre, the National Theatre, and Zdeněk Nejedlý’s Realistic Theatre (which he co-founded in 1945). Thanks to this professional success, he relocated to Prague after the Second World War and became one of the most prominent representatives of modern Czech scenography. Some of Sládek’s costume and set designs form of part of the collections of the Gallery of Fine Arts in Ostrava. The collections also include substantial numbers of his graphic works and paintings – including still lifes, panoramas of Ostrava, and depictions of everyday life and work in the city. His oeuvre also addresses social themes, as in his cycle of ten wood engravings dating from 1929. He is known for his emphatic use of drawn lines and his handling of light.