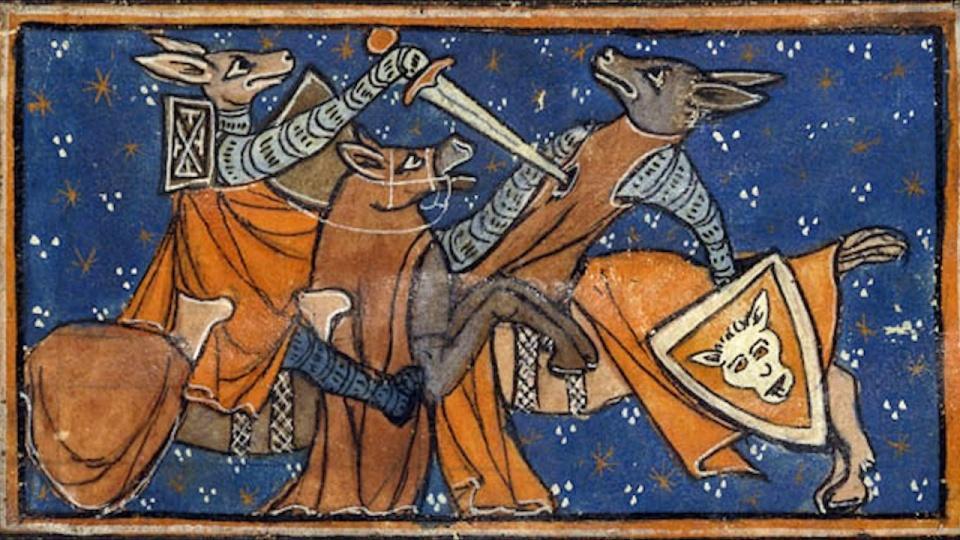 Foxes in the Middle Ages

Foxes in the Middle Ages

In medieval times, the fox was viewed mainly as a sly, deceitful animal that was willing to play dead just in order to capture some food for itself and its young. Foxes were even associated with the devil himself; the devil was also said to play dead in order to lure those who lived irreligious lives – only coming to life and revealing himself when these people were firmly within his power. The best-known fox of the Middle Ages (and one who was originally viewed in quite a positive light) was Renart, the hero of the Roman de Renart, a famous French medieval text. Renart was a country squire with a fondness for banditry, and in the tales he not only represents the animal world, but also possesses many human features. The oldest tales (in verse) were written in 1170, and the last of them date from around 1240. The authors were educated clergymen. The texts not only tell the stories of their hero; they also provide valuable insights into medieval life and thought.