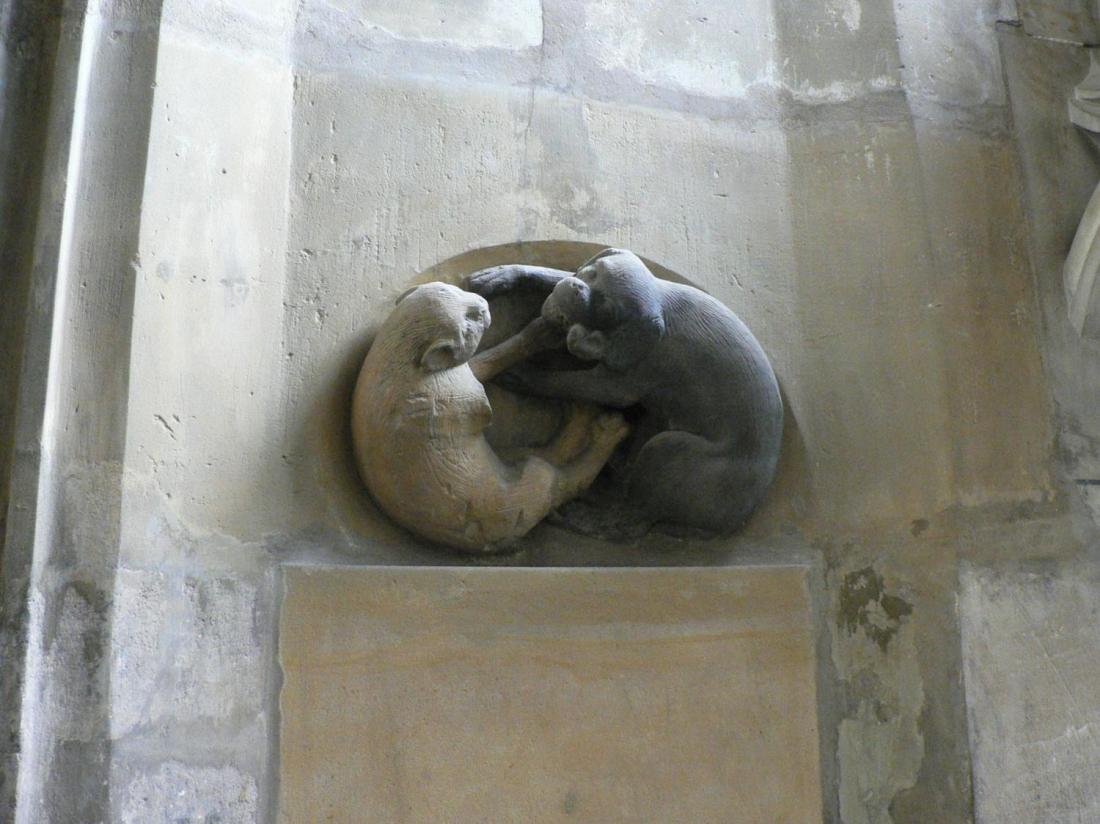 Cats in the Middle Ages

Cats in the Middle Ages

Nowadays, cats are much-loved family pets, but in the Middle Ages they were regarded very differently. In fact, they were not seen as household animals at all. Cats often lived in feral groups, and they were viewed as symbols of female lust, the night, paganism, witchcraft, and even the devil himself. Medieval authors often described cats’ eyes as looking like glowing coals. Cats are not easy to identify in medieval art; they often resemble leopards or small, somewhat feline predators – and they can often be confused with squirrels or monkeys. All these animals were typically depicted holding a spherical object in their front paws: squirrels were usually shown with a nut, monkeys with an apple and cats with a ball. Cats can be most clearly identified if they are depicted close to a mouse or a rat; this is the surest way of determining that the animal in the painting is meant to be a cat. Mice can also be identified by the cheese with which they were often depicted.