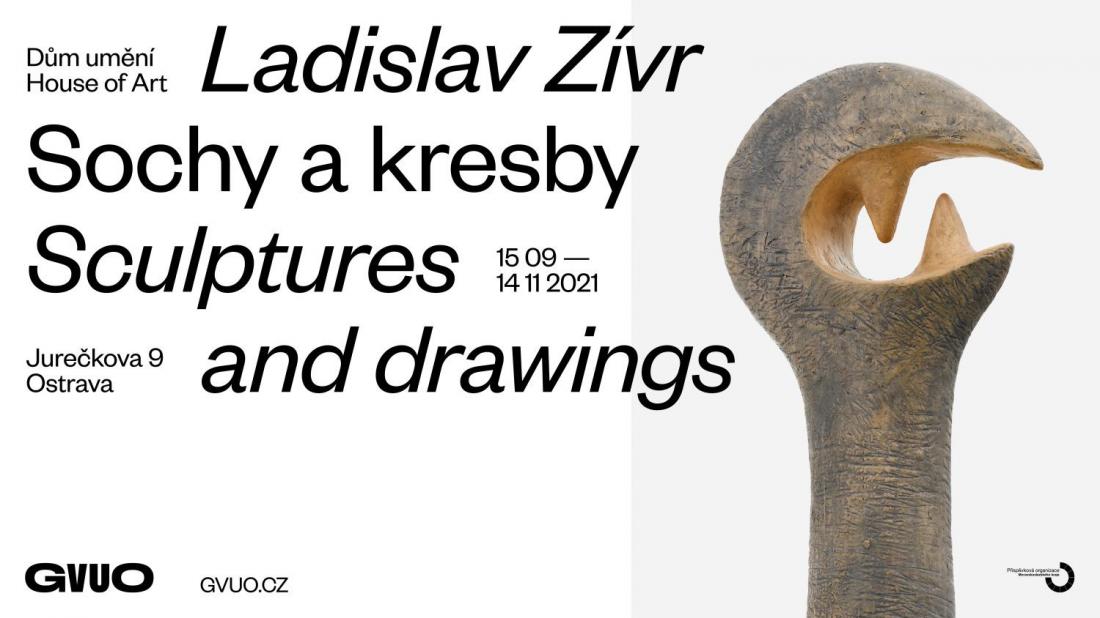 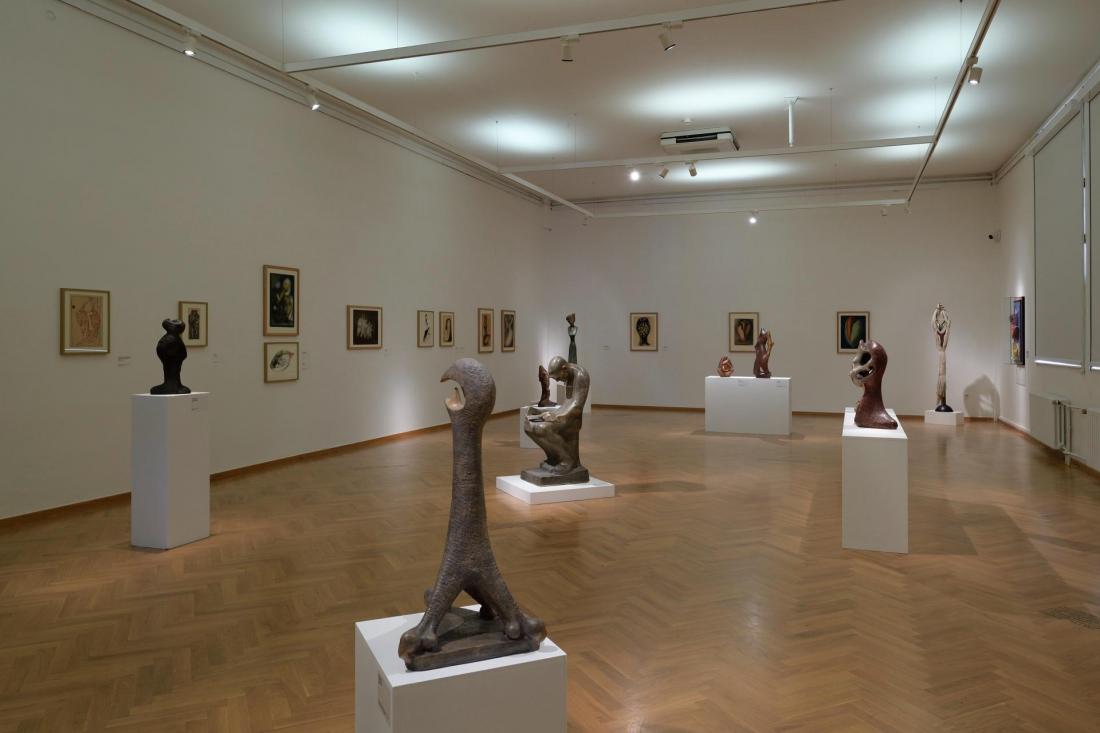 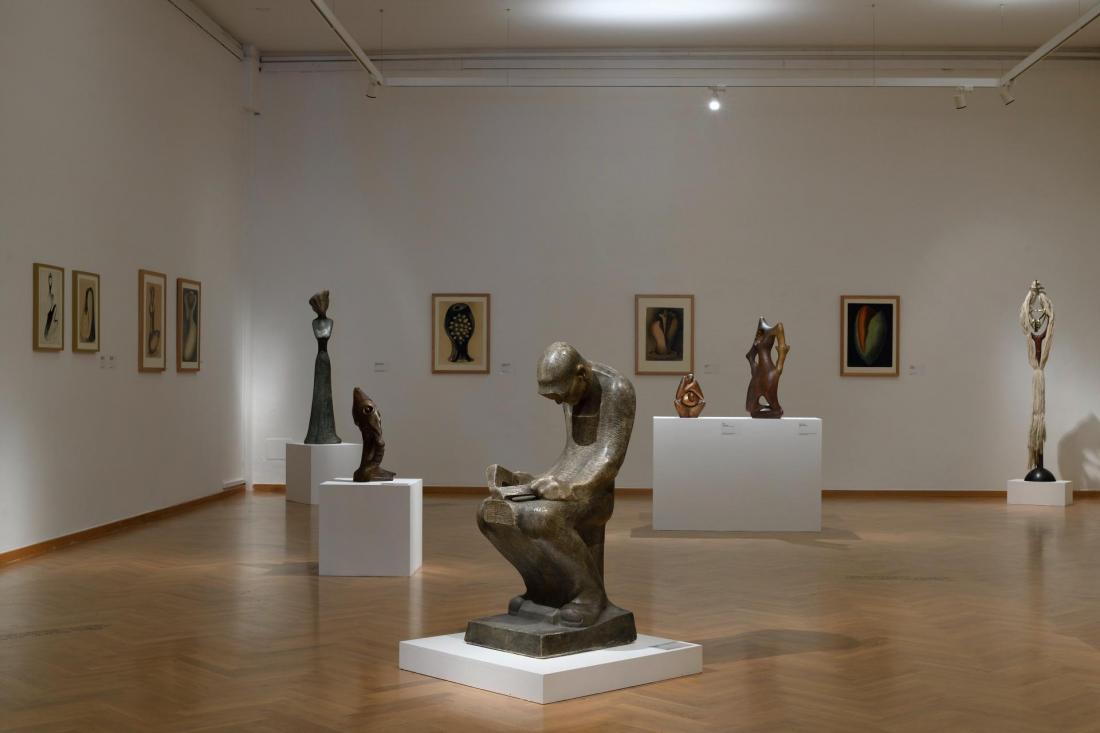 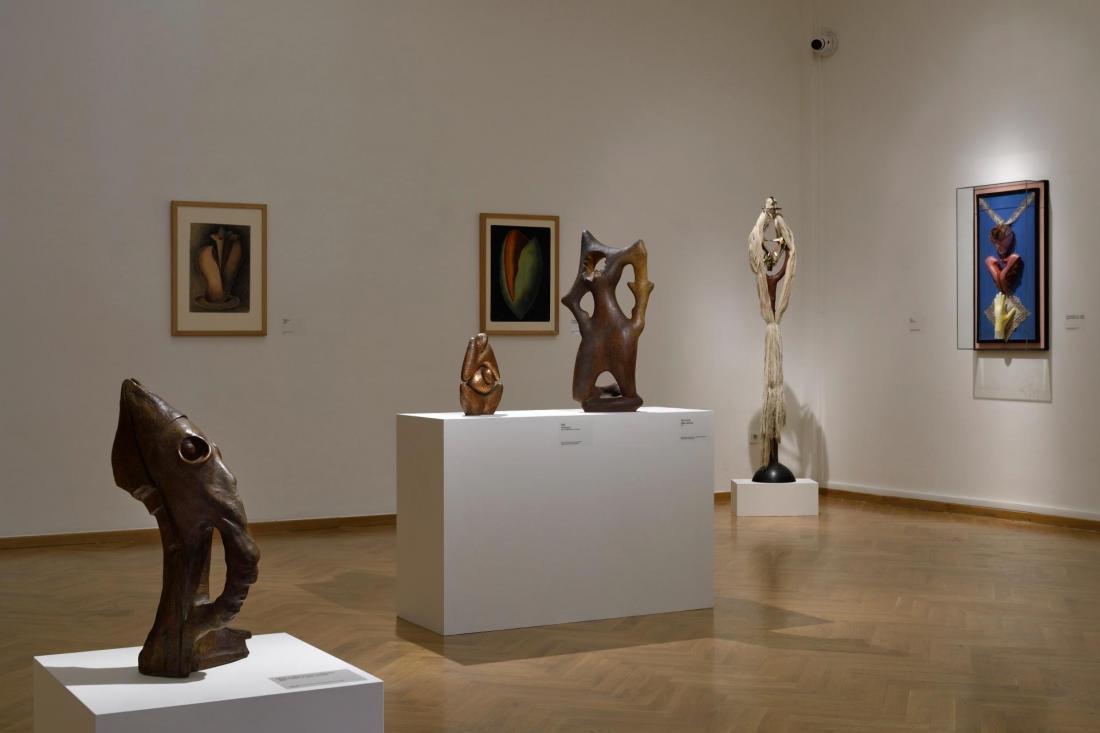 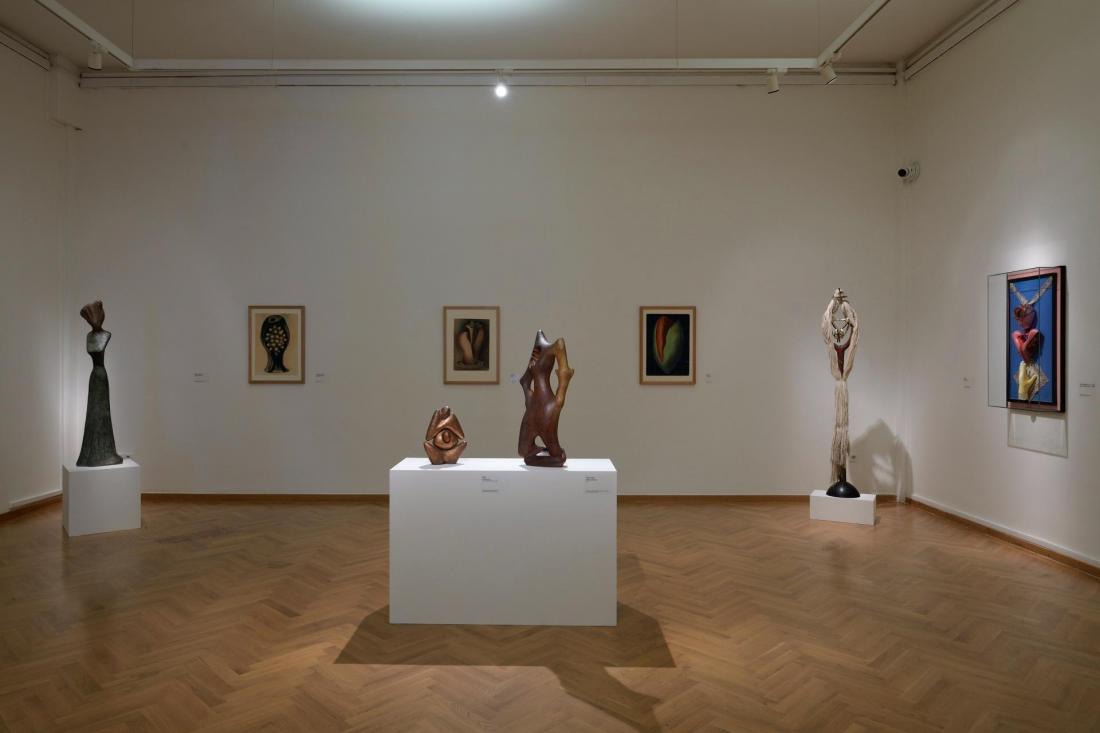 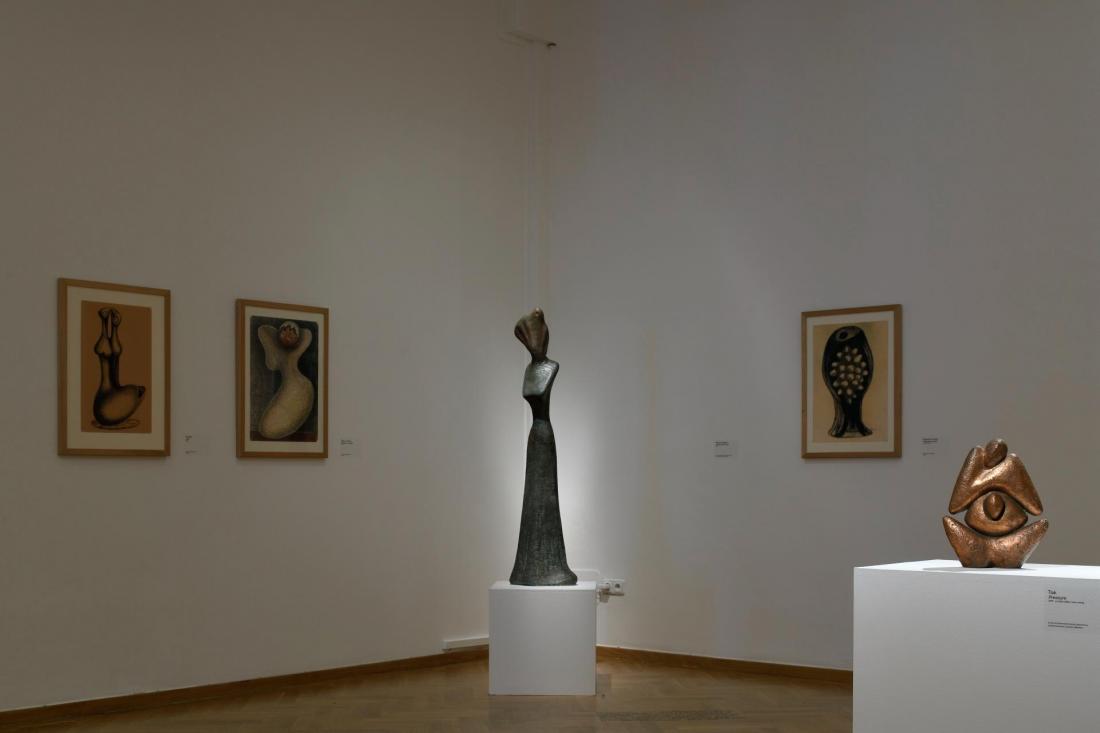 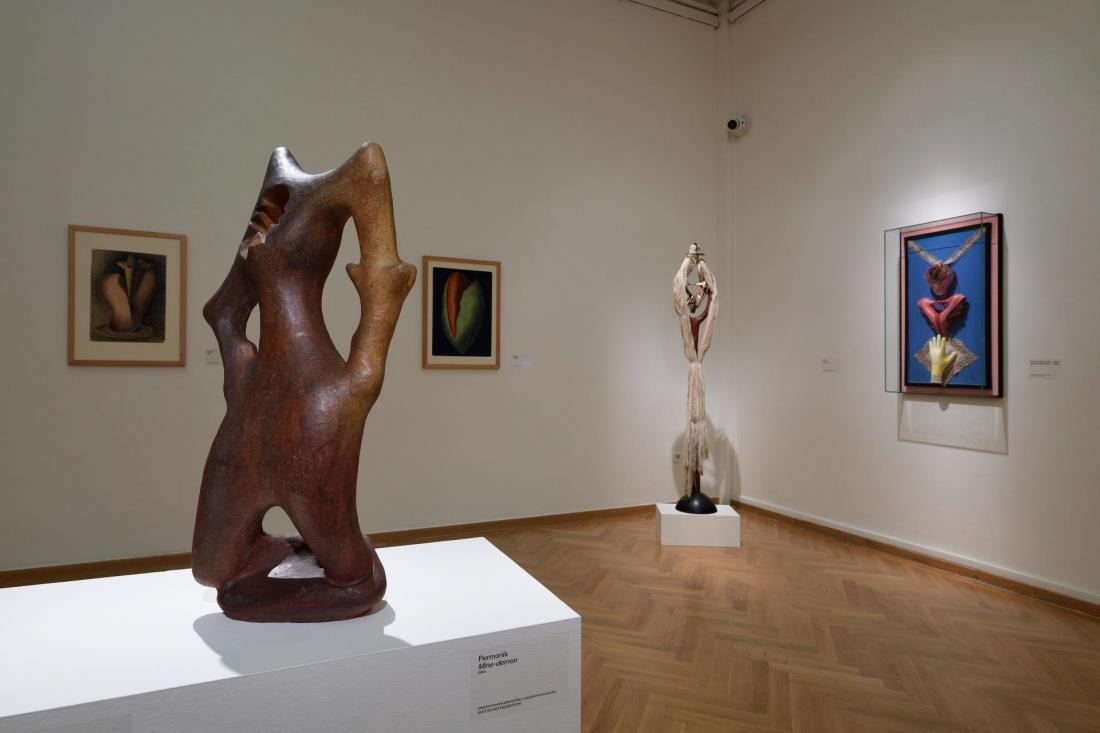 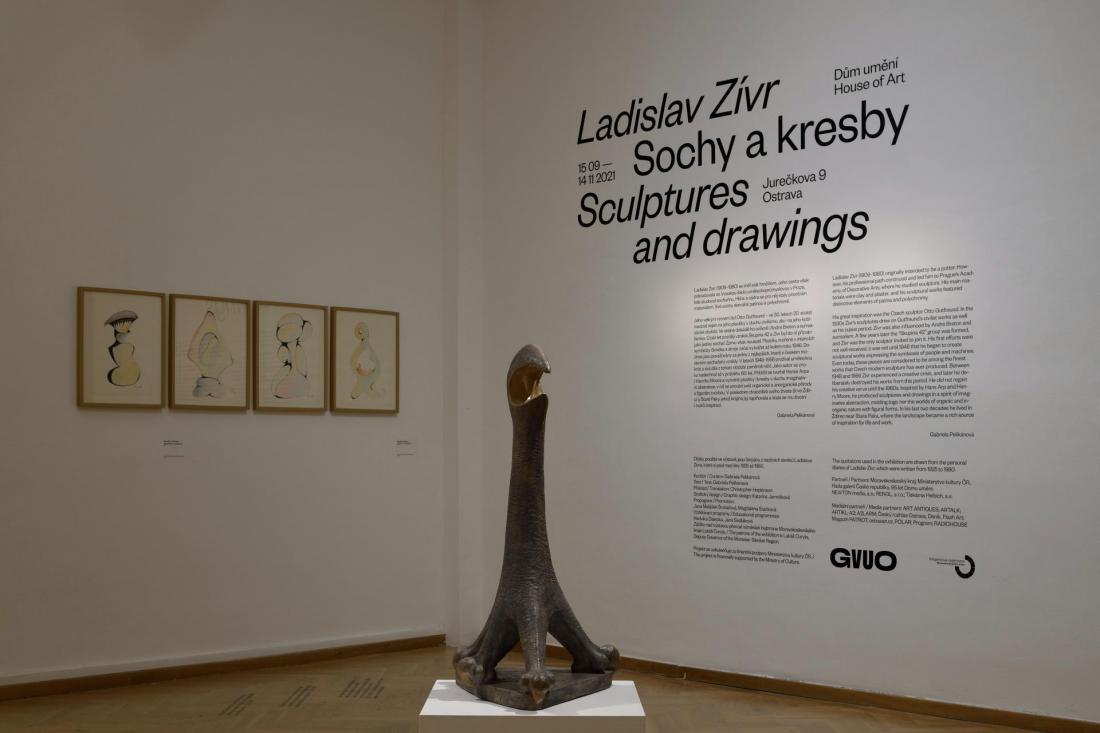 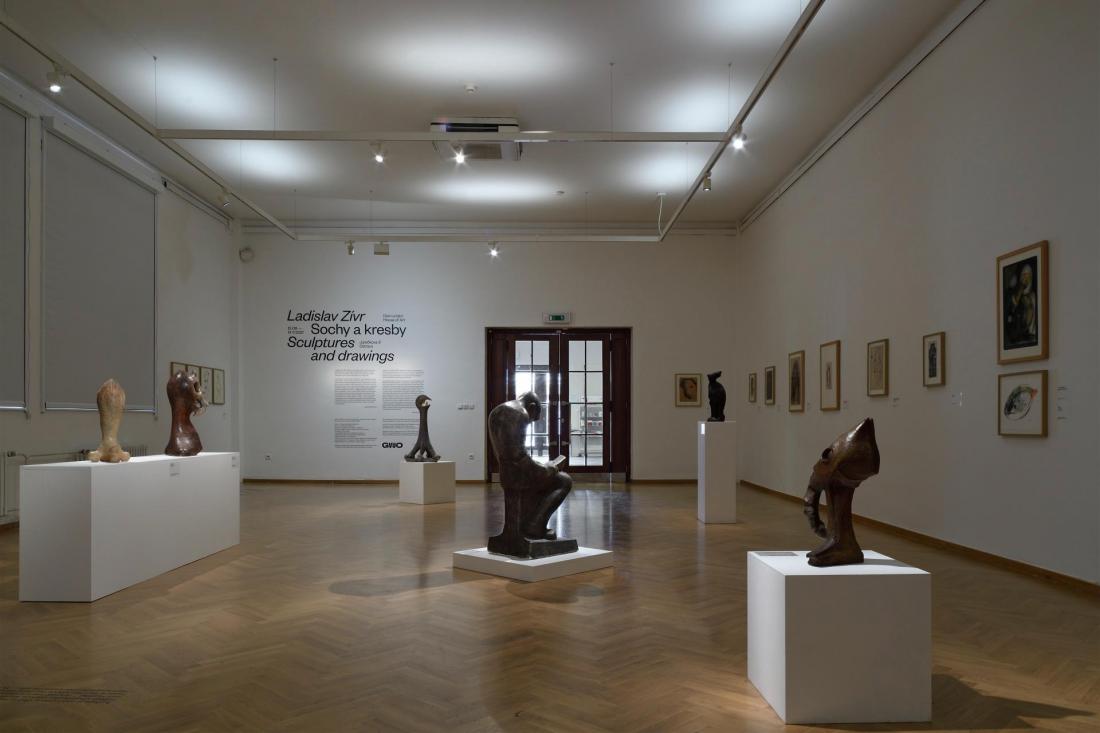 15. 9. – 14. 11. 2021
The patrons of the exhibition is Lukáš Curylo, Deputy Governon of the Moravian-Silesian Region.
Funded by the Czech Ministry of Culture.

Ladislav Zívr (1909–1980) originally intended to be a potter. However, his professional path continued and led him to Prague’s Academy of Decorative Arts, where he studied sculpture. His main materials were clay and plaster, and his sculptural works featured distinctive elements of patina and polychromy.

His great inspiration was the Czech sculptor Otto Gutfreund. In the 1930s Zívr’s sculptures drew on Gutfreund’s civilist works as well as his cubist period. Zívr was also influenced by André Breton and surrealism. A few years later the “Skupina 42” group was formed, and Zívr was the only sculptor invited to join it. His first efforts were not well-received; it was not until 1946 that he began to create sculptural works expressing the symbiosis of people and machines. Even today, these pieces are considered to be among the finest works that Czech modern sculpture has ever produced. Between 1948 and 1956 Zívr experienced a creative crisis, and later he deliberately destroyed his works from this period. He did not regain his creative verve until the 1960s. Inspired by Hans Arp and Henry Moore, he produced sculptures and drawings in a spirit of imaginative abstraction, melding together the worlds of organic and inorganic nature with figural forms. In his last two decades he lived in Ždírec near Stará Paka, where the landscape became a rich source of inspiration for life and work.