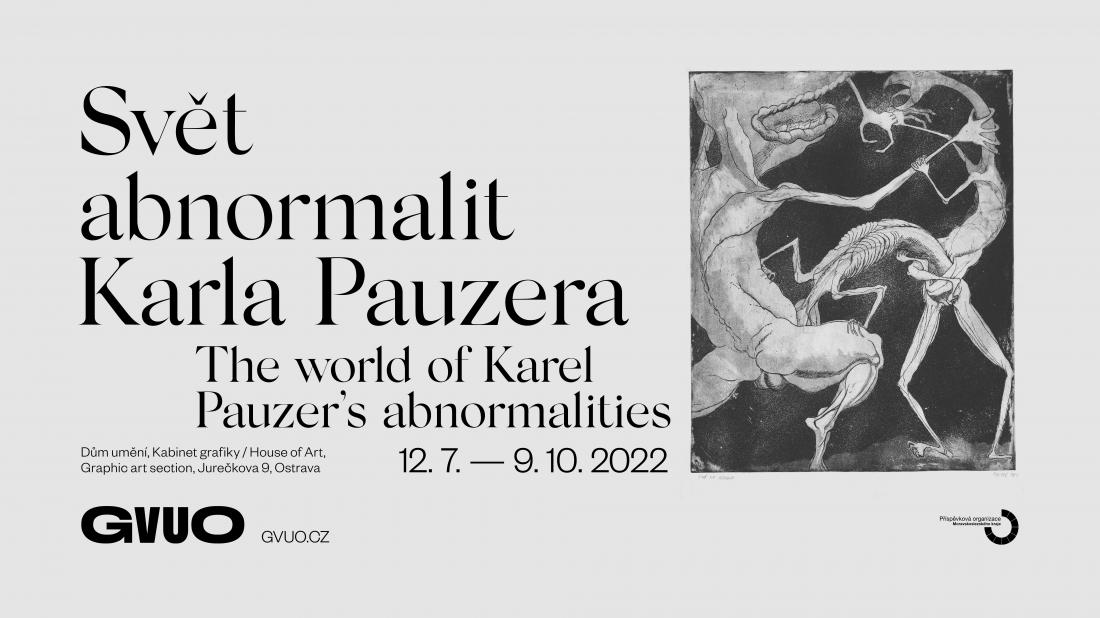 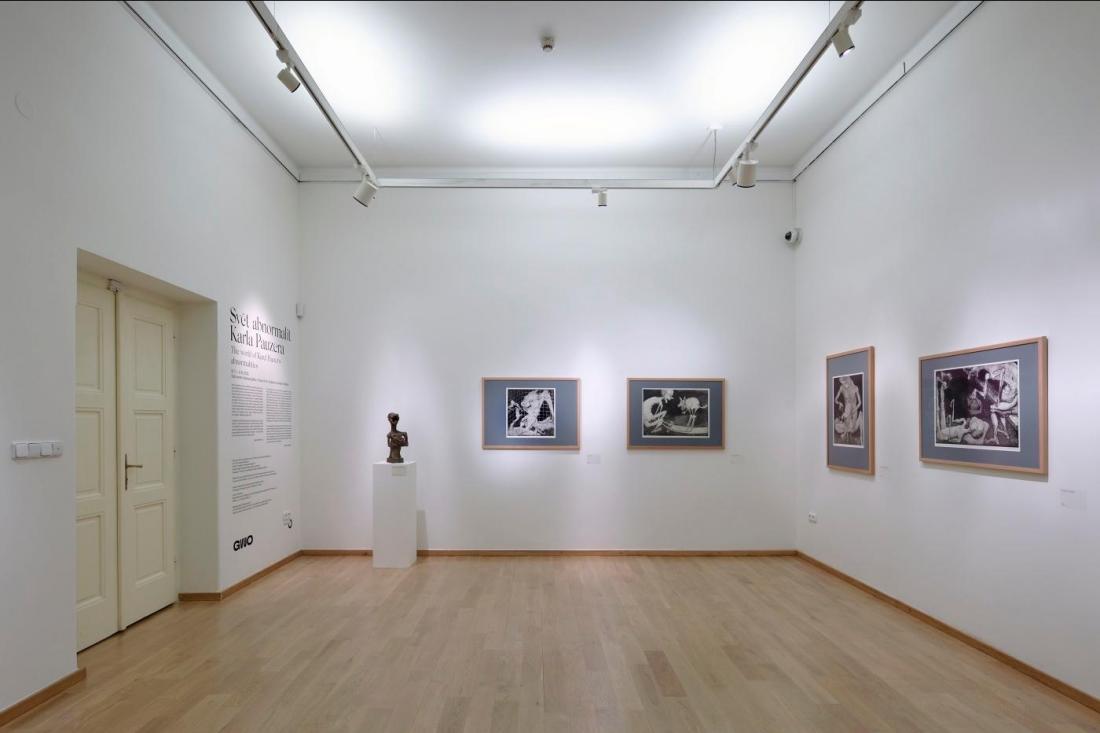 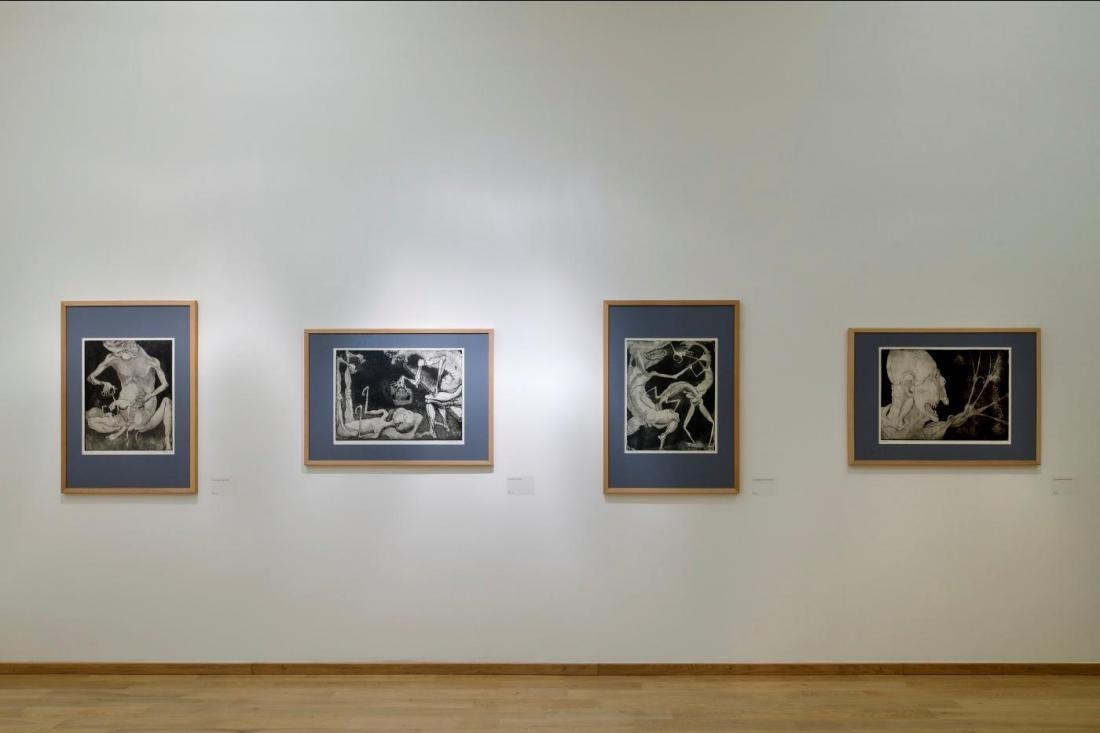 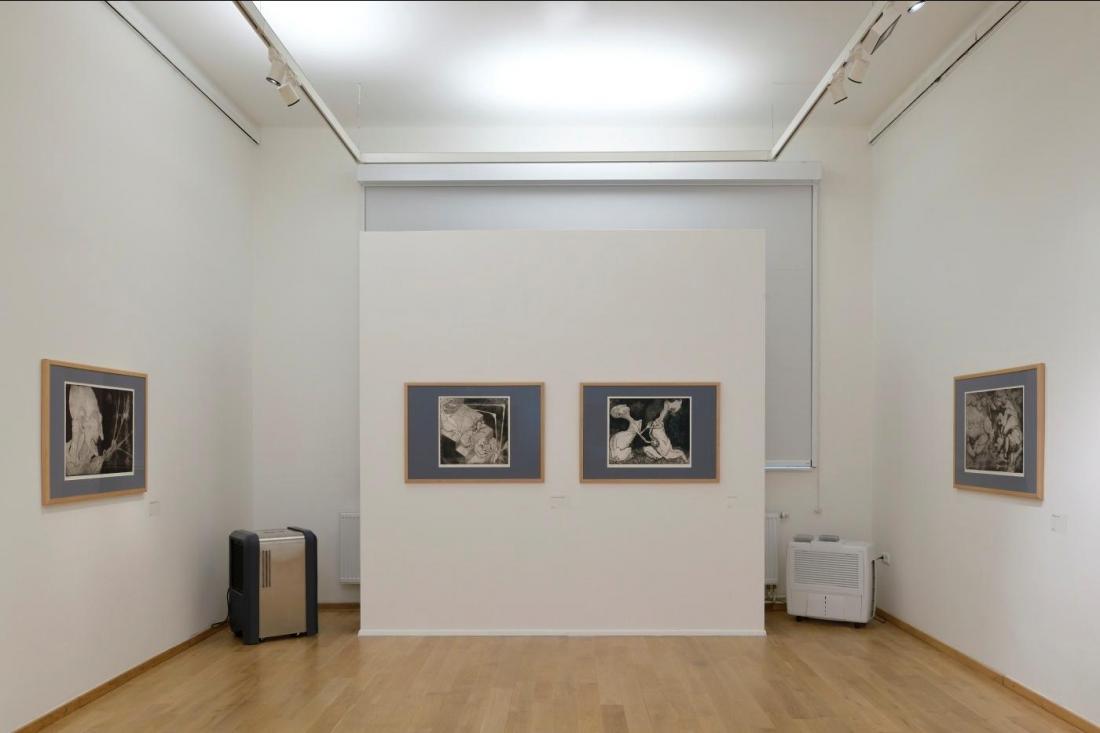 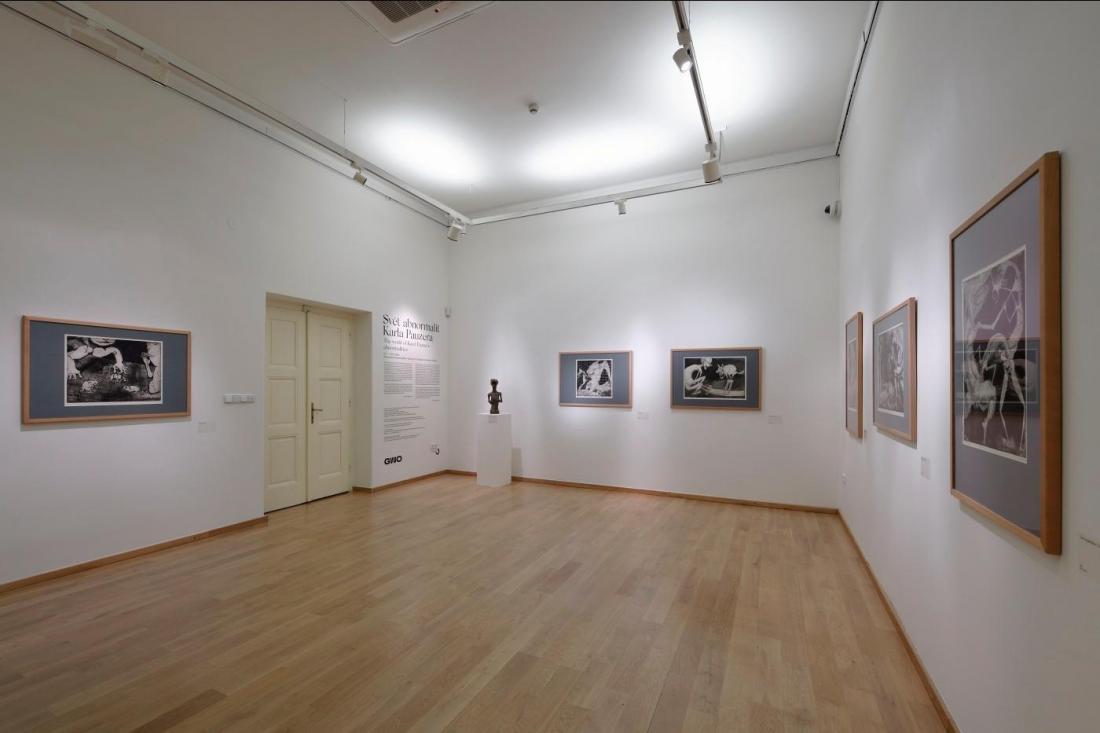 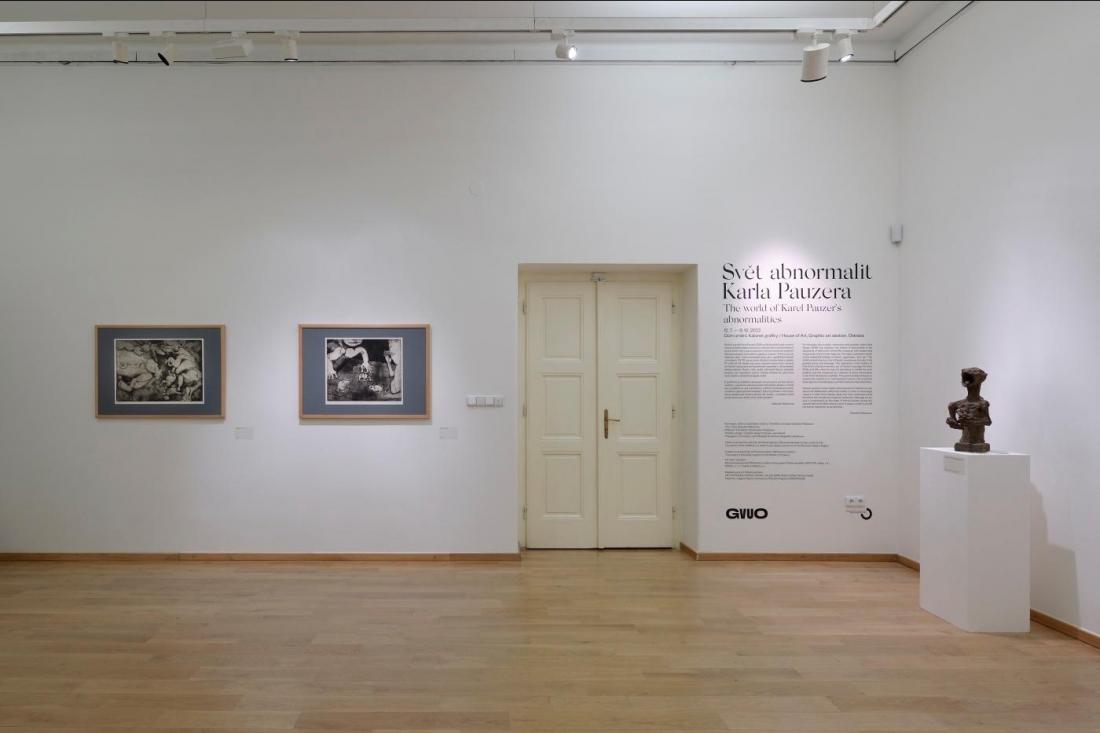 12. 7. – 9. 10. 2022
The patrons of the exhibition is Lukáš Curylo, Deputy Governon of the Moravian-Silesian Region.
Funded by the Czech Ministry of Culture.

For decades, the sculptor, ceramicist and graphic artist Karel Pauzer (1936) has explored the theme of abnormality in his depictions of deformed animal-like creatures with bodies that incorporate many human features. His highly expressive works evoke existential feelings of threat, aggression, and ruin. This motif can be found not only in Pauzer’s sculptures, but also in his graphic prints and drawings. The collections of the Gallery of Fine Arts in Ostrava include a set of Pauzer’s etchings that date from the 1970s and 80s, representing a cross-section of the symbolism he used during that period of his career.

These works clearly demonstrate Pauzer’s intention to use abnormal, deliberately deformed bodies in order to encourage viewers to think more deeply about the inner motivations that lie behind the monstrous creatures’ behaviour. However, his depiction of monsters is merely a proxy: Pauzer’s work covertly alludes to behaviours that are primarily typical of human beings – and his art can thus be understood as a commentary on the state of human society during the second half of the 20th century. Unfortunately, in today’s world this topic has still not lost its relevance …