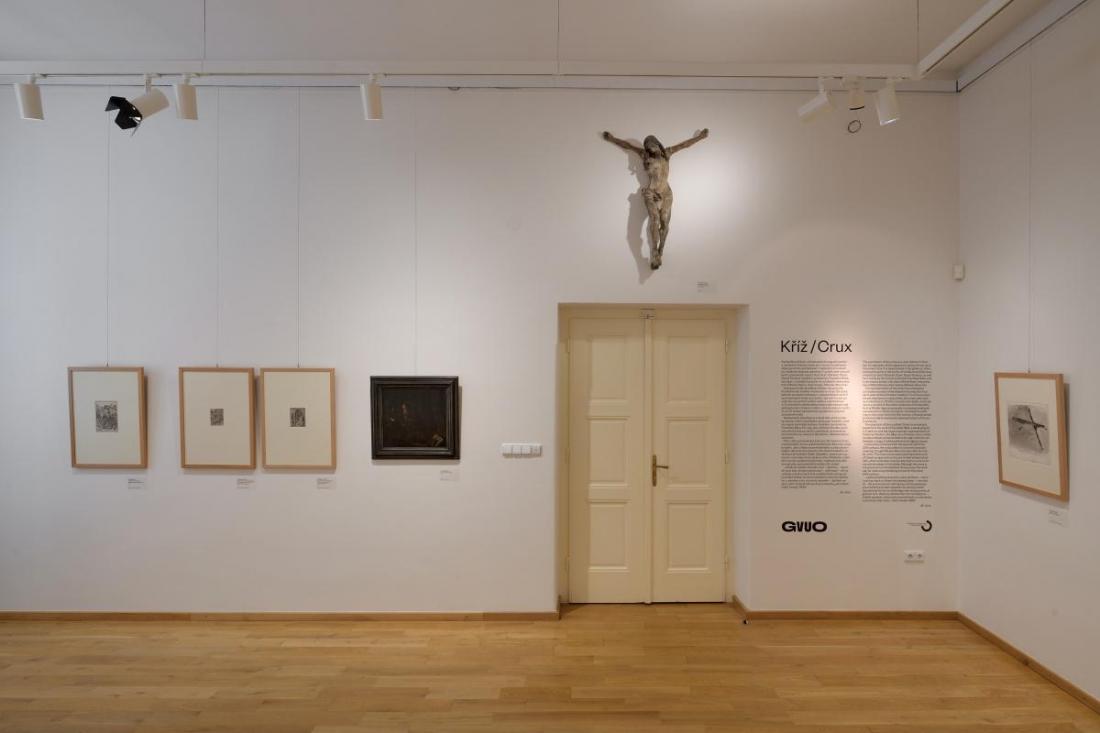 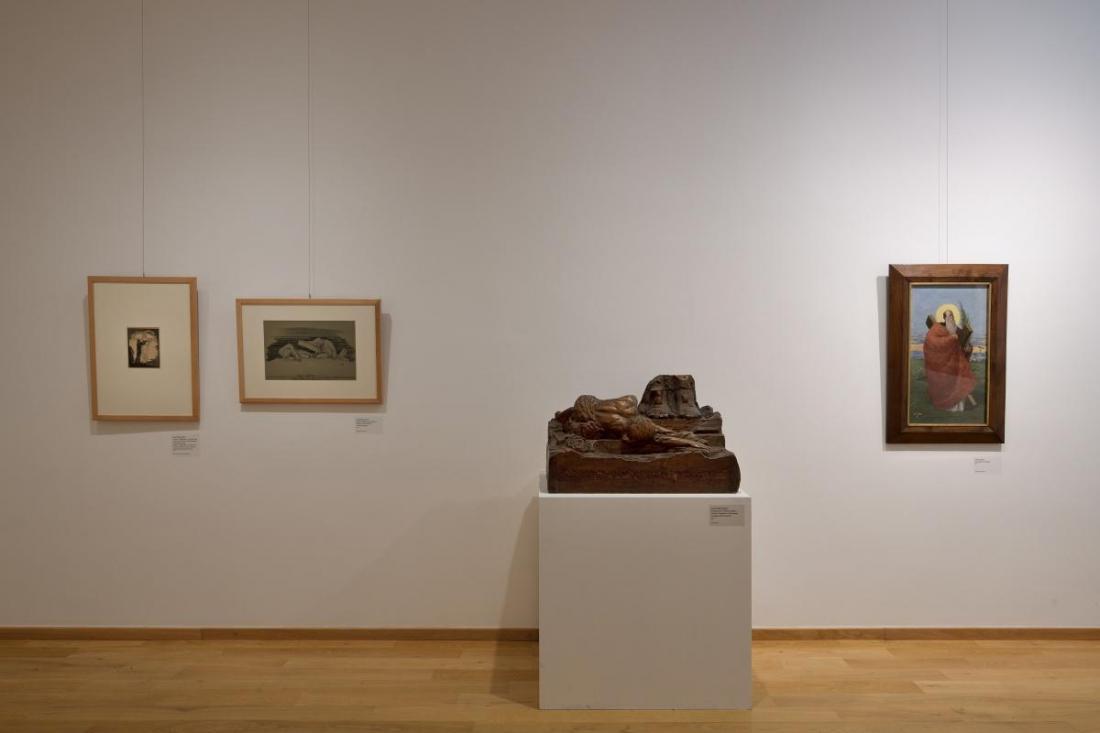 The symbolism of the cross is a core theme in Christian iconography, which appears in various forms up to the present day. It is represented in the gallery’s collections particularly in the works of medieval and Baroque artists (Urs Graf, Albrecht Dürer, David Teniers), as well as in works by the Czech symbolist František Bílek and more recent artists, who have offered freer interpretations (Michal Ranný, Aleš Veselý, Miloslav Moucha).

The representation of the cross has undergone a complex process of development during two thousand years of the Christian tradition. From the earliest simple depictions in catacombs, the cross was used as a reference to Christ’s triumph over death, and it became a symbol of the entire world and of immortality. As the Middle Ages progressed, increasing emphasis was placed on Christ’s humanity, including his suffering on the cross; from the 13th century onwards artists produced highly expressive representations of his tortured body.

The depiction of the crucified Christ is remarkably powerful in the work of František Bílek, a leading figure in Czech art and the most important representative of Czech symbolism. For Bílek, as a Christian, the crucifixion was a deeply personal theme through which he addressed a range of philosophical and religious issues.

In the works of artists from the second half of the 20th century, the cross takes on a more humanistic meaning, though Miloslav Moucha cites directly from St. John. The most monumental and important work of Czech sculpture from this era is Aleš Veselý’s Kaddish, which embodies Veselý’s attempt to come to terms with the death of his father. Although the cross is not present in an immediately obvious way, this work can be seen as symbolizing a cross for the entire 20th century.

… I add something around it, I can’t go there – I can’t – I can’t go back to where I’ve already been – I see there – the entrances are narrowing and the gateways are crooked and sewn together by sewing machines pierced by iron on three legs with sharp points, at ground level there is a throne that I’m not sitting on – I climb upwards, where the tortured body is covered by a structure that cools… (Aleš Veselý, 1965)