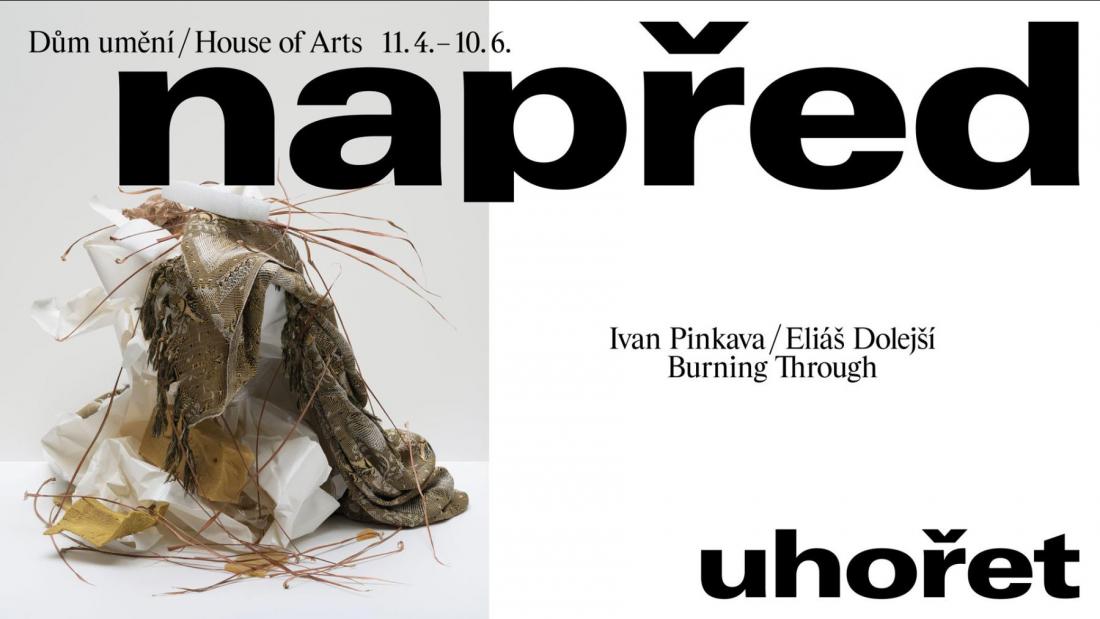 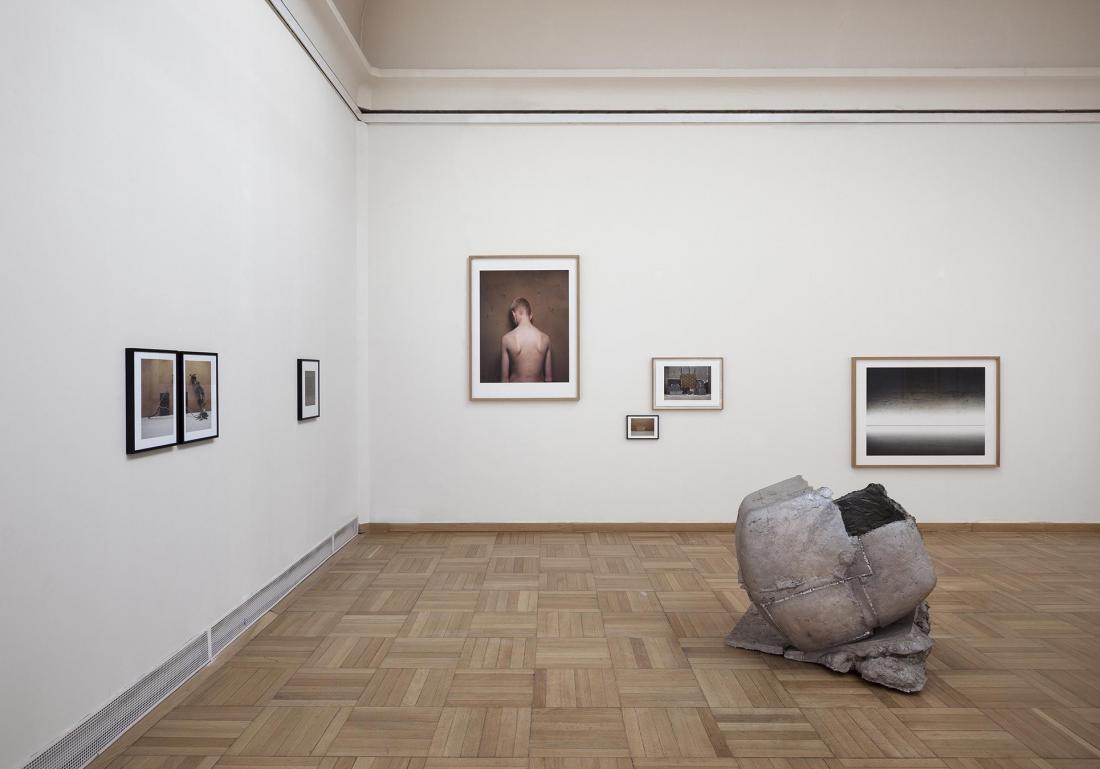 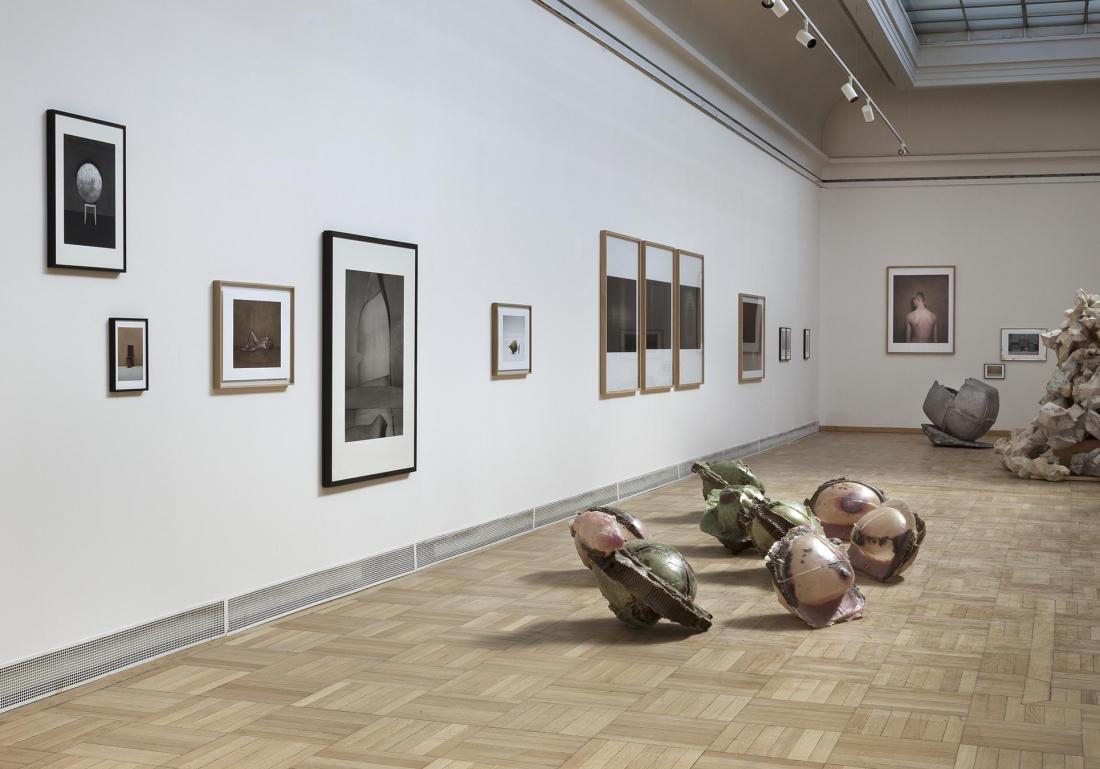 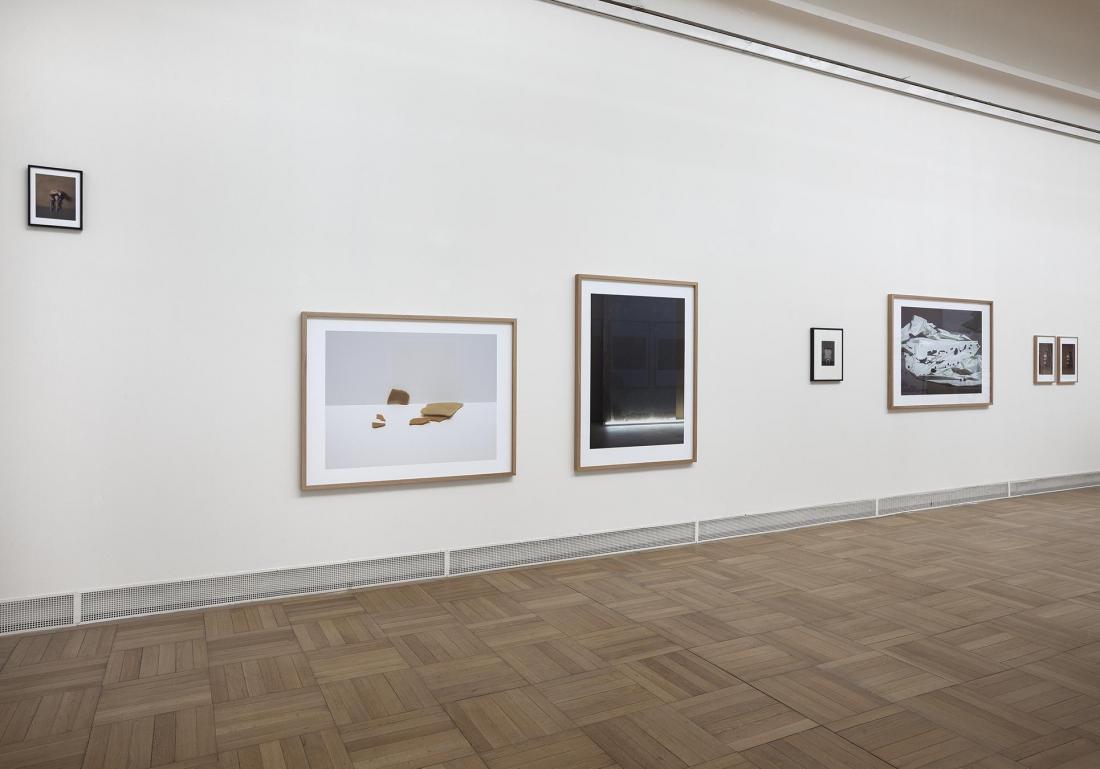 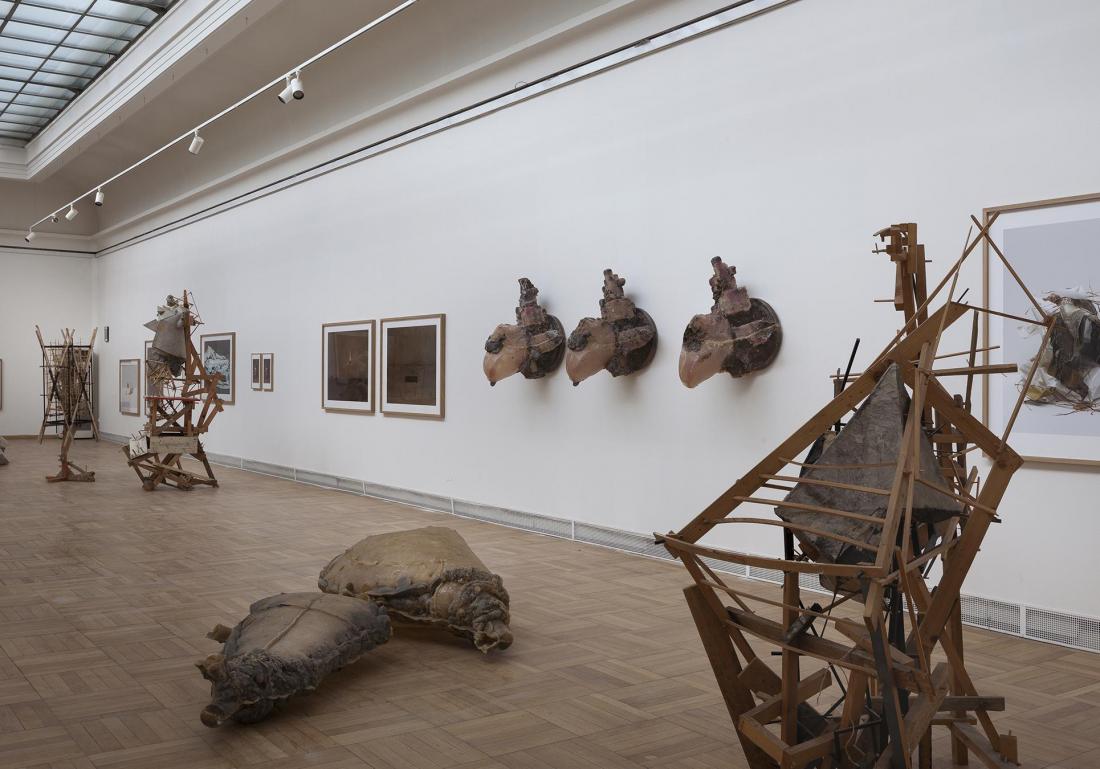 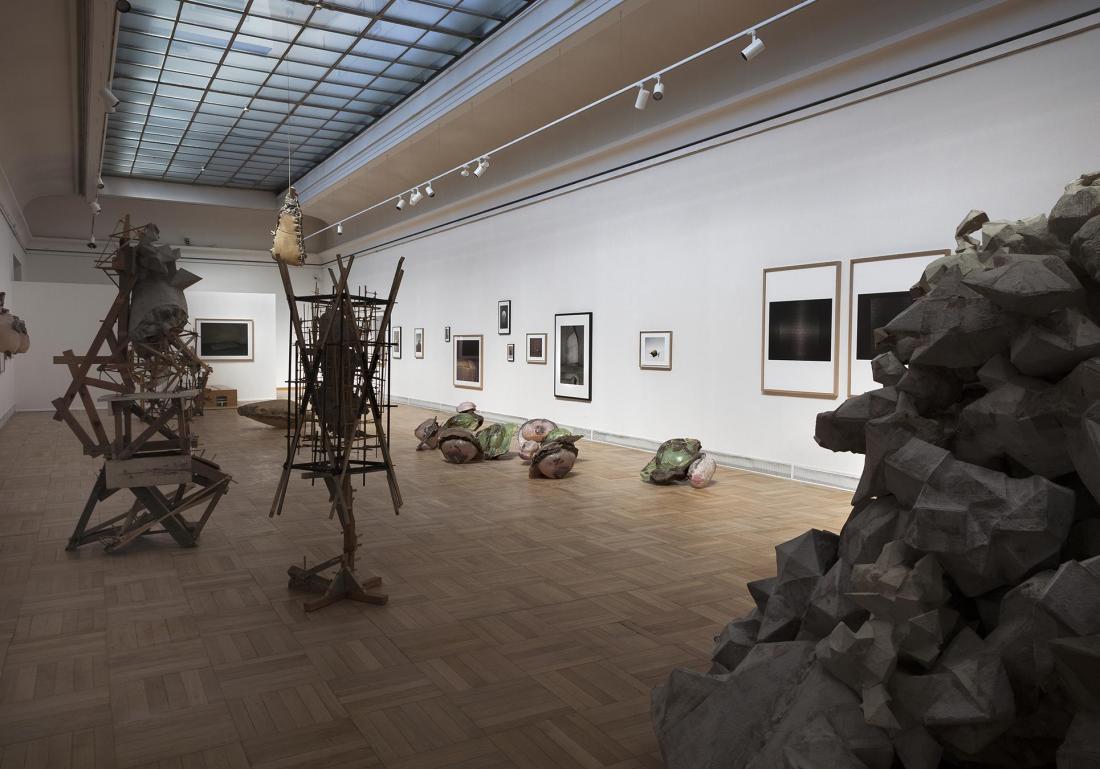 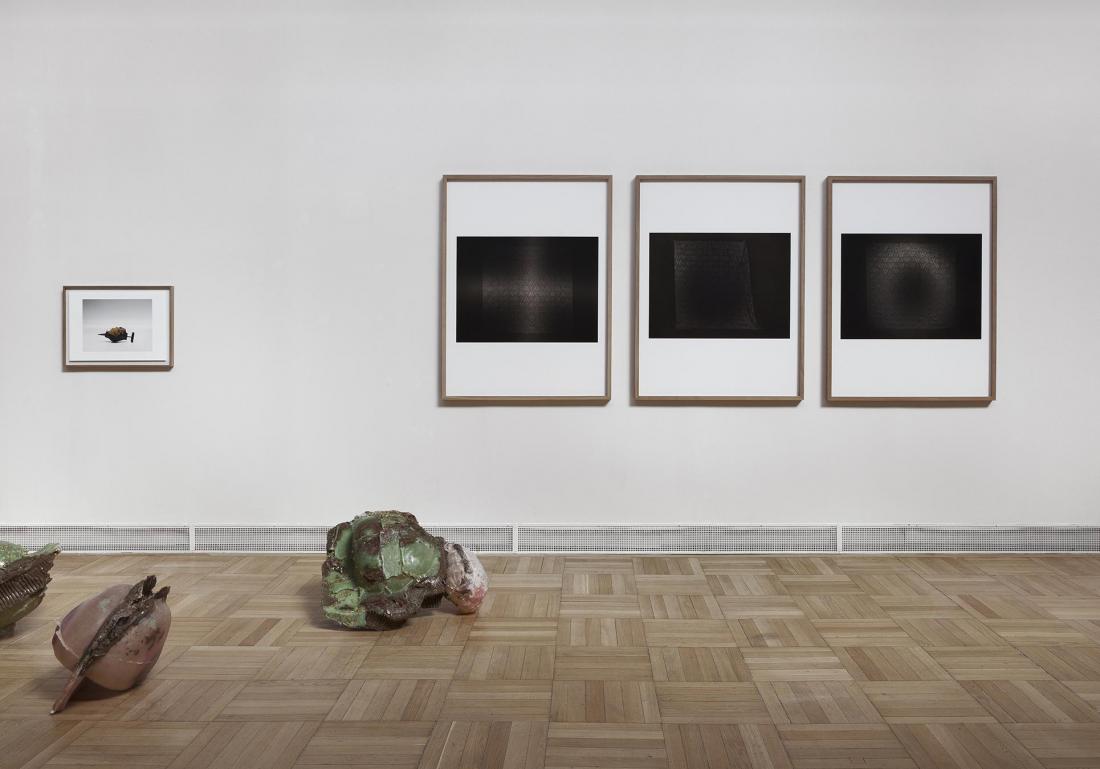 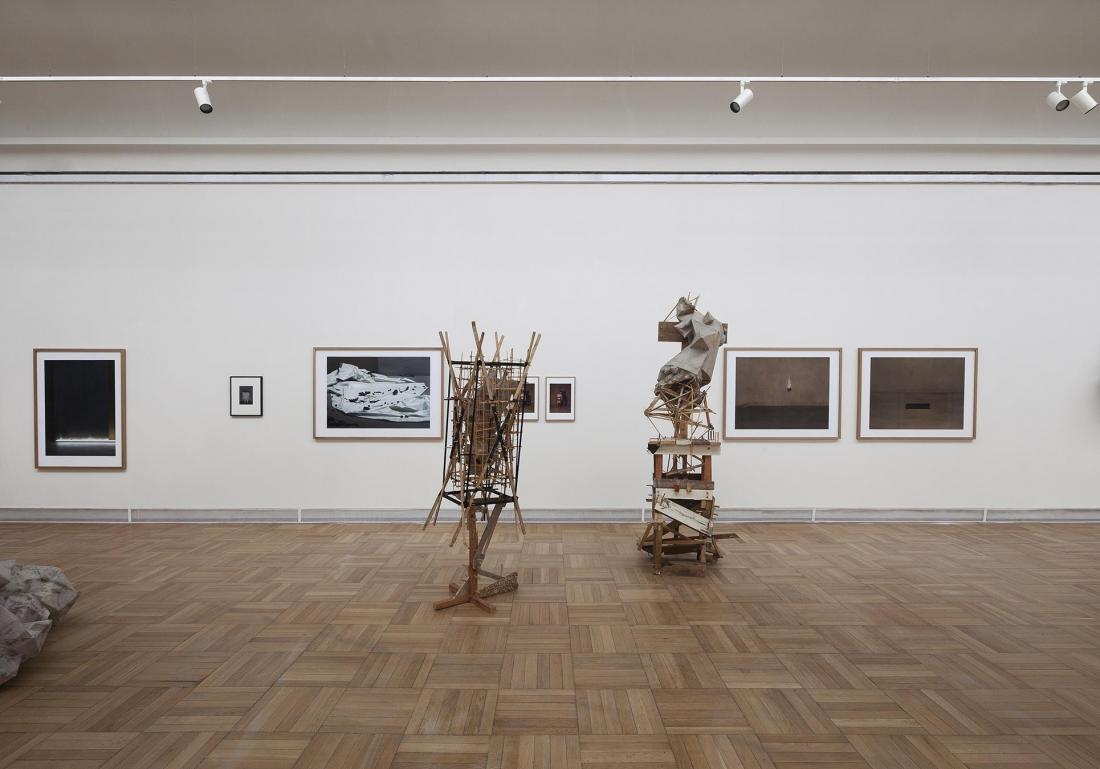 The title of the exhibition – Burning Through – captures both artists’ creative attitude. The idea of “burning” is not one-dimensional; the notion of the artist’s self-sacrifice is subverted and lightened by a stance characterized by an ironic detachment from the self. It encapsulates an attitude that is in line with the poet Robert Desnos’ concept of “stepping naked into one’s fate”. In the poet’s words, fate seems to be something incorporeal – yet it brings a physical sensation. The dynamic clash between the purity of intangible imagination and concrete physical experience forms the foundation for the style and poetics of both artists featured in the exhibition – the photographer Ivan Pinkava (1961) and the sculptor Eliáš Dolejší (1982).

Both artists, in their different media, cut across traditional, established genres in their concerted focus on the theme. Genre boundaries are not important to them. More than aesthetic categories, their works are imbued with the power of momentary expression, which – once captured – lasts and permeates through time. Both artists quench their internal “burning” through their work.  Here we can seek ever-new constructions of forms, emerging from and growing within the chosen material, and becoming fixed as an object or situation. And here we can seek motifs in photographs embodying the non-living and reviving the dead. It is as if the photographs were celebrating a form of abstract mass – presenting, as on an altar, the remnants of human time, against which the relics of hope are ritually contrasted. This dialectical counter-motion lies behind the constant tension that can be seen as condemning us to constantly expect something – something that time will bring, because time, like fate, is perceived in a dichotomous way, both as imagination and as physicality.

The exhibition is conceived as a structural field in which Ivan Pinkava’s photographs tend towards a thematization of linear time (human time, adolescence, youth, ageing, death, the time of civilization), while Eliáš Dolejší’s spatial objects and situations gravitate towards the reflection of cyclical time (myth, meta-narrative, ritual). The exhibition presents both artists’ current and recent work from a non-chronological perspective. It will be accompanied by a printed catalogue capturing the situations created as part of the exhibition installation at Ostrava’s House of Art.